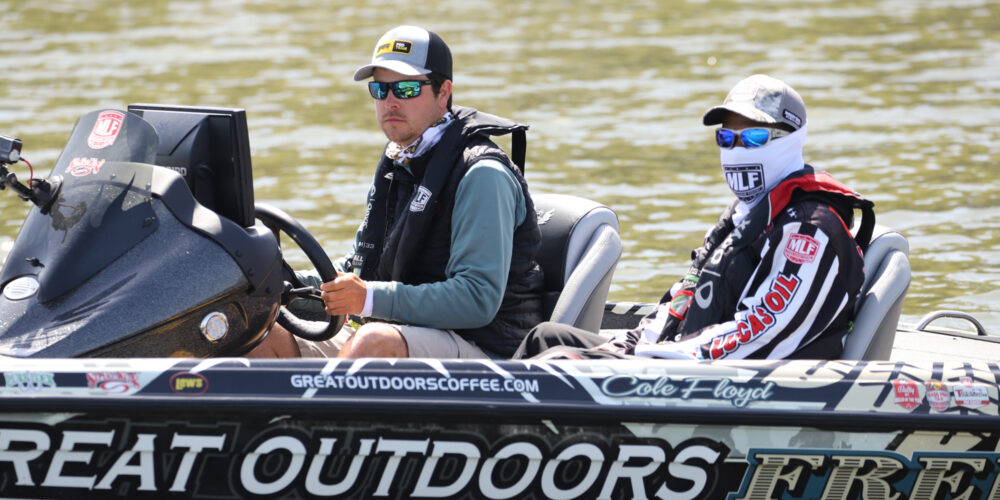 Ohio angler Cole Floyd made his Bass Pro Tour debut this year after two strong years on the Tackle Warehouse Pro Circuit. It was the latest step in a young career that has seen success at every level as Floyd rises through the tournament-fishing ranks.

The 26-year-old Mercury pro dominated at the BFL level, winning three straight AOY titles in the LBL Division while crushing it at college fishing powerhouse Bethel University. Throw in a BFL Regional win, a third place in the BFL All-American and several other accolades and it seemed only a matter of time before he was competing at the highest level of the sport.

Floyd earned a Top 10 in just his second Bass Pro Tour event (at Lake Fork) and enters the final three regular-season tournaments in 28th place in the Bally Bet Angler of the Year Race (and a mere 6 ounces out of the Top 30 cut for General Tire Heavy Hitters in 2023).

Floyd was near the top of the AOY points race for much of the 2021 season on the Pro Circuit, eventually finishing the year in fifth and gaining entry into the Bass Pro Tour. He’s fishing both tours in 2022, and doing a balancing act between the two competition formats.

“I’ve been fishing the Pro Circuit for a couple of years, but the Bass Pro Tour was all new to me and it’s pretty sweet so far,” he said. “Being able to fish against these guys is awesome. I’ve always considered myself a ‘five-fish’ guy trying to target the big bites, but I haven’t had to change my style and (the BPT) hasn’t been as much about finesse fishing as I thought it would be.”

Floyd is already a great angler, but he believes the every-fish-counts format, short practice, and off days have forced him to be on top of his game every day under changing conditions.

“It forces you to make decisions fast to stay on the fish,” he said. “I also like it because you’re never really out of it and can make a comeback even if you’re way down on SCORETRACKER® after the first day.”

Floyd has had to be skilled with every technique to get to this level, but he has a preferred style that he would fish every day if he could.

“I’m a shallow-water power fisherman but can catch them offshore,” he said. “I’ve had success fishing away from the bank on Tennessee River, but flipping and pitching is my favorite thing to do. I grew up doing that, and I always look shallow.”

Several other anglers on the Bass Pro Tour find a way to make the shallow bite work everywhere. One of them is Andy Morgan, an angler that Floyd grew up watching and aspiring to be.

“Kevin VanDam was obviously one I wanted to be like, but I’ve always loved watching Andy Morgan work to break down the shallow bite,” he said. “I look up to him because he fishes like I do. That’s my style of fishing.”

Like any other angler, Floyd had goals to start the season and one of the top goals is to qualify for REDCREST – so far so good as Floyd is 25 ½ points above the final spot to qualify as the Bass Pro Tour enters its final three events.

“Making the championship event in any trail is the goal,” Floyd said. “I started the season off slowly in Louisiana and it’s really hard to gain ground in the standings because these guys catch them at every event. I’m trying my best to climb up, but I can’t complain about how it’s started. Making that Championship Round at Lake Fork helped give me more confidence that I can compete with these guys, and I’m trying to roll with it for the rest of the year.”