The ‘other rigs’: There’s more to rigs than Texas and Carolina

These overlooked rigs shine when the usuals fail 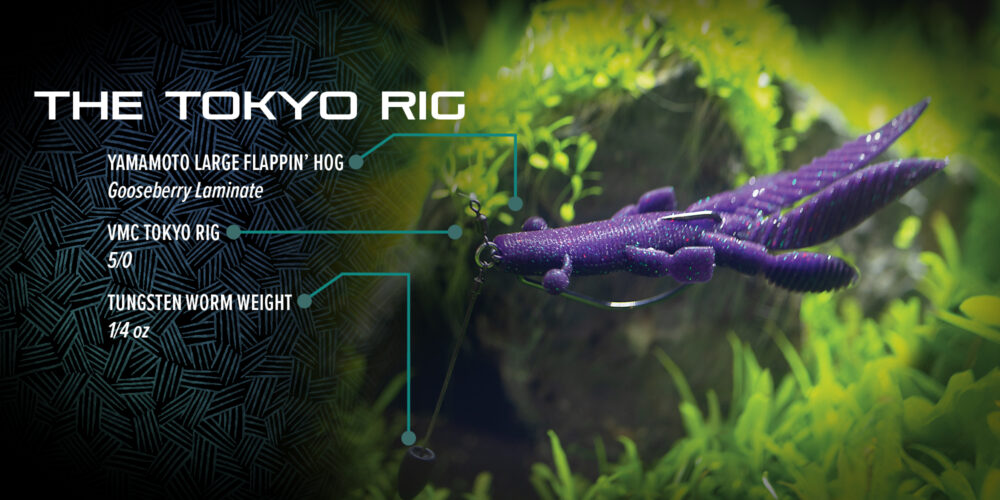 Texas, Carolina, Alabama, wacky – when it comes to “rigs,” these are the staples. You can throw in a drop-shot, too, though most have dropped the “rig” part of the name.

Five “rigs” that probably account for more the 95% of the ways anglers fish soft plastics day in and day out. That’s it.

But why is that?

The obvious answer is because even after decades, they’re still so damn effective.

But are they? Or are they effective simply because it’s mostly all we throw? And what if by switching things up, we might unlock something far more effective?

These are good questions to ask, as we all know that utilizing something that’s even a little different from the rest can have huge returns. They’re questions pros ask all the time, and the answers have changed how we fish. Just look at pros like the late Aaron Martens (an early adopter of the drop-shot) and Brent Ehrler (an early adopter of the Neko rig; more on him in a bit), who both rode new rigs to ultimate success.

With that same curiosity in mind, we talked to a few pros about various “rigs” that are by no means new but are overlooked in various scenarios for the more-familiar “rigs.”

Imagine a wacky rig, but with the ability to be fished at any depth. That’s what Japanese anglers did when they came up with the Neko rig, and it’s all Ehrler could imagine the first time he saw it.

“I immediately liked that it fell like a shaky head, spiraling to the bottom when it falls, but once on bottom, it was a completely different action,” Ehrler said. “It was like a wacky rig on bottom. A shaky head you have to move forward to have any action. The Neko could stay in one spot and have a ton of action.”

That was all Ehrler needed to see, as he quickly adopted the rig, perfected it, and went on to win hundreds of thousands of dollars on it with no one knowing what the heck it was.

By now you probably know what it is, but if you don’t, take a stickbait, rig it wacky style and put a nail weight in one end. That’s the basic gist. Ehrler, of course, has perfected it.

He’ll use either a 5-inch Yamamoto Senko or a Daiwa Yamamoto Neko Straight Worm for either rig, with a rubber O-ring. On the Senko, he’ll use either a No. 1 or 1/0 Gamakatsu G-Finesse Stinger Weedless Wacky Hook and on the Straight Worm, he’ll use the same hook but in either No. 1 or No. 2 sizes. For his Neko rig, he’ll add a 3/32-ounce Ark Tungsten nail weight, and he’ll be sure to slide the O-ring down closer to the nail weight as opposed to in the center of the worm like he does on the wacky rig.

From there, it’s just trial and error to see which worm does best.

“The Straight Worm falls slower on the Neko,” Ehrler said. “So if the fish are suspended, I’ll usually use that to allow it to hang in his face longer, and he’ll usually eat in on the sink.”

As for when to use it, Ehrler still prefers the wacky rig if he’s fishing shallow (5 feet or less), as that allows it to hover and tempt bass best. But anything deeper than that, the Neko gets the call. He’ll even choose it over a drop-shot many times when he feels the fish are truly bottom-oriented, feeding on crayfish.

“If I’m fishing vertically or if the fish are looking down to feed, the Neko rig pretty much is my go-to presentation,” Ehrler said.

Few rigs make anglers roll their eyes more than the Ned rig, but as much as some anglers seem to loathe it, no one can argue its effectiveness. Something about that pudgy little offering on a mushroom head makes bass attack it like it’s personally wronged their families.

However, the lure seems to have been pigeonholed into one solely for smallmouth or to catch numbers instead of big fish. Tackle Warehouse Invitationals pro Grae Buck disagrees.

“I pick up a Ned rig over a Texas rig or shaky head whenever I need to finesse the fish even more to get more bites,” Buck said. “The Z-Man TRD is only 2.75 inches. It’s a tiny, tiny bait. So they don’t even have to be actively eating. They’ll just go pick it up because it’s so small. It’s like a little snack for them.”

And whether you’re little or big, most of us can’t help grabbing a little snack if it’s just sitting in front of us. And that goes for all species of bass.

Buck has two different ways he likes to fish a Ned rig. The first is on a 1/5-ounce Z-Man NedlockZ HD head, which he’ll use when the fish are feeding on the bottom. However, if the fish are suspended and he’s targeting them with forward-facing sonar, he goes with 1/16-ounce Hayabusa Brush Easy head, as it causes the rig to sink so slowly, most fish will just swim over and eat the snack before it ever gets close to the bottom.

Now, as effective as this little snack can be at getting bites and how much more versatile it can be than anglers give credit, Buck admits it does have some limitations.

“It’s definitely not great for skipping,” Buck said. “And while it comes through rock decently well, it’s not great in grass or around wood unless you’re using one with a hook guard. And even then, because it’s so small, it’s usually best in more open-water situations where the fish can see it more easily.”

Or, as one of the most underrated bed-fishing lures you’ll find.

“(A fish on a bed) might not look at a Texas rig or even a drop-shot sometimes,” Buck said. “That’s when you throw in a Ned rig. It’s incredible how they’ll just immediately attack it.”

Fishing rock piles on Clear Lake is not like the ones you fish on your home lake.

“Clear Lake has this volcanic rock that is really, really snaggy,” Cody Meyer said. “I mean, it’s so bad that you’re constantly snagged throwing a football head and we used to try and float a 1/4-ounce jig above it, because if you touched it you were snagged.”

That is, until Meyer started tossing the Owner J-Rig.

So, what is the Tokyo or J-Rig? Take a drop-shot; get rid of the “drop” line for either a wire with a weight on it (Tokyo) or just a bell sinker (J-Rig); and add an offset, wide-gap hook.

It doesn’t look like much, but Meyer says it transformed his ability to fish those snaggy rocks and other cover.

“It comes through stuff so much better than a Texas rig,” said Meyer, whose favorite size is a  1/4-ounce with a 5/0 hook. “That weight leads and allows the bait to sit horizontal behind. And when you’re working the bait, the weight will move and clear itself. So, your bait is 10 times cleaner coming through cover and hardly gets hung up.”

To clarify, Meyer is not punching or even flipping truly heavy vegetation with the rig (though, he has). He’s more talking sparse hydrilla and milfoil, casting it out and dragging, shaking and popping it back to the boat while always keeping in contact with the bottom. The result is a different action than any Texas rig that also keeps the lure cleaner.

Same goes for rocks, where he’ll drag it like a jig or sometimes put a small swimbait on it and slowly swim it, keeping contact with the rocks because he knows he won’t get hung near as much.

“I used to use strictly creature baits with it, but I’ve learned in places like Florida to use slender baits, too, like a Yamamoto Senko,” Meyer said. “It gets in and out of the cover better and truly has such a different action that gets more bites.”