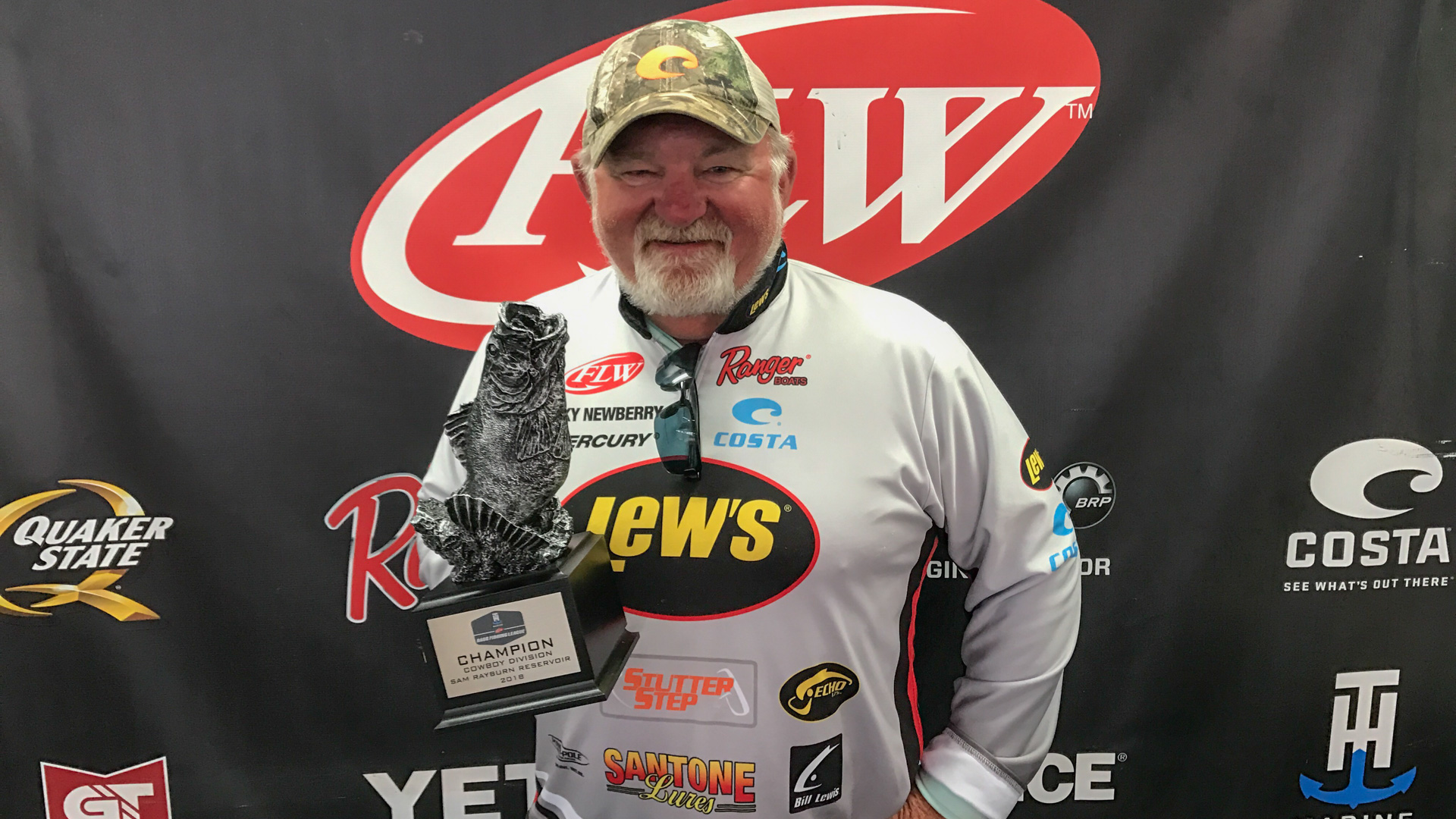 “I started out fishing shallower ridges, but ended up catching staging females in drains,” said Newberry. “It took a little while to figure them out. Around 11 a.m. I worked through a drain that ran up the side of a point in deeper water. There was some scattered grass on the bottom, and I think there were females in there staging getting ready to move up to spawn.”

Newberry said the drain was around 100 feet wide and 12 feet down, and that he used a ¾-ounce red Rat-L-Trap and a Carolina-rigged lizard to catch his fish.

“I thoroughly fished the drain with both and caught 3 keepers,” said Newberry. “After that I ran to 10 or 12 different spots that looked similar to it, finding fish in over half of them. A lot of my day was about knowing where those additional drains were. I think a lot of people have a tendency to stay put if they start catching them, but I continued to move after those three bites.”

Newberry’s day was capped off with a 7-pounder at the last drain he visited, which he caught using the Rat-L-Trap.

Scotty Villiness of Ponca, Arkansas, caught a bass weighing 8 pounds, 13 ounces – the heaviest of the event in the Boater Division – and earned the day’s Boater Big Bass award of $940. 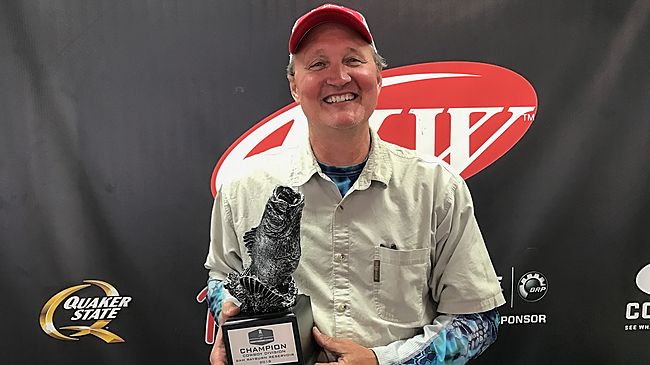 Royal caught the largest bass in the Co-angler Division – a 7-pound, 5-ounce fish. The catch earned him the day’s Co-angler Big Bass award of $470.