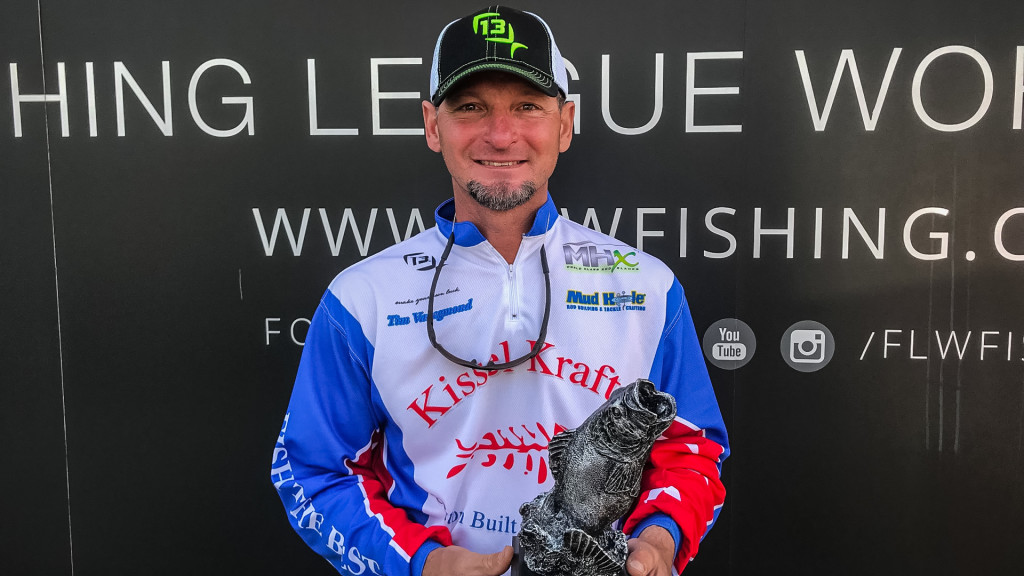 “I caught everything flipping a green-pumpkin-colored Reaction Innovations Sweet Beaver and a Strike King Rage Bug under docks,” says Vanegmond, who earned his first career win in FLW competition. “I had to skip the bait all the way to the center, that’s the only way I could get a bite.”

Vanegmond says he spent his time fishing 15 docks, in sight of the takeoff ramp in Sugar Creek. He says once he figured out the fish weren’t on the dock’s edges, the bite improved dramatically.

“It took me about two hours to get my first bite, but after that I really started catching them,” says Vanegmond. “I probably had 18 fish throughout the rest of the day.”

Girard Jones of Macon, Georgia, weighed a 6-pound, 9-ounce bass – the heaviest of the event in the boater division – and earned the day’s boater big bass award of $725. 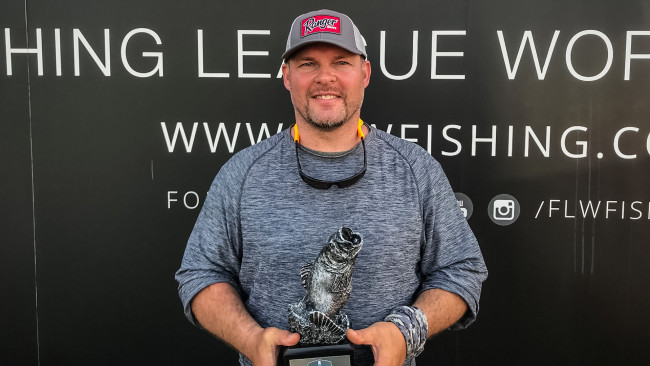 Sayasing caught the largest bass in the co-angler division weighing in at 5 pounds, 10 ounces. The catch earned him the day’s co-angler big bass award of $362.