Cypress trees, docks hold the keys to a BFL championship 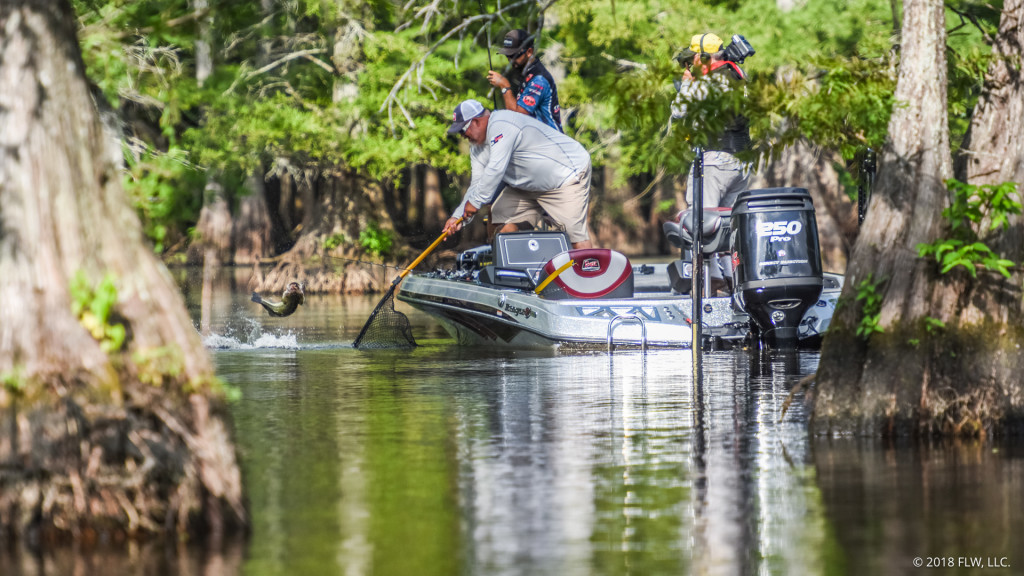 As many projected, the weights on day two of the 2018 T-H Marine FLW Bass Fishing League All-American on Cross Lake fell off substantially. Given Cross Lake’s small size and the intensive fishing pressure it receives as a suburban fishery, it simply couldn’t keep producing the weights seen on day one (eight limits of more than 20 pounds) for multiple days.

As a result, those who rose to the top of the leaderboard today had to find something different to do to survive the day-two slump. Leader Randy Deaver found success by moving out of the cypress tree jungle, down into the main lake to a mixture of cypress trees and docks along the bank.

Others in the top five came up with different ways to adapt on day two as well. 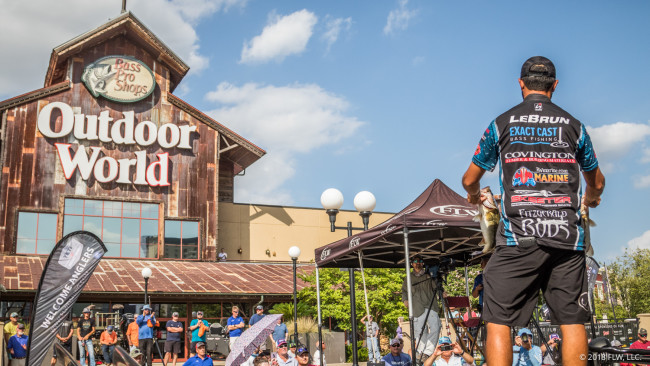 Nick LeBrun got well on day one by cranking cypress trees to the tune of 26-9. This morning when he resumed his cranking game, LeBrun caught three fish early and then hit a wall. At that point he new he had to get in survival mode.

“It was like I hit this dead zone for several hours,” LeBrun says. “So I switched over to bream bed areas in shade and began throwing a frog, which is what bailed me out. I caught a couple on a frog to finish a limit and then culled up once to salvage the day.”

He finished with 16 pounds. 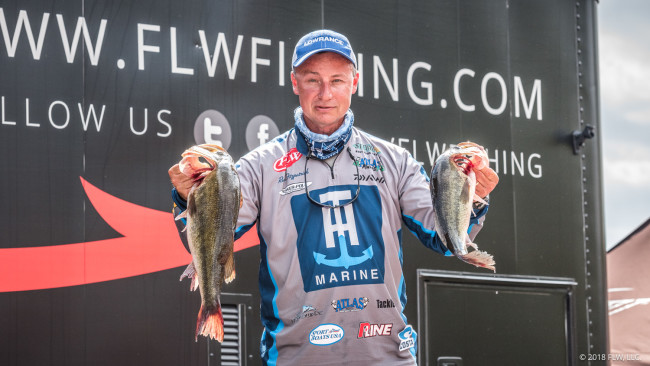 Roger Fitzpatrick caught the second heaviest limit on day two – 20-6 – which vaulted him into third place.

Fitzpatrick fished in the cypress forests much of the first day, but he, too, had to resort to the main-lake banks today to stay in the race.

“Those trees are just getting so beat up that I had to find an alternative,” Fitzpatrick says. “So I moved down the lake to fish some of those banks that have a mix of trees and docks. I’m using a one-two punch of topwater and flipping in those areas. If one misses the topwater, sometimes I can pitch back in there with a flipping bait and catch the fish.” 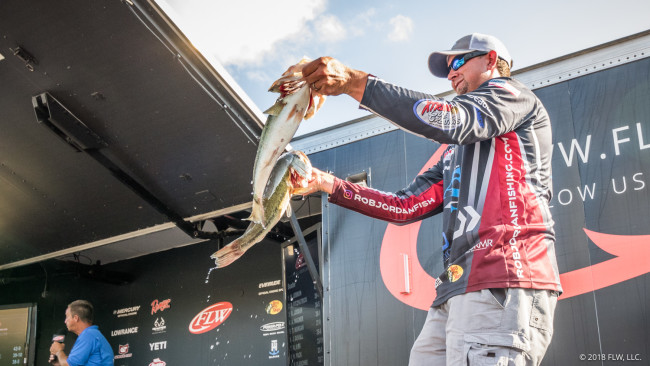 Rob Jordan moved up two spots with a 16-10 catch today.

Jordan has been making a living around isolated tree clusters and duck blinds. He says he’s using every trick in the book to fool the heavily pressured fish.

“I’m staying way back off the trees, making long casts and even turning my sonar off – anything that might get me an extra bite or two,” Jordan says. “This afternoon, when the sun got real high, I found a bream bed and caught three of my best fish off that. I wish I could find more of those beds. I think that’s what these bigger bass are relating to. But the water here is not clear at all, and those beds are hard to see unless you have direct sun for sunlight penetration.” 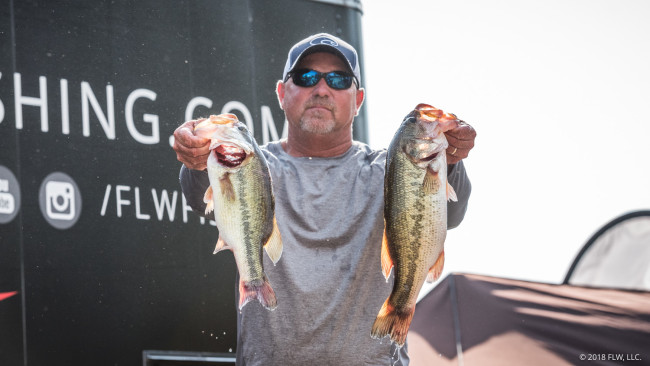 After weighing 22-12 on day one, Adam Wagner salvaged his second day with a 15-5 catch to keep him in the top five.

“It was a survival day for me,” Wagner says. “My trees just went dead on me this morning. It was getting bad there for a few hours, so I moved out and started flipping some duck blinds for a different look and caught a couple that got me back on track. After that, I went back to the trees, and the bite had picked up a bit more with that high sun and slick water. I switched back to a little worm and finished out a limit.”