Deaver Takes Over at Cross Lake 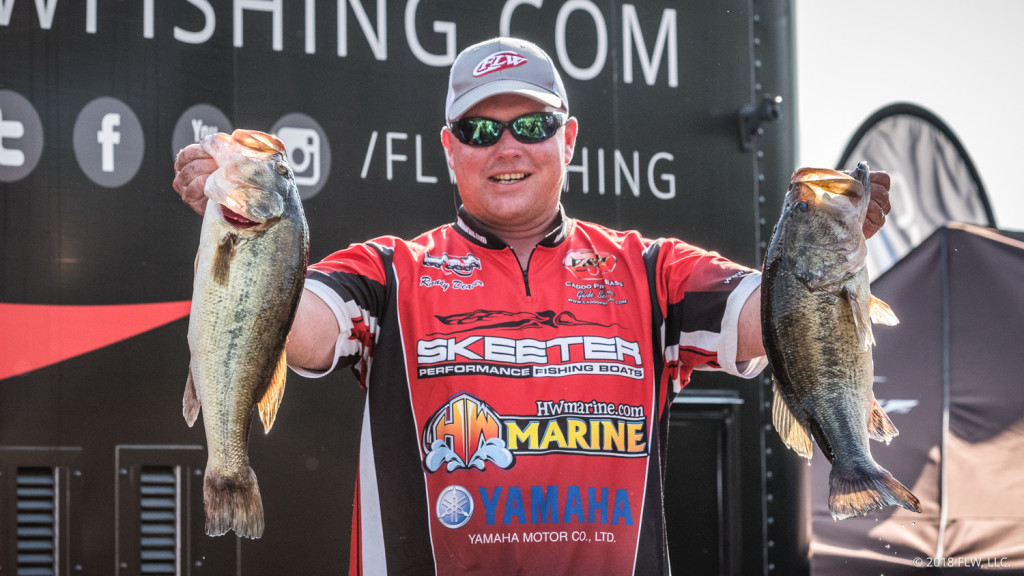 Long before the 2018 T-H Marine FLW Bass Fishing League All-American on Cross Lake began, there was much speculation among local anglers that the event would be won by either Randy Deaver of nearby Blanchard, La., or Nick LeBrun of Bossier City.

The reason for favoring the local sticks was that they would be able to catch fish over the course of multiple days on Cross Lake, which has a bad reputation for offering up great one-day weights but paltry second-day weights due to the impact of the fishing pressure.

Today, that script came true. After a stunning day one where eight limits of more than 20 pounds crossed the stage, today just two boaters topped the 20-pound mark. And, lo and behold, the two names now out front are Randy Deaver and Nick LeBrun.

LeBrun caught 26-9 on day one to take the lead. But today his good friend Deaver was the man with the hot rod, sacking up 25-3 to take over the lead with 46-3.

Deaver now has a 3-pound, 9-ounce margin over LeBrun, setting up a serious shootout between the two friends for a $100,000 payday on championship Saturday.

Both Deaver and LeBrun started within 100 yards of each other on day one. Both were trying to grab the low-hanging fruit in the forests of cypress trees in the lake’s west end. That worked well for the first day, but today pressure in the area had taken its toll, and both pros had to reach into their bags of Cross Lake tricks to keep the momentum rolling. As it turned out, Deaver’s bag of tricks was a little deeper today.

“I’m not just committed to the trees in that [west] end,” Deaver says. “I’ve got some main-lake stuff I’ve been saving, and today it paid off big. I have certain stretches of main-lake banks that have mixed docks and trees that are productive. They’re places I’ve learned over the years, and timing is a big key on them. They are definitely an afternoon deal. In fact, I have not had a bite either day before nine. The sun has to get up, and it needs to get hot to make this work.”

As for technique, all Deaver would share is that he’s doing more flipping than anything.

“I think I’ve found a bait that’s really working for me, and I don’t want to reveal it just yet,” Deaver says. “When the tournament started, I thought the bream spawn was the key thing. But yesterday my fish spit up so many crawdads in my livewell that I had to clean the strainers out this morning. That has led me to a bait change that seems to be working.”

As this local shootout resumes tomorrow for the 2018 All-American title, Deaver says he still has a lot of water to fish that he has not pressured yet.

“I’m sure other people have fished them, but these places are real timing deals,” he says. “One hour they don’t bite, and the next hour it’s on, so I’ve got to really get that timing right tomorrow to pull this off.” 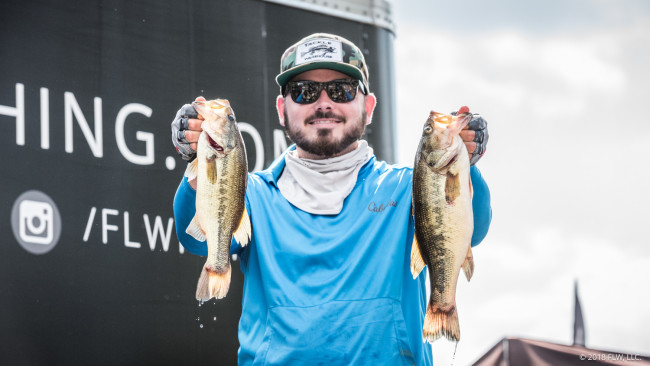 Jesse Sparks of Avondale, Ariz., backed up a strong day-one performance of 16-9 with 9-11 today to maintain the lead in the All-American's co-angler contest. His two-day weight of 26-4 has him just 8 ounces ahead of Mike Allen of Mississippi.