What worked for postspawn bass around cypress trees, docks and duck blinds 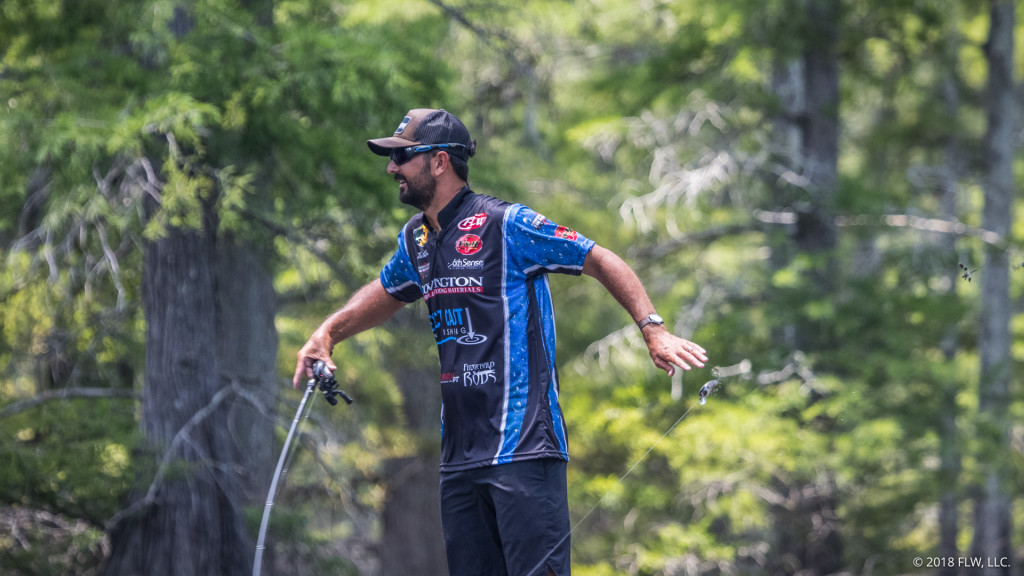 Fishing cypress trees (both in dense stands in the bayous and scattered clusters elsewhere), docks and duck blinds were the only patterns employed by the top 10 finishers at the 2018 T-H Marine FLW Bass Fishing League All-American on Cross Lake.

The fish were definitely postspawn, and it was a scorcher of a tournament with surprisingly good weights. Here’s what the top 10 used to sack ’em up. 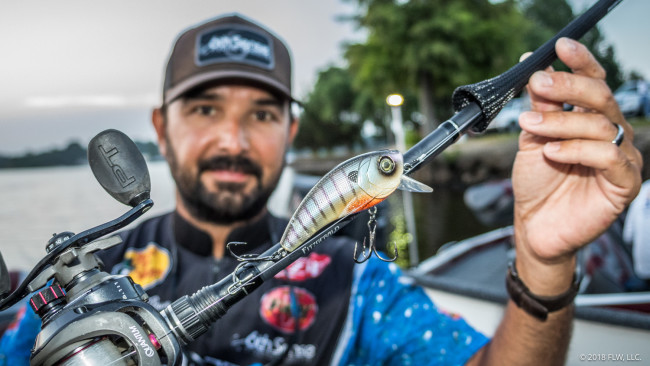 1. Local pro Nick LeBrun primarily fished a 6th Sense Movement 80X shallow-running crankbait in the bluegill spawn color. Most bites came when he deflected the bait off cypress trees. LeBrun also used the same bait in the wild lava craw color. Occasionally he flipped the trees or duck blinds with a 1/2-ounce V&M Pacemaker Flippin Jig in the blue shadow color with a V&M Flat Wild trailer in the same color. On day two, a SPRO popping frog bailed him out on what turned out to be a tough day. LeBrun fished the crankbait on a Fitzgerald Bryan Thrift Series 7-foot, medium-heavy cranking rod with 17-pound-test Bass Pro Shops XPS fluorocarbon and a Quantum Smoke S3 (6.1:1) reel. He fished the frog on 50-pound-test Fitzgerald Vursa Braid. 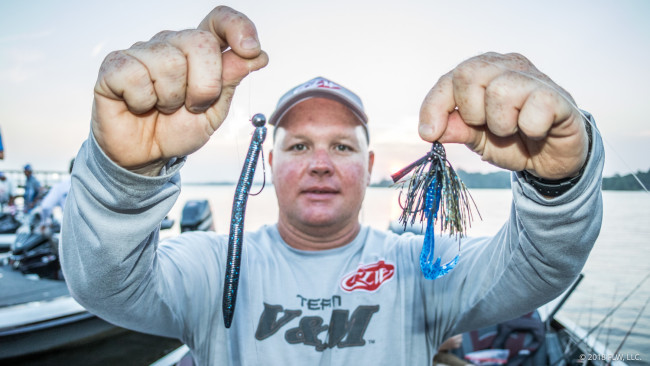 2. Another local, Randy Deaver came up one big bite shy of the win. He fished a V&M Pacemaker Flippin Jig in the blue shadow color with a V&M J-Bug trailer in sapphire blue. A 5-inch V&M Chopstick (black and blue) filled in for finesse duty, and a square-bill crankbait caught a couple the final day. 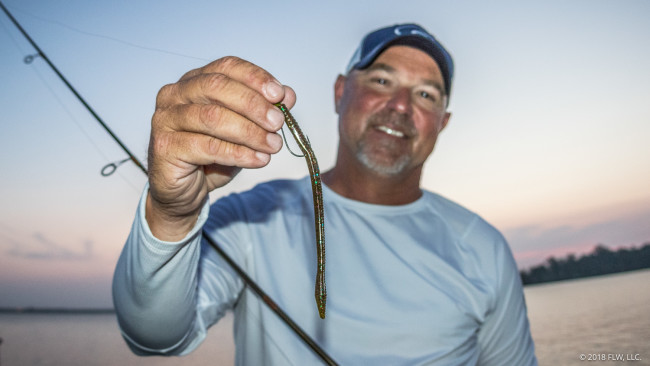 3. Adam Wagner made his 57th top 10 mostly by finesse fishing with a 1/8-ounce shaky head and a Zoom Trick Worm in the tilapia color. On the final day, he caught three of his keepers by swimming a 1/2-ounce D&L Tackle jig in the game changer color with a Zoom Z-Hog Jr. trailer. 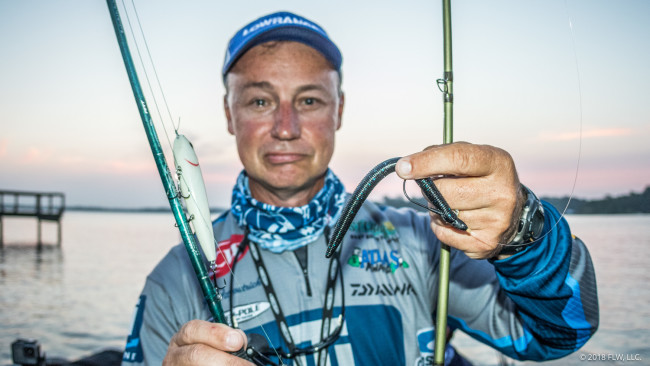 4. Missouri’s Roger Fitzpatrick walked a bone-colored Strike King Sexy Dawg around trees and docks, and he flipped a black and blue Yamamoto Senko rigged Texas style with a 1/4-ounce weight. 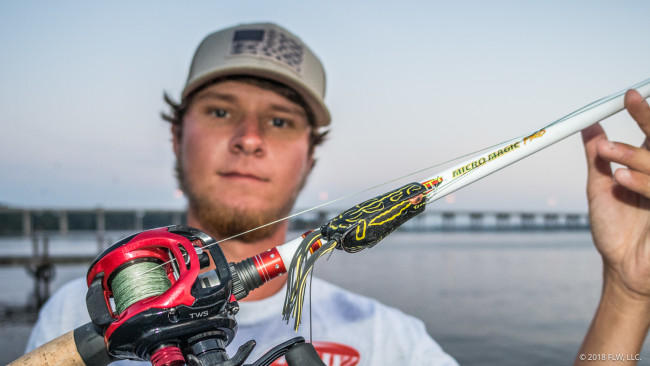 5. A black and yellow SPRO popping frog caught 14 of Tyler Morgan’s 15 keepers. He caught one of his day-one fish on a spinnerbait when the wind was blowing into his primary area. 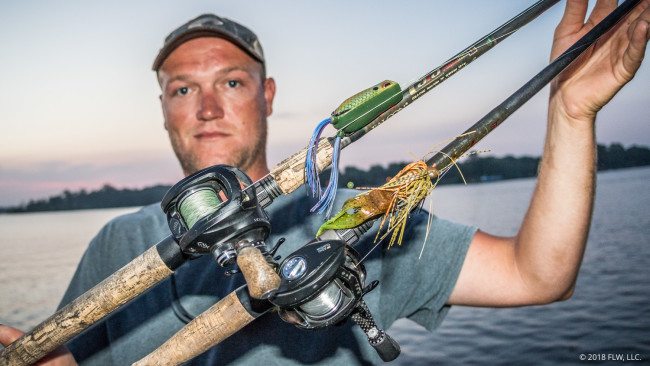 6. Also frogging was John Duvall, who used a SPRO popping frog in the killer gill color. When he flipped, Duvall used a 1/4-ounce Katch-Her Lures jig in Rob’s craw with a green pumpkin orange Zoom Super Chunk as a trailer. He also worked in a white 1/4-ounce buzzbait from Picasso. 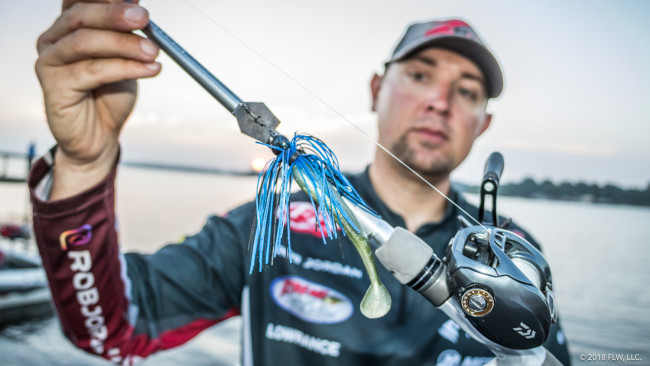 7. Seventh-place pro Rob Jordan rolled a 3/8-ounce Z-Man ChatterBait Custom with several different trailers, including a straight-tail bait, a paddle-tail swimbait and a Z-Man SwimmerZ. For flipping, he used a Z-Man Palmetto BugZ in California craw. And he finessed with a variety of worms on 1/8-ounce Fish Head Hammer jigheads. 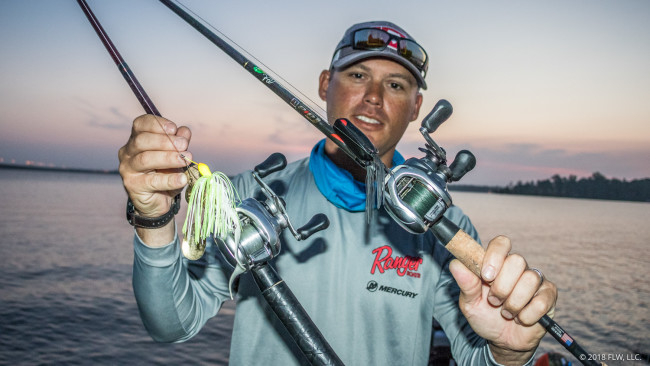 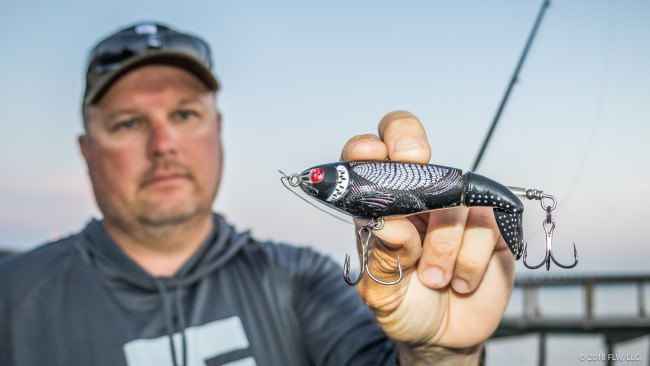 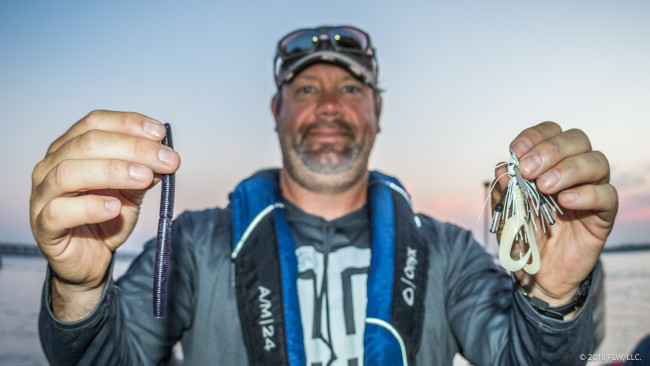