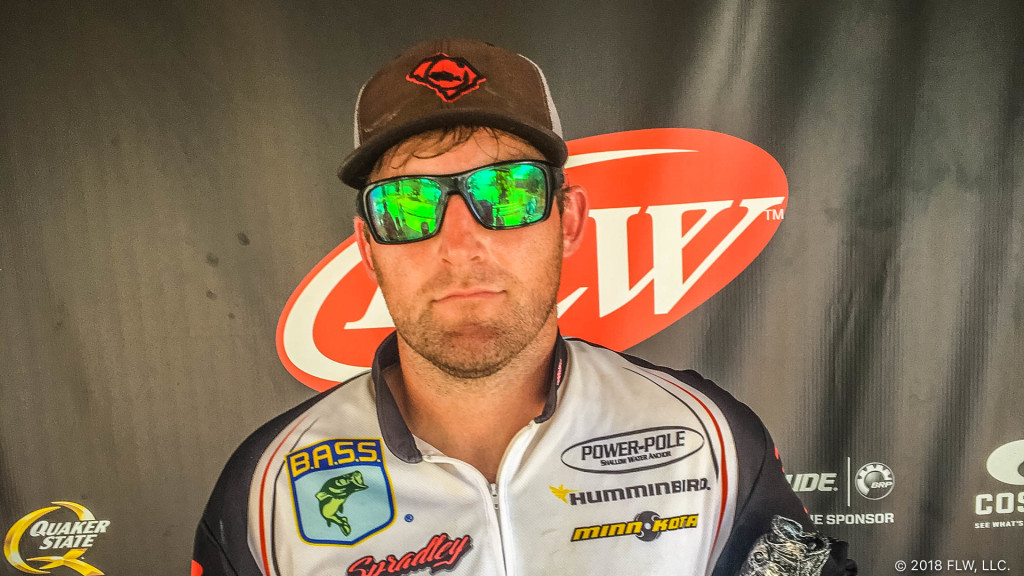 “I fished offshore in 20 to 25 feet of water on the lower end of the lake,” says Spradley, who earned his second career win on Clarks Hill Lake in BFL competition. “I used a ¾-ounce green-pumpkin-colored Buckeye Lures Mop Jig with a green-pumpkin Zoom Super Chunk trailer and a (Texas-rigged) green-pumpkin Zoom Ol’ Monster Worm with a 3/8-ounce WolfStone tungsten weight.”

Spradley focused on humps and the ends of points, staying within 15 minutes of the takeoff ramp for the majority of his day.

“Instead of using my electronics to scan the structure, I used the jig as a searchbait to find the grass line because the grass is so short,” says Spradley. “I’d use the jig up on rock structure and when I found where the rock and grass met, I put on Spot Lock [on my MinnKota Ultrex] and switched to the worm and made the same cast. I worked through the grass, down into deeper water and back to the boat.”

“All of my quality fish seemed to come from where the rock line met the grass, or in the grass,” says Spradley. “As I worked in the hydrilla, they would hit the worm on the fall, or if it got down into an open patch.”

Spradley says his boat played a large role in his success Saturday.

“The boat traffic was really heavy on the lake. I run a Falcon F215 and it was critical in handling the rough water. I could cover a lot of water, even with the waves, and was able to stand on the deck and be comfortable. It was a big help.”

Browning brought a 6-pound, 13-ounce bass to the scale – the heaviest of the event in the Boater Division – and earned the day’s Boater Big Bass award of $415. 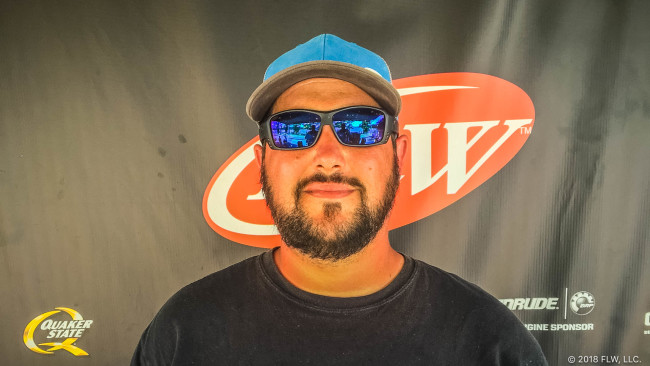 Davis caught the largest bass in the Co-angler Division weighing in at 4 pounds, 6 ounces. The catch earned him the day’s Co-angler Big Bass award of $207.