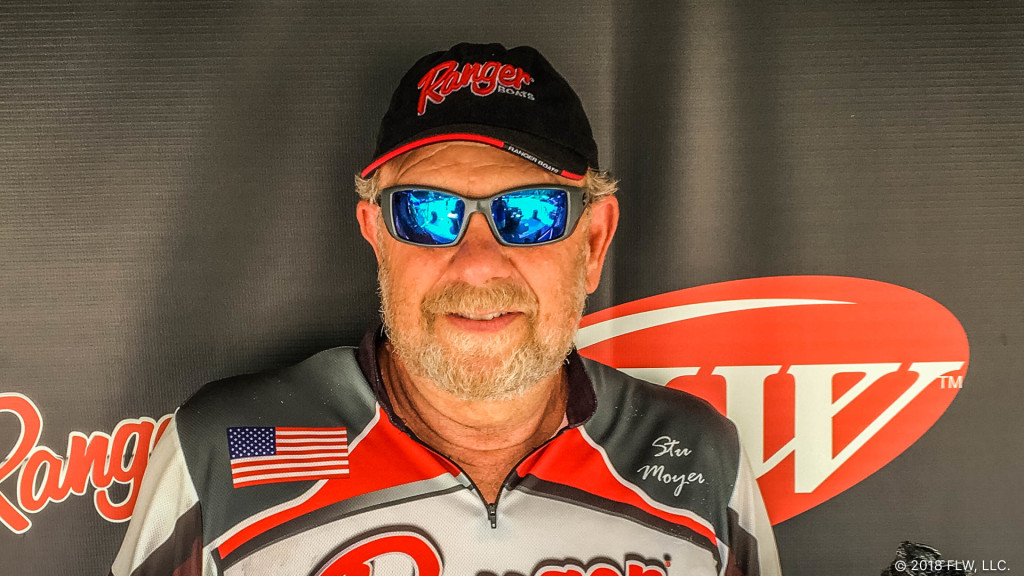 Moyer says he began his day close to the dam in the Fairfax area, fishing docks in the back of a creek.

“I couldn’t catch anything from under the docks likely due to the overcast conditions,” says Moyer, who earned his second career win in BFL competition on Lake Monroe. “I pitched a worm out into the open near a grassline in 8 feet of water, worked the outside edge, and caught my first one where it came close to the docks. It was a 6½-pounder and I got it just after 8 (a.m.).”

Moyer used a Texas-rigged 10-inch Red Shad-colored Berkley Power Worm on a 5/0 Gamakatsu hook with a 5/16-ounce weight. The bait was attached to 20-pound-test P-Line, spooled on a Lew’s reel and rigged on a 7-foot, 3-inch Phoenix MBX rod.

“I think the cloudy weather pulled them out from the cover,” says Moyer. “The grassline was far enough away from the docks that I knew they weren’t relating to them.”

Moyer proceeded on to a “duplicate” area in Moore’s Creek where he was able to put a couple more good fish in the boat around 11 a.m.

“I knew there was a grassline about 50 yards off the docks – it’s a breakline and it’s full of grass. I pitched in there and missed the first one. I moved 10 yards down, threw in again and caught two 4-pounders in two casts.”

Moyer says he had a couple more bites running back through his route, but couldn’t get anything in the boat until the end of the day.

“I caught my last fish with 15 minutes to go from under a dock in the Paynetown area with the same worm. It was in 3 feet of water and turned out to be the fish I needed to win.”

Moyer’s 6-pound, 8-ounce bass was the heaviest of the event in the Boater Division and earned him the day’s Boater Big Bass award of $425. 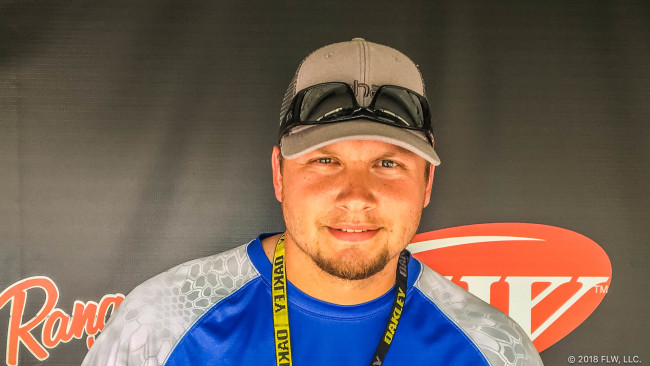 Bennett also caught the largest bass in the Co-angler Division weighing in at 5 pounds, 6 ounces. The catch earned him the day’s Co-angler Big Bass award of $212.