Walser Makes it a Dozen 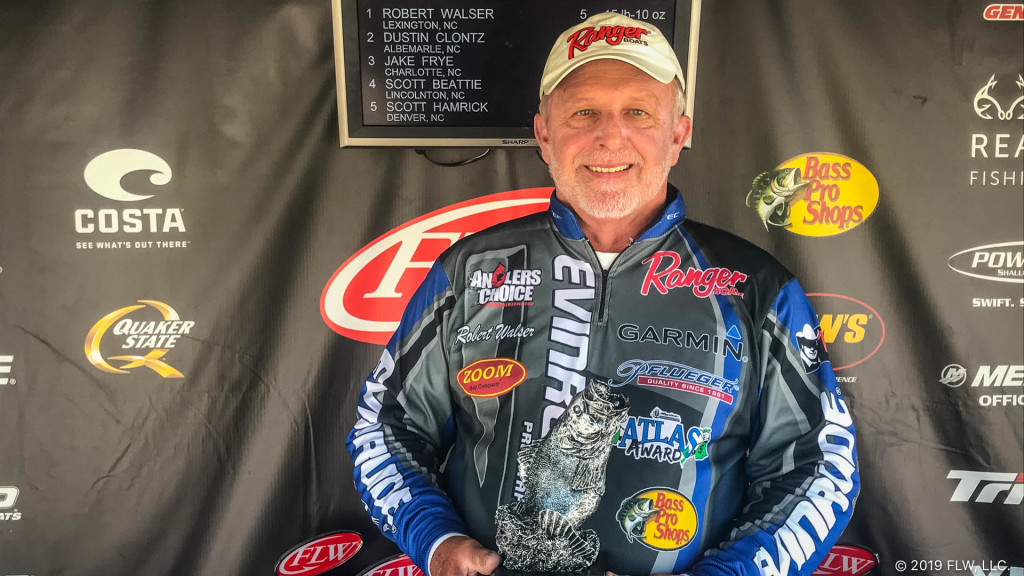 “I fished flooded bushes and trees, mid-lake, along an approximately 20-mile stretch,” says Walser, who logged his 12th career win in BFL competition – tied for second most all-time. “I used a spinnerbait early, and then I flipped.”

“I caught more than 30 keepers. It was hard initially, but after it warmed up it got easier,” says Walser. “We had a severe cold front come through Friday afternoon and the temperatures dropped rapidly – maybe 20 degrees in 30 minutes. It rained following the temperature change, so we had a few hours of cold rain. I think it had an effect on the fish I was targeting, but after noontime I caught four or five limits.”

Walser ended up weighing one off the spinnerbait, and the rest from the Brush Hog.

“Some of those spinnerbait fish in the morning were at those deeper bushes, and my Garmin Panoptix showed me the submerged bushes I couldn’t see, which really helped me out,” says Walser.

Wilson caught a 5-pound, 1-ounce bass – the heaviest of the event in the Boater Division – and earned the day’s Boater Big Bass award of $420. 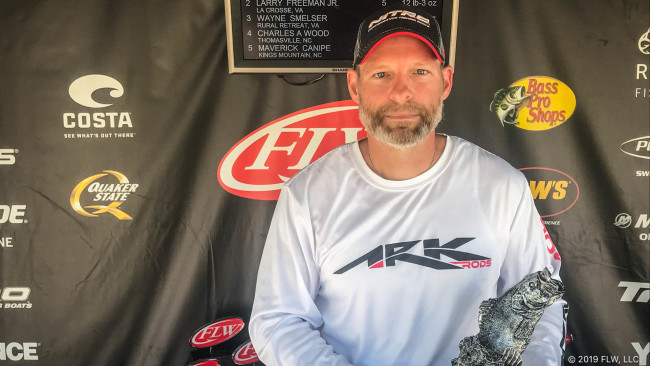 Wood caught the largest bass in the Co-angler Division, a fish weighing in at 5 pounds, 4 ounces. The catch earned him the day’s Co-angler Big Bass award of $210.