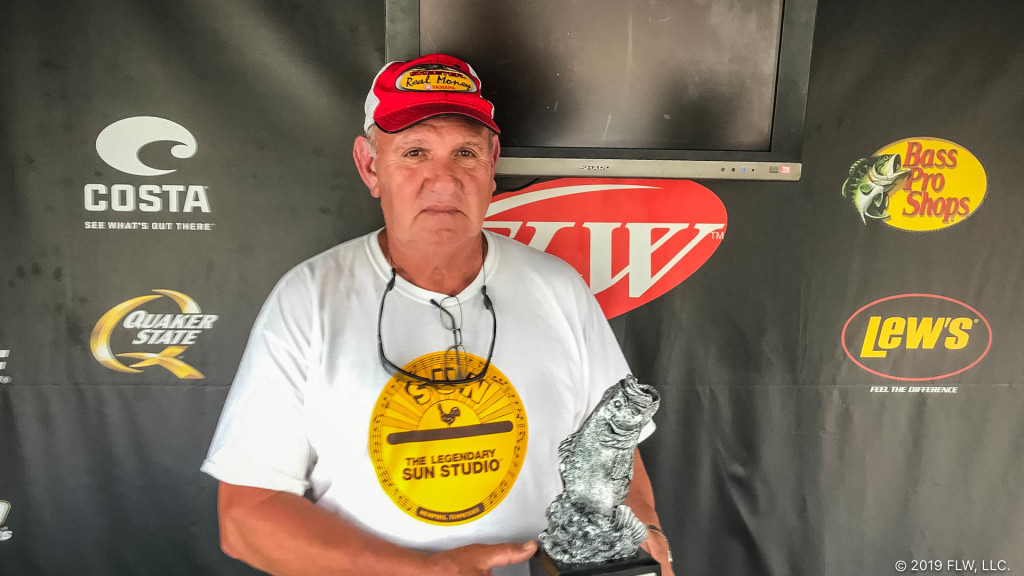 Fox says he worked a mid-lake stretch on the main channel, fishing up to five miles in both directions of the takeoff at Bulls Creek Access.

“Everything came out of the main current,” says Fox, who earned his eighth career win in BFL competition. “Whenever the current hit chunk rock or a log or something in the water, it eddied out. The fish were in the water swirled up behind so they didn’t have to work as hard to fight current as they ambush food.

“I worked against the current with the boat, pitched my bait up into it and let it come around the cover and swirl around where the fish were,” continues Fox. “When it would leave the current and hit the dead water, that’s when the fish would get it..”

Fox caught seven keepers fishing a ½-ounce, black and blue-colored Killer jig with a black and blue Zoom Super Chunk trailer. He notes that the water was stained, and that he had more bites after 10 a.m.

Graves caught a bass weighing 6 pounds, 5 ounces – the heaviest of the event in the Boater Division – and earned the day’s Boater Big Bass award of $295. 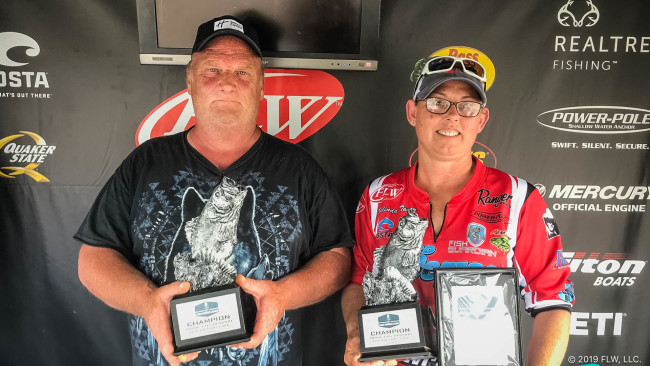 Teddy Baggett of Nashville, Tennessee, and Belinda Towry of Lawrenceburg, Tennessee, each caught 11 pounds, 7 ounces, worth of bass Saturday to tie for the win in the Co-angler Division. After contingency awards, Towry took home $1,235, while Baggett pocketed $993.

Towry caught the heaviest bass in the Co-angler Division, a fish weighing in at 5 pounds, 3 ounces. The catch earned her the day’s Co-angler Big Bass award of $142.

The tournament was hosted by the Sumner County Convention & Visitors Bureau.