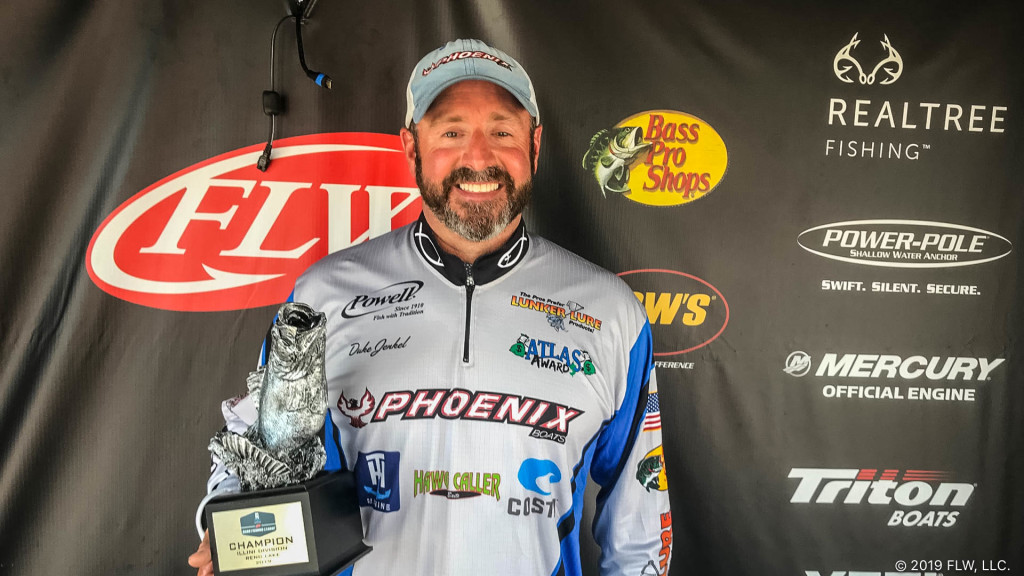 “I was flipping bushes in the mid-lake region,” says Jenkel, who earned his third career win in BFL competition. “I didn’t have a specific bay or creek or anything like that, but I figured out a pattern flipping buck brush and I was able to replicate it in multiple areas.

“Traditionally, the bass on Rend Lake love to be shallow – like fins sticking out of the water ridiculously shallow,” Jenkel continues. “However, they just weren’t there. I figured out that the fish were holding on deeper bushes, which really was odd to me. They were not supposed to be there. But they were, and once I figured that out I was able to apply that in multiple different areas.”

Jenkel says that the fishing was a little slow, as he and his co-angler only had about 13 keeper bites throughout the day. He fished six different areas, mainly flipping a watermelon-red-colored Zoom Brush Hog, but also adding one keeper on a Strike King Rage Bug.

“The key, honestly, was figuring out the depth,” Jenkel goes on to say. “It had to be bushes in three feet of water.”

Cortivo caught a bass weighing 5 pounds, 10 ounces – the heaviest of the event in the Boater Division – and earned the day’s Boater Big Bass award of $335. 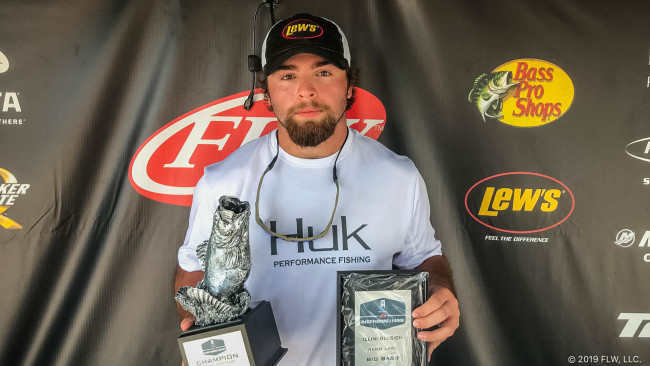