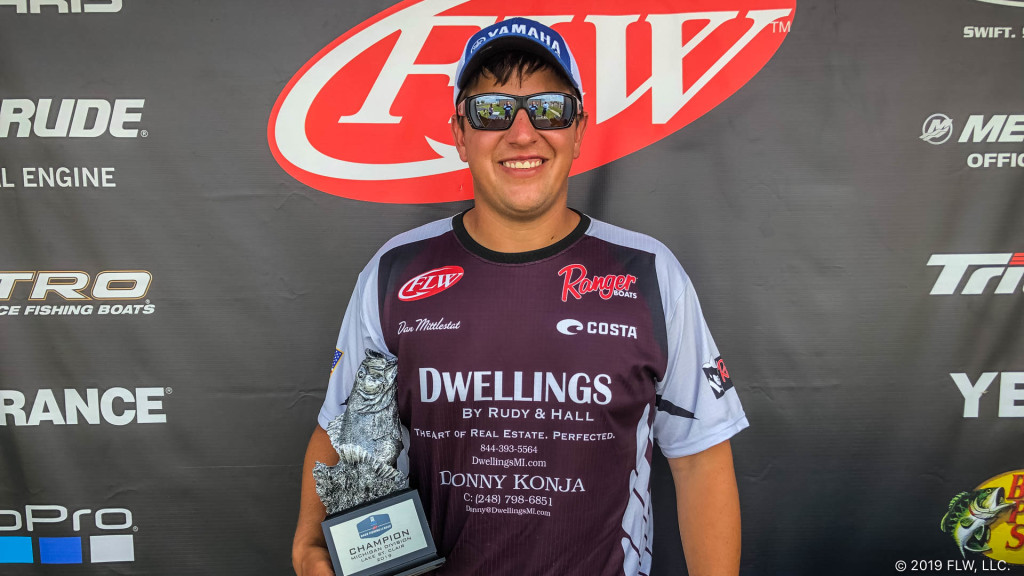 “I fished mid-lake in 21 feet of water on Lake St. Clair all day,” says Mittlestat, who earned his first win in FLW competition. “I got one big one early on an umbrella rig – it was about 4½ pounds. I also lost a really big one.”

Mittlestat used a Shane’s Baits umbrella rig with 4-inch, Ayu-colored Strike King Rage Swimmers to catch his first one. The rest of his limit came on a Melon or Erie Green-colored Mizmo Baby Tube on a ¼-ounce custom jighead.

“The sun wasn’t high enough to penetrate through the water and there were 2-foot waves – I don’t think they could see the boat,” says Mittlestat. “The waves pulled the mayflies down into the water column and I think they were feeding on them.”

Mittlestat says the bite slowed down by 10:30 a.m. At that time, he said, the sun was high enough to reposition the fish into scattered grass beds. When it was lower, he figured the fish were feeding on the cleaner spots between them.

“I made long casts into the beds because they likely could see the boat and ended up plucking them out one after another,” says Mittlestat. “I’d keep tension on the line, and when I didn’t feel the tube hit the ground, that’s when I knew they had it – they didn’t hit it aggressively.”

Mittlestat caught around 25 keepers during the tournament. His biggest fish bit the tube around 11:15 a.m., and ended up being the heaviest of the event. He used a 7-foot, 11-inch iRod Bama Rig Special Heavy rod and 20-pound-test Sunline Super FC Sniper fluorocarbon line. 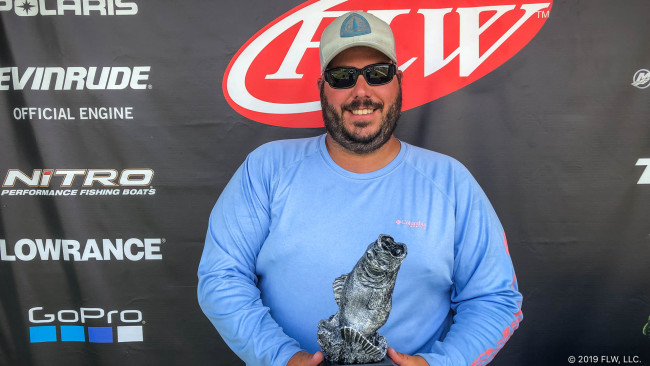 Betts caught the heaviest bass in the Co-angler Division, a fish weighing in at 5 pounds, 5 ounces. The catch earned him the day’s Co-angler Big Bass award of $255.