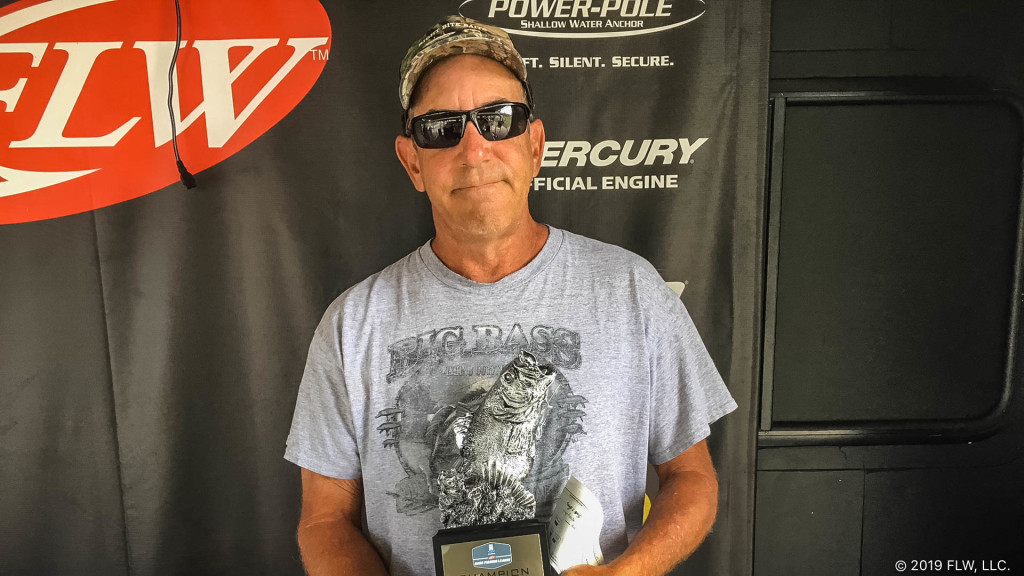 “I started the morning fishing open pads on the main lake, at the mouth of the game reserve,” says Gallagher, who earned his first win in FLW competition. “There was also grass in the area with a little bit of a sandy bottom. It was a small area – maybe a 10-yard stretch on both sides of the pocket – where the pads and the grass met.”

Gallagher says he lost a good fish in the area in the morning, but also caught three using a 3/16-ounce, green-pumpkin-colored jig with a Watermelon-colored Zoom Super Chunk Jr.

“Later in the day I went into the game reserve to a big area called Long Island. I punched matted grass and pads with a tube,” says Gallagher. “I focused on the thickest part of the pad clumps and caught four fish. I probably hit 25 spots.

Scott Manson of Covington, Ohio, caught a 3-pound, 13-ounce bass – the heaviest of the event in the Boater Division – and earned the day’s Boater Big Bass award of $455. 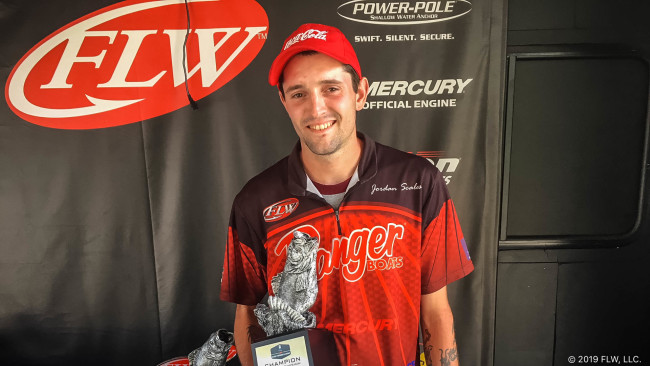 Zach Smith of Flatwoods, Kentucky, caught the heaviest bass in the Co-angler Division, a fish weighing in at 3 pounds, 4 ounces. The catch earned him the day’s Co-angler Big Bass award of $222.