Leary Frogs and Flips on G-Ville 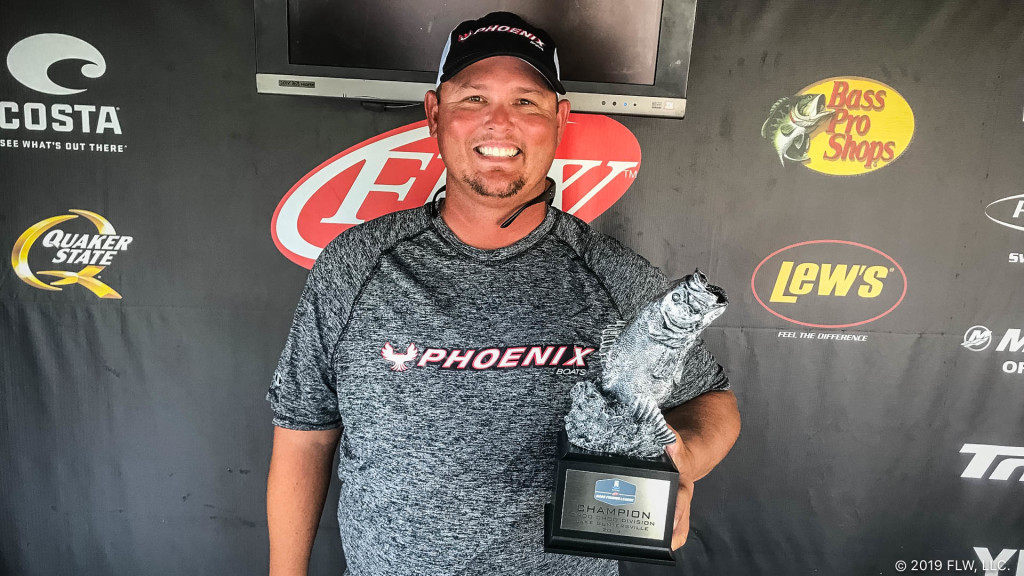 Leary spent most of his time on day one fishing grass mats in the mid-section of the lake, between South Sauty Creek and Goose Pond.

“I knew I couldn’t win the tournament on day one, but I could lose it,” says Leary who earned his first career victory. “The first day was tough, but I was able to frog and flip up 16 pounds, 9 ounces to keep myself in the game.”

“On day two I started out flipping deeper, submerged grass. That is where I caught my biggest fish of the tournament – a 7- or 8-pounder,” Leary continues. “Right after catching the big one, I caught another 5-pounder in the same grass patch.”

Leary says the grass mats he targeted were not as dependent on current as some of the other popular areas further up the lake.

“The TVA was only pulling 12,000 (cubic feet per second) on day two so I went to my spots where I knew the fish didn’t need the current to turn on,” he says.

Leary’s frog of choice over the weekend was a Castaic Boyd Duckett BD Frog. When the Guntersville guide needed to get deep in the grass, he opted for a NetBait Paca Craw with a 1¼-ounce tungsten weight.

“The Paca Craw was a little bit tougher to punch the mat with, but once I got it through, I could yo-yo the bait seven or eight times and the fish would eat,” Leary says.

Fletcher Shryrock of Dennison, Ohio, caught a 6-pound, 5-ounce bass – the heaviest of the event in the Boater Division – and earned the event’s Boater Big Bass award of $585. 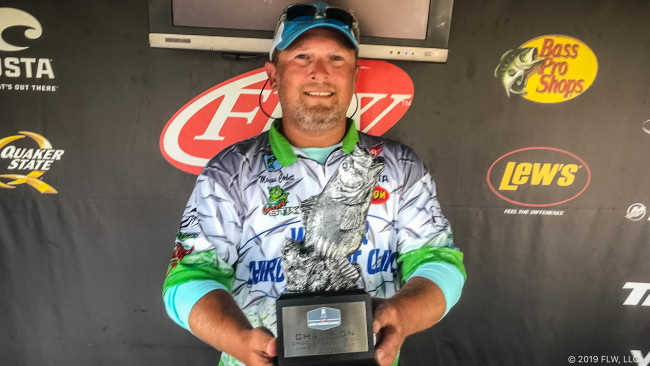 Cameron Gatlin caught the largest bass in the Co-angler Division, a fish weighing in at 5 pounds, 4 ounces. The catch earned him the event’s Co-angler Big Bass award of $292.