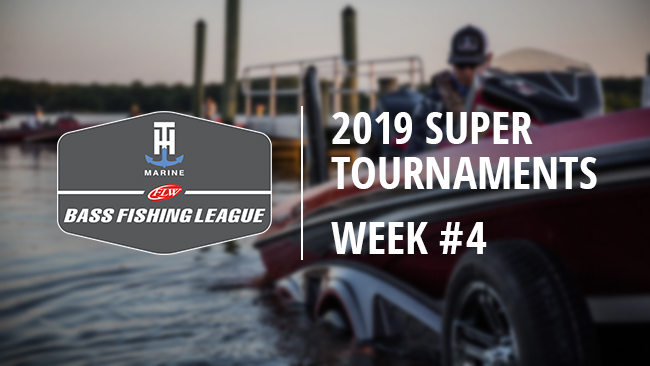 The final five T-H Marine FLW Bass Fishing League (BFL) Super Tournaments took place over the weekend, bringing BFL regular-season competition to a close. Regional tournaments will kick off Oct. 10, and by the end of the month the majority of the field for the 2020 All-American will be set.

Let’s take a look at how the final events shook out across the country. 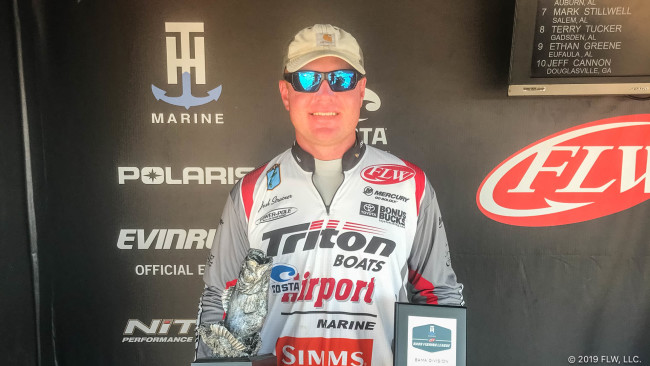 Josh Stracner of Vandiver, Ala., not only earned his fifth BFL win, but also locked up the Bama Division Angler of the Year title for the second year in a row with his victory on Eufaula. He caught 35 pounds, 12 ounces over two days and hauled in more than $6,600 for his efforts.

Despite the grass being in pretty good shape on Eufaula, Stracner caught them out of deep brush and timber, which came as a surprise to him.

“It was really tough fishing, but I actually caught some fish out deeper than I thought I was going to catch them,” says Stracner. “I caught them pretty deep, which you usually don’t do this time of year, but it was the only way I could get a bite. Some of the places had brush, and some of it was natural timber. I was catching them from 15 to 25 feet deep.”

Stracner put in a lot of time idling to find fish before the event. Then he caught his fish with a Strike King 6XD and Zoom Magnum Trick Worm.

“I went [to Eufaula] to just try and fish and win the Angler of the Year title,” Stracner adds. “I was leading coming into the tournament, and I just wanted to go catch a decent limit and not worry about my finish too much. I wound up doing better than I thought.” 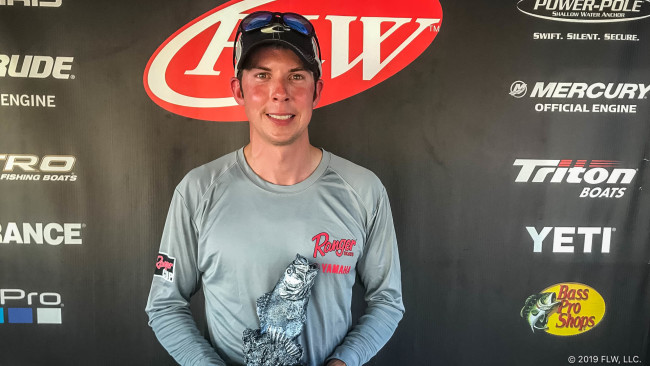 Brock Turner of Jasper, Ga., caught 33-7 on Lake Lanier to score his first BFL win (he also has three other top 10s on Lanier throughout his career). He cashed in on more than $8,200 in prize money.

“I was mainly fishing fresh bushes and humps in 15 to 25 feet of water,” says Turner. “I fished mainly on the south end, and I caught around 10 to 15 keepers a day.

“The first day the cloud cover hurt me, but the second day the clouds went away and they bit like they were supposed to. We’ve been catching them good that way since July. The bite was much better at the end of the day, on both days. I just had to have patience.”

Weighing mostly spotted bass, Turner employed a variety of baits, including a scrounger-type jig with a Zoom Super Fluke, a Fish Head Spin with a Super Fluke, a spoon and a spy bait. 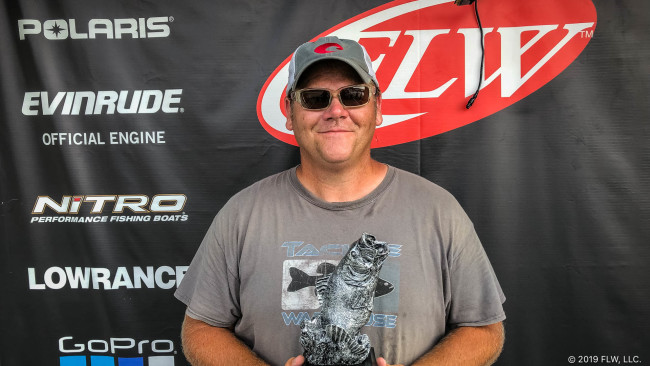 Scott Bateman of Jasper, Ind., earned his second career win by weighing 12-13 on the Ohio River and claimed more than $4,700 in the process.

Bateman was the only angler in the field to weigh a five-bass limit each day, which ultimately helped earn him the title.

“The first day I ran 30-some miles, fishing inside creeks,” says Bateman. “I was mainly pitching soft plastics and throwing crankbaits around wood.

“On the second day I stayed in Tanners Creek – near the launch site – and did the exact same thing, throwing a crankbait and pitching plastics. I caught 11 fish over the two days – six on the first day, five on the second – and I lost several more.”

While Bateman flipped various creature baits and tubes, he says a Strike King 1.5 crankbait was also a key bait. 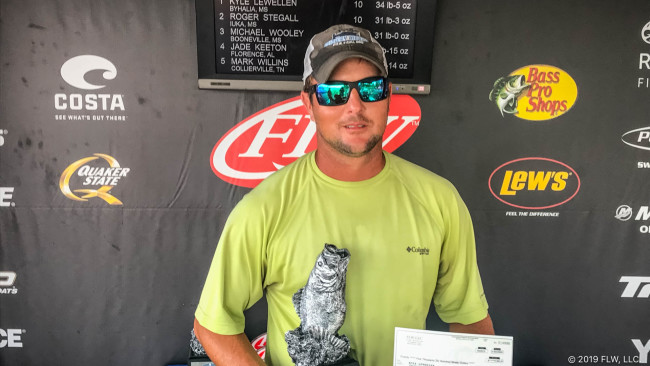 After two previous top 10s on Pickwick during Super Tournament competition, Kyle Lewellen of Byhalia, Miss., finally scored the W. He caught 34-5 in two days and earned a cool $5,600 for his victory.

Lewellen spent the majority of his time below the Natchez Trace Bridge, hitting roughly 10 spots each day.

“Saturday we had better conditions. We had a little bit of wind. I fished a bit faster, and I did employ a jig and a flipping jig,” says Lewellen. “I did fish deep a little bit, but I think I only weighed one fish from a ledge. But I employed the Carolina rig both days.

“It was isolated grass in 6 to 12 feet, pretty much targeting the hard spots in between grass clumps. Once the sun got up the fish seemed to hang out on the outside in the deep, isolated clumps. I could catch them on the flippin’ jig, but the Carolina rig could cover more water and seemed to do a little better.”

His setup for the C-rig included a 3/4-ounce weight, 4 1/2-foot leader and Zoom Brush Hog. 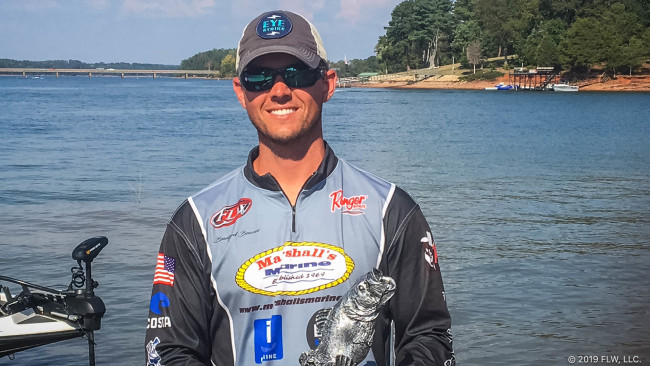 FLW Tour pro Bradford Beavers is no stranger to winning tournaments in South Carolina, though it usually happens on Santee Cooper. However, the Summerville, S.C., pro managed to wrangle 28-1 on Hartwell and add some more hardware to the trophy case along with another $6,300 to his bank account.

While not overly familiar with Hartwell, Beavers spent his time on the lower end targeting schooling fish. A topwater was his main weapon, though he did weigh some that he caught on a drop-shot as well.

“It was definitely a timing deal,” Beavers says. “It was really tough to predict when the bait was coming through, but when we hit it right we really caught them. I just rotated through the spots and waited to get lucky when they were feeding.”

Weights were tight across the board in this event, and a last-minute kicker bite would be the difference-maker for Beavers.

“I caught a 5-pounder on the final day with three minutes to go that pretty much won me the tournament. That turned out to be the key for me. I finally got a big one.”