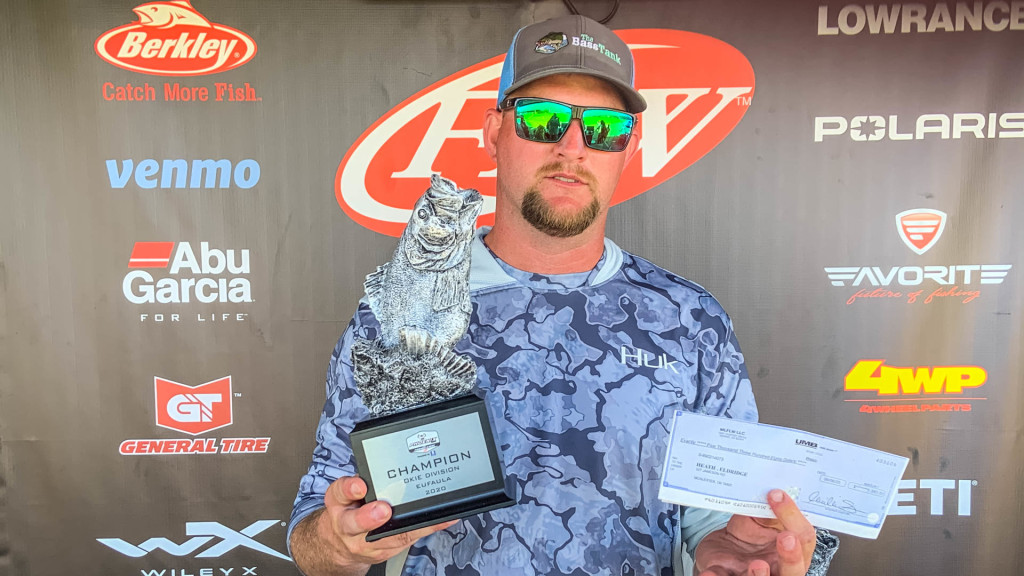 It was a double-header for bass anglers this past weekend in Eufaula with the Phoenix Bass Fishing League presented by T-H Marine on Eufaula Lake events. FLW, the world’s largest tournament-fishing organization, rescheduled the events after the coronavirus pandemic forced the organization to pause competition in mid-March.

“I had boat issues, so I only was able to run 3 or 4 miles from takeoff,” says Eldridge, who earned his first BFL victory as a boater. “There was no wind, but there was a lot of boat traffic, so I found some current near some rip rap on bridges and that turned out to be the key area.”

Eldridge said the majority of his bass came on a shaky-head rig with a junebug-colored GrandeBass Airtail worm, but he also added a solid keeper on a shad-colored Bomber crankbait.

Justin Lillie of Edmond, Oklahoma, was the highest-finishing FLW PHOENIX BONUS member and took home an extra $500. Boaters are eligible to win up to an extra $7,000 per event in each Phoenix Bass Fishing League presented by T-H Marine tournament if all requirements are met. More information on the FLW PHOENIX BONUS contingency program can be found at PhoenixBassBoats.com. 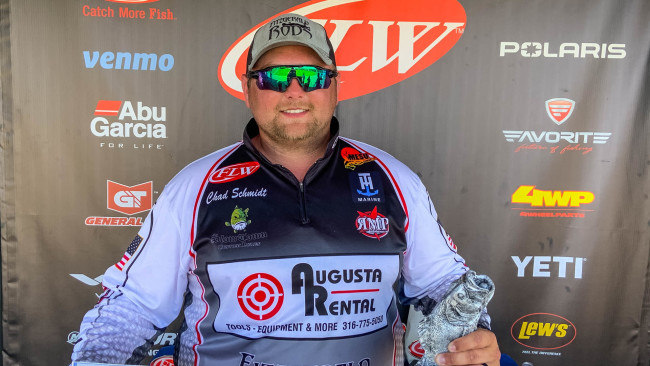 Danny Kindle of Stilwell, Oklahoma, caught the largest bass in the Co-angler Division Saturday, weighing in at 4 pounds, 8 ounces. The catch earned him the day’s Co-angler Big Bass award of $427. 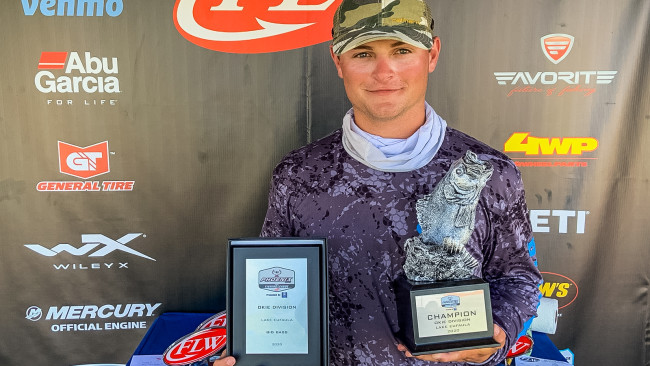 Due to the extreme heat on Sunday, Tournament Director Robert Evans made the decision to change the format to a three-fish limit – instead of the normal five – and opened the scales at noon for anyone that wanted to weigh their fish early.

Hayden Burkett took advantage of Evans change, bringing in three bass – including the day’s big bass – right at noon and earning the win.

Burkett mentioned his crankbait of choice was a Sexy Shad-colored Strike King Series 6, but did not divulge the baits that he used on the docks.

Burkett brought a 7-pound, 13-ounce lunker to the scale Sunday to add to his winnings and earn the day’s Boater Big Bass award of $765. 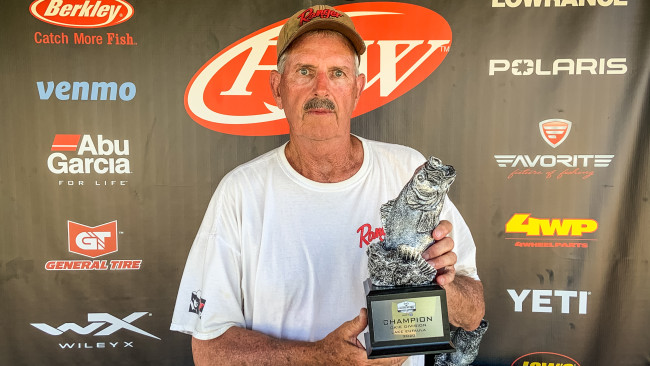 Michael Wood of Guthrie, Oklahoma caught Sunday’s largest bass in the Co-angler Division, weighing in at 5 pounds, 1 ounce. The catch earned him the day’s Co-angler Big Bass award of $377.

The 2020 Phoenix Bass Fishing League presented by T-H Marine Double-Header on Eufaula Lake was the first and second of five qualifying events in the Okie Division.

The top 45 boaters and co-anglers in the Okie Division based on point standings, along with the five winners of each qualifying event, will be entered in the Oct. 22-24 Phoenix Bass Fishing League Regional Championship on Table Rock Lake in Branson, Missouri, hosted by ExploreBranson.com. Boaters will compete for a $60,000 prize package, including a new Phoenix 819 Pro bass boat with a 200-horsepower Mercury outboard and $10,000, while co-anglers will fish for a new 18-foot Phoenix bass boat with a 200-horsepower outboard.