Kentucky Lake Could be Won Deep or Shallow

Summertime fishing is strong on the Tennessee River 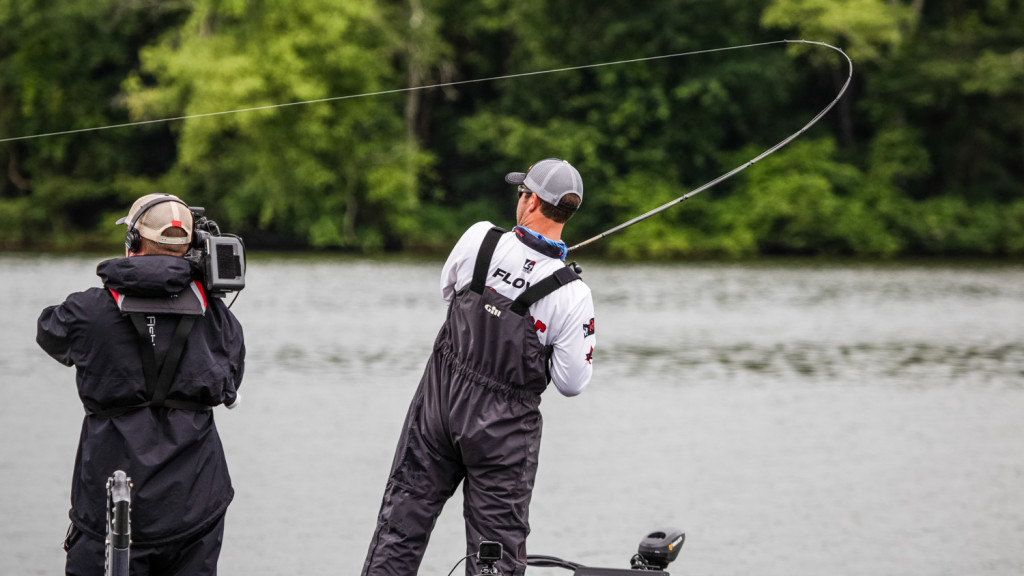 As we saw a couple weeks ago at the Tackle Warehouse Pro Circuit Super Tournament on Lake Chickamauga, the Tennessee River is capable of churning out big bags of bass both deep and shallow. We’ll probably be reminded of the Chickamauga event on July 18, when the Phoenix Bass Fishing League presented by T-H Marine LBL Division competes on Kentucky Lake and Lake Barkley. Conditions should be similar, with both deep and shallow patterns in the mix.

There aren’t many secrets left on Kentucky Lake or Lake Barkley. The sister reservoirs run north-to-south and parallel to one another, stretching across the Kentucky-Tennessee border.

Kentucky Lake, which is on the Tennessee River, covers more than 160,000 acres. It’s getting clearer every year and is noteworthy for its offshore ledges, where bass set up in the summertime to feed on shad, particularly when reservoir managers are pulling water to generate power. The north end of Kentucky Lake tends to fish deeper, with more offshore patterns in the summertime. The south end is shallower, where catching bass can be done on discrete ledges that are too shallow to graph, or where someone can pick up a flipping stick and never put it down.

Lake Barkley is a smaller, narrower and shallower fishery. The water is often dirtier on Barkley, and there’s more “flippable” cover in play. Quality limits can be caught up shallow on Barkley all year long.

Five years ago, a mid-July tournament on Kentucky Lake would’ve been dominated on the ledges, but the lake has changed. Fluctuations in forage, cover and overall population dynamics have bass spread out within the system.

Even ledge expert Cole Floyd, who’s won tournaments just about every season of the year on the Tennessee River, believes this event will feature a mixed bag of patterns.

“More than likely it’ll be won deep, though. And brush piles will come into play, too. That wasn’t really a big factor when you’d have hundreds of fish get out on the ledges. Now, we don’t see that as much, and those guys that have brush piles have really started doing pretty good.”

Floyd figures 17 to 18 pounds per day is possible fishing deep or shallow. Of course, there are some giant bass in the system right now, so it wouldn’t be any surprise to see someone crack 20-plus.

One interesting note is that the north end of Kentucky Lake experienced a very heavy mayfly hatch over the July 4 weekend. It was heavy enough that it probably pulled quite a few fish shallow. Phoenix BFL anglers might have to track those fish down as they reposition in the wake of the hatch, and they should be mindful of additional hatches and spawning bream as they prepare.

All the classic Tennessee River baits will work in this one. Crankbaits, jigs, Texas-rigged ribbon-tail worms, wobble-head jigs, swimbaits and hair jigs are typical ledge baits. For brush piles, most pros will drag jigs or worms through the branches, but deep brush can be targeted with crankbaits and spoons. Up shallow, this time of year it’s mostly a swimbait, swim jig and topwater game.