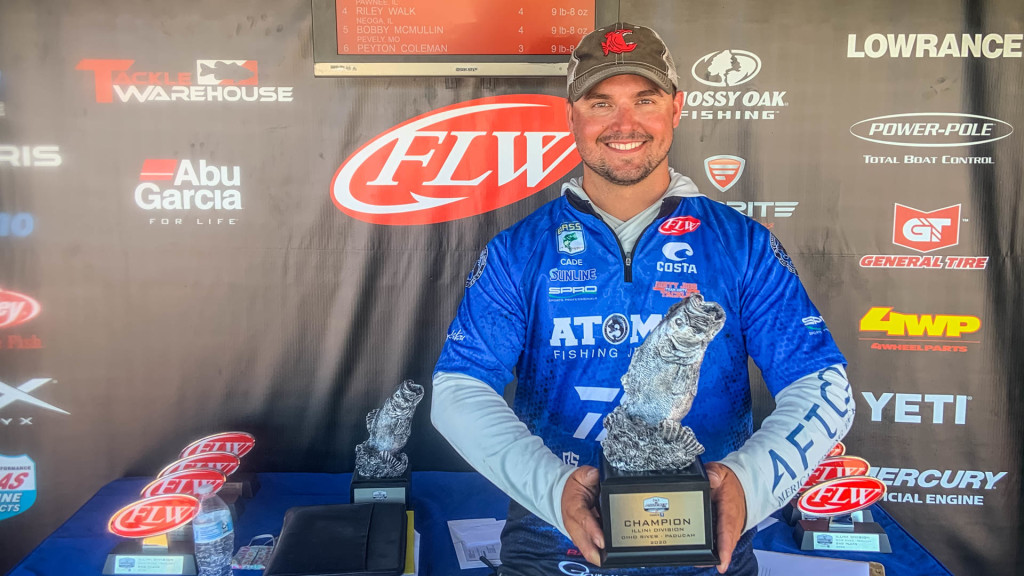 It was a double-header for bass anglers this past weekend in Paducah with two Phoenix Bass Fishing League presented by T-H Marine on the Ohio River events.

Boater Cade Laufenberg of Onalaska, Wis., brought a five-bass limit to the scale totaling 11 pounds, 8 ounces to win Saturday’s event and $3,842, while Dan Shoraga of West Frankfort, Ill., brought in five bass weighing 13 pounds, 4 ounces on Sunday to earn the win and $4,671.

"This is my first win away from home, so it feels so good to finally have a ‘signature’ win,” says Laufenberg, who earned his third career FLW victory. “I’ve been fishing these Illini Division events to qualify for the Regional Championship in La Crosse, so to now have the automatic-qualification feels unbelievable.

“I caught them early, and had my weight by 8:30 (a.m.),” Laufenberg continues. “The river is stabilizing now, but it had been dropping and the fish were seeking the strongest current. I targeted sandbars and rock points with a drop-shot rig to catch a couple, then I threw a white Big Bite Baits tube on a jig head, just dragging it off the drops.

“I also caught a few on a Carolina rig,” Laufenberg goes on to say. “The key was just mixing it up. We did a lot of different things but stayed in one area for most of the day. Most of our fish were smallmouth, but we did catch a few largemouth as well.”

Coleman was the highest-finishing FLW PHOENIX BONUS member and took home an extra $500 Saturday. Boaters are eligible to win up to an extra $7,000 per event in each Phoenix Bass Fishing League presented by T-H Marine tournament if all requirements are met. More information on the FLW PHOENIX BONUS contingency program can be found at PhoenixBassBoats.com. 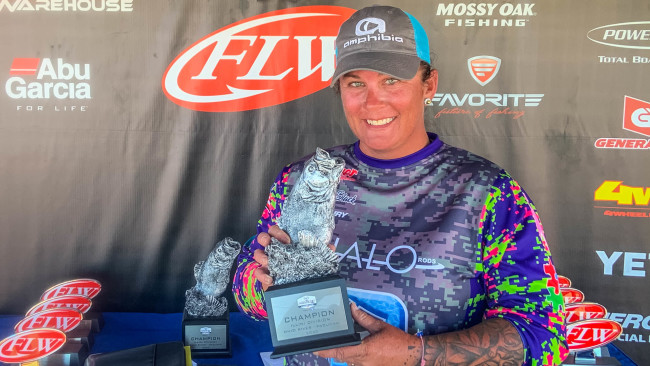 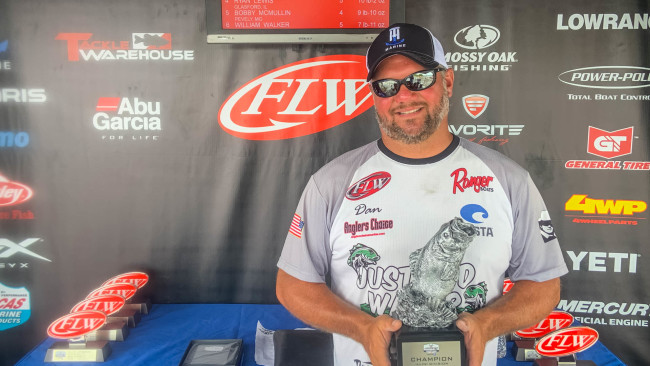 Sunday’s winner, Dan Shoraga, says that he targeted one 60-yard stretch on the Cumberland to earn his victory.

“They bit a little bit better for me on Sunday than they did on Saturday,” Shoraga says. “It was still pretty tough – I only had six bites all day, and I lost one and one was a short fish.

“I wasn’t doing anything special, just fishing below the dam with a shaky-head rig in 6 to 8 feet of water,” Shoraga continues. “I had four or five really good eddies that I just kept working, rotating through back and forth.”

Complete results for Sunday’s event on the Ohio River can be found at FLWFishing.com.

Brandon Broadway of Golconda, Illinois, was the highest-finishing FLW PHOENIX BONUS member on Sunday and took home the $500 contingency award. 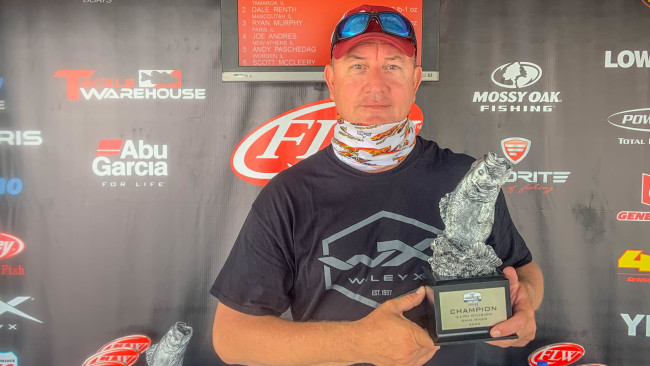 Dickens caught the largest bass in the Co-angler Division, weighing in at 4 pounds, 3 ounces. The catch earned the day’s Co-angler Big Bass award of $235.

The 2020 Phoenix Bass Fishing League presented by T-H Marine Double-Header on the Ohio River was the third and fourth of five qualifying events in the Illini Division.