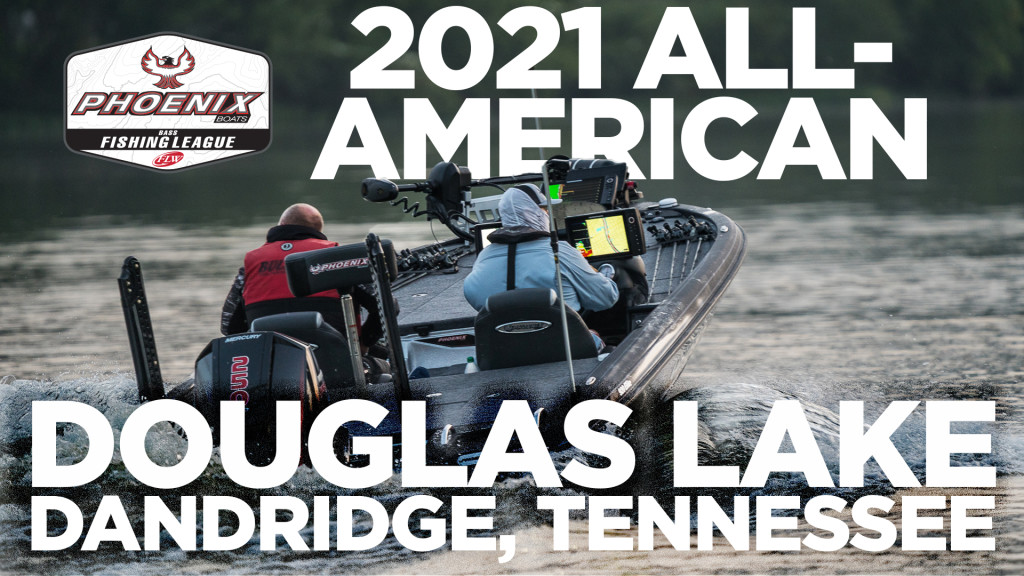 FLW announced Tuesday that the 38th annual Phoenix Bass Fishing League All-American will be held on Tennessee’s Douglas Lake in 2021. The tournament, scheduled for June 3-5, showcases the nation’s best weekend anglers and awards the winner a $120,000 cash award, but Jefferson County is the real winner, as the area will benefit from the tournament’s estimated $1 million economic impact.

“With 500,000 acres of lakes and 50,000 miles of rivers and streams, there is truly no better place to cast a line than right here in our great state of Tennessee. We are proud that Douglas Lake and the community of Dandridge were selected to host the 2021 BFL All-American championship,” says Mark Ezell, commissioner, Tennessee Department of Tourist Development. “Fishing strengthens our economy and brings jobs to our citizens, and we’re excited to host the All-American and showcase why millions fish here each year.”

The championship, hosted by the Jefferson County Department of Tourism, will launch from the Dandridge Boat Dock and Ramp, located at 100 Public Drive in Dandridge, Tennessee.

“It is very exciting to be able to host FLW for the 2021 All-American,” says Lauren Hurdle, Director of Tourism for Jefferson County, Tennessee. “Our community truly embraces the fishing-event industry and always accommodates our guests, showing them the true meaning of southern hospitality. We truly are the Lakeside of the Smokies and can’t wait to welcome FLW and the participating anglers to our region once again.”

The Phoenix Bass Fishing League presented by T-H Marine is a 24-division circuit devoted to weekend anglers, with 128 tournaments throughout the season, five qualifying events in each division. The top 45 boaters and co-anglers from each division, along with the five winners of the qualifying events, will advance to one of six regional tournaments where they are competing to finish in the top six, which then qualifies them for one of the longest-running championships in all of competitive bass fishing – the Phoenix Bass Fishing League All-American.