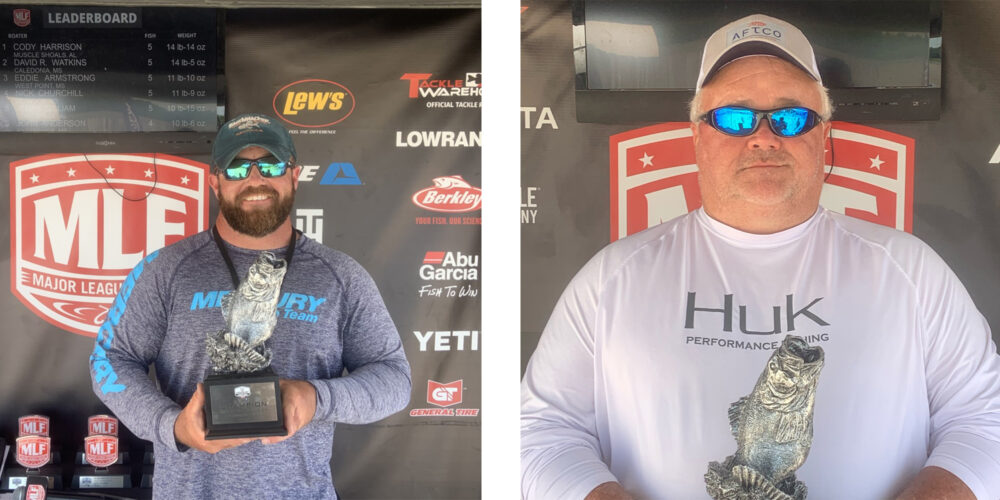 “I had a pretty early boat number and started out fishing a community area in the Columbus Pool,” Harrison said. “I spent my entire day going back and forth, fishing behind guys and trying to cover as much water and grass as I could.

“There was a shad spawn early in the morning, so I just stuck with that bite all day long,” added Harrison, who caught 12 bass during the day. “I culled three times and lost two I hooked up on, and I missed a few bites early.”

Harrison said he believes the key to his victory was the fact he was using a fluorocarbon line instead of the braided line that seemed to dominate the event. He said the fluorocarbon line aided his ability to feel bites on his white 3/8-ounce hand-tied swimjig that was given to him.

Harrison said the tournament was his first tournament experience on the Columbus Pool.

“I wasn’t expecting this win at all,” Harrison said. “Qualifying for the Regional Championship on Smith Lake now is just a huge weight off my shoulders. And I’ve had some top-5 finishes before, but to finally get this win is nice.”

Churchill had a largemouth that weighed 4 pounds, 9 ounces that was the heaviest of the event in the Boater Division and earned the day’s Berkley Big Bass Boater award of $375.

Gibson caught the largest bass in the co-angler Division, a fish weighing in at 4 pounds, 10 ounces. The catch earned him the day’s Berkley Big Bass co-angler award of $187.