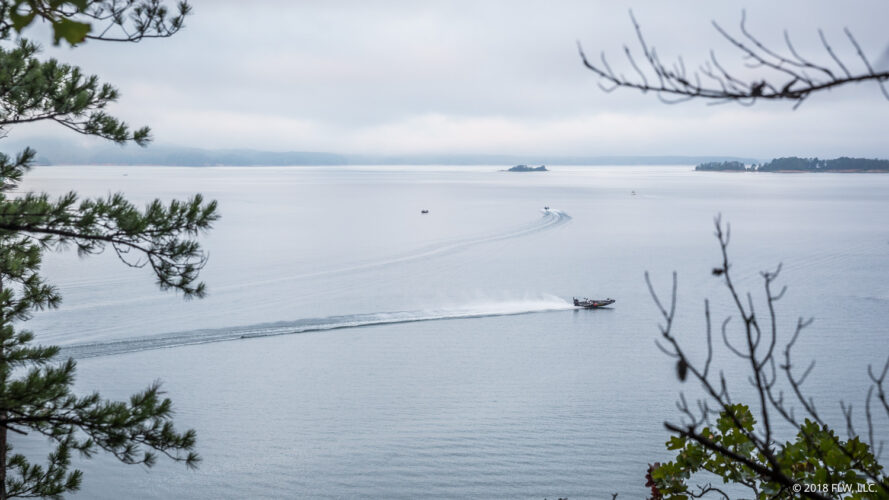 Due to a weather-related postponement and subsequent rescheduling, the 2021 Phoenix Bass Fishing League Presented by T-H Marine Arkie Division starts its season in unusual fashion, with a double-header on Lake Hamilton and Lake Ouachita to kick things off. The first event is March 6, on Hamilton. The second is set for the following day, March 7, on nearby Ouachita.

Both events should offer good fishing, as the prespawn and late winter periods are some of the best times of the year to be on the water in Arkansas.

What to Expect on Hamilton

A heavily developed reservoir minutes away from Hot Springs, Lake Hamilton has some quality fish and produces pretty good weights in the cooler months.

Tackle Warehouse Pro Circuit pro Spencer Shuffield is intimately familiar with Hamilton, living only a few miles away, and he expects it to be a good event presented by Berkley.

Though Shuffield admits that fish will be caught on other baits, he knows he’d be slinging an umbrella rig or winding a lipless.

“It’s really come on the last four or five years, there have been a few of us that have made it really popular around here,” Shuffield say of the lipless pattern. “You’re just throwing it around – docks, shallow pieces of brush, chunk rock banks. It’s one of those deals, that lipless just catches them. It’s a reaction bite, and in that shallow water, for some reason, you can catch some big ones on it if there’s wind. It’s one of them deals where you’ve got to have wind.”

Shuffield expects 17 pounds or better to be in play for a winning weight. With water temperatures likely in the low 40s, and the water level likely rising from winter pool, he thinks hard cover or bait-oriented fish in the lower end of the lake will be the ticket.

Getting Ready for Ouachita

Though the lakes have some similarities, Ouachita looks nothing like Hamilton for the most part. Surrounded by acres of undeveloped public land, Ouachita is a true Arkansas gem, with fishing that’s a bit different from nearby Hamilton.

While there should be fish up on the bank to be caught, the offshore bite is likely to be the mainstay for this tournament presented by Abu Garcia according to Tackle Warehouse Pro Circuit pro and Ouachita guide Dylan Hays.

“It’ll be a typical highland reservoir wintertime tournament I think,” says Hays. “You can catch ‘em on a jerkbait, crankbait, swimbait, A-rig and jig. There will even be a decent lipless crankbait bite in the grass, too. That grass bite is something that’s good every year around this time. You can catch ‘em in the drains like you do in Texas.”

Even with good prospects from a grass bite, brush piles and standing timber are certainly going to provide some solid bags, especially with the help of forward-facing sonar.

“Your groups of fish are going to be found off the bank and that’s probably where it’s going to be won at,” Hays adds. “Someone will catch them around brush, timber or a ditch.

“And you can’t forget about LiveScope. There’s a lot of fish being caught off of brush or timber with that right now.”

With prospects of good fishing, Hays believes given the time of year, Ouachita will show out in terms of a winning weight as well.

“I really think it’ll take something in the upper-teens or low 20s to win this tournament,” Hays says. “They catch ‘em pretty good in the wintertime here.”

Pros and co-anglers alike may not have to do much more than re-tie between the two Arkie Division kickoff events.

On Hamilton, Shuffield says a jig, a jerkbait, an umbrella rig and a lipless crankbait will be the baits to bring. For his jerkbait, he prefers either a Duel Hardcore Minnow Flat 110 or a Yo-Zuri 3DB Series Jerkbait Suspending Deep 110, which he says has been especially productive this year because of colder water. For his lipless bait, Shuffield sticks with a Duel Hardcore Flashi’n Vibe.

Up the road a bit at Ouachita, Hays expects both hard baits and soft plastics to play. Lipless crankbaits, Wiggle Warts,  SPRO RkCrawlers or Rapala DT6 crankbaits will help cover the bank and grass. Out deeper, small swimbaits, umbrella rigs and football jigs will draw fish from brush and timber.

For both events, you’ll want to bring plenty of warm clothes and definitely remember your umbrella rig tackle.