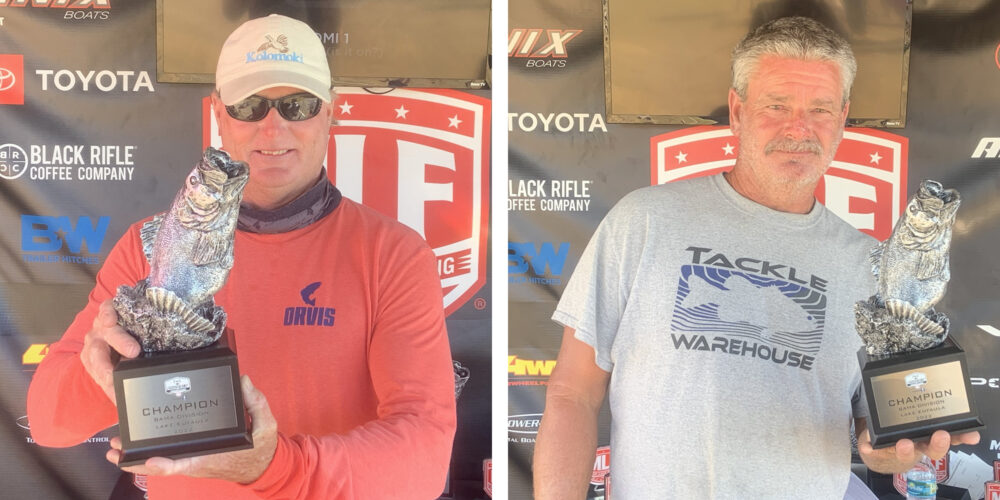 Lee said he focused his fishing between Cheneyhatchee Creek and Pataula Creek and relied on crankbaits to fill his livewell.

“We fished a medium-deep pattern, mid-lake, in 16 to 18 feet of water,” Lee said. “The bite was really strong. On Saturday I caught about 18 fish and culled a lot of really nice fish.”

What started out as a hot bite turned south for Lee on Sunday when forces of nature came into play. Lee stuck with his game plan, however.

“The wind picked up on Sunday, and it was ferocious, and I could not get a bite,” Lee said. “I got seven bites all day and culled two fish. What carried me through was the nice ones I caught Saturday.

“This is the biggest win I’ve ever had,” Lee said. “I’ve been close before but have never been able to seal the deal. This is just unbelievable and I’m elated.”

Lee also earned the Berkley Big Bass Boater award of $697 with a bass that he caught on Day 1 weighing 5 pounds, 8 ounces.

Cole Bedsole of Prattville, Alabama, caught the largest bass in the Strike King Co-angler Division, a fish weighing in at 4 pounds, 1 ounce. The catch earned him the Berkley Big Bass Co-angler award of $349.