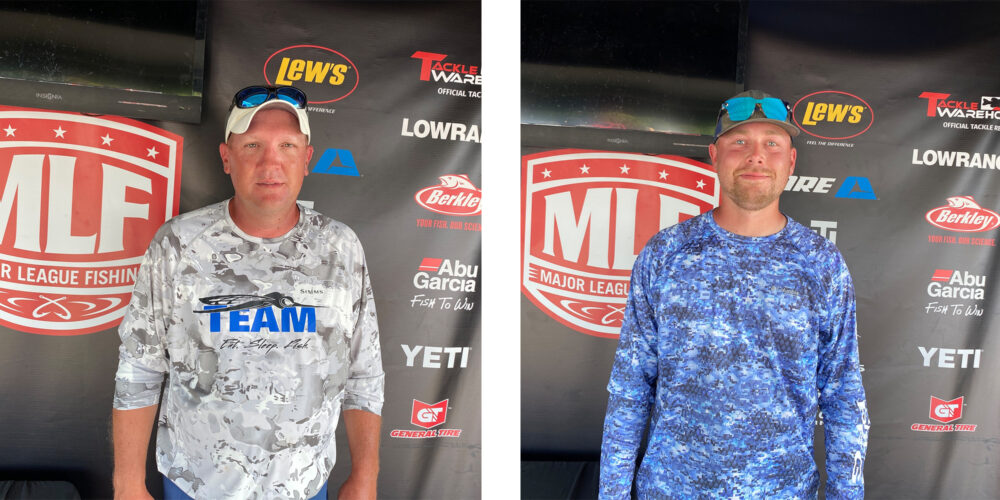 “I went looking for post-spawn largemouth that might be up feeding on shad, but I didn’t find any,” Akemon said. “What I did find was fish on the inside edge of the short pockets on the main lake. If there was mud with big chunk rock, there were smallmouth there. They were stacked up in 10 to 15 feet just sitting there.”

Akemon said he targeted the smallmouth with a Keitech 3.3-inch Swing Impact FAT Swimbait with a ¼-ounce head. He noted they bit well until the sun came out, then shied away. Akemon said he then shifted to a Carolina rig with a Zoom Super Speed Craw to catch his bass. He said he caught 15 fish during the course of the tournament, 10 of which were keepers.

“I had a limit by 10 o’clock and then just started upgrading,” Akemon said. “I won the BFL event on Lake Cumberland in 2018 by sight fishing, which is my strength. But I wanted to win it again.

“A lot of the places I caught fish were places I had been night fishing with my mentor years ago when he was teaching me to fish,” Akemon added. “So this win was pretty sentimental to me.”

Akemon had a fish that weighed 3 pounds, 15 ounces that was the heaviest of the event in the Boater Division and earned the day’s Berkley Big Bass Boater award of $720.

Barry King of Liberty, Kentucky, caught the largest bass in the Co-Angler Division, a fish weighing in at 4 pounds, 8 ounces. The catch earned him the day’s Berkley Big Bass co-angler award of $360.