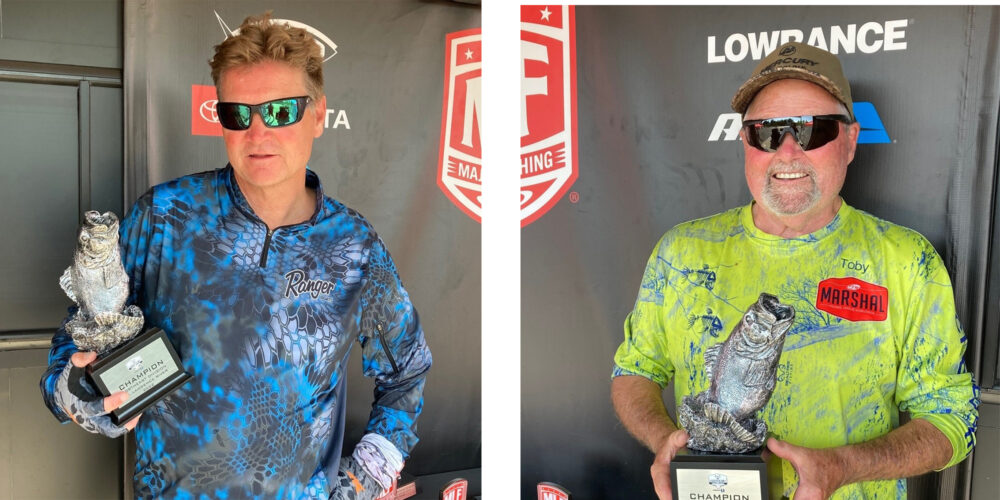 “We made a pretty long, 65- to 70-mile run, down to Lake Ontario to some spots I had picked out during pre-fishing,” Miller said. “Every spot I stopped at worked out, and I got a big fish on each one. And that really made up the bag that I weighed in.”

Miller said clear and sunny weather helped him succeed in the tournament. Miller said he relied on a hair jig and a Ned rig to land his six fish of the day, all of which were keepers.

“I was targeting big fish only, so pretty early on I knew I had a pretty good bag,” Miller said. “Most of my fish were over five pounds, so I knew it was a pretty good bag for this time of year.

“Any time you have a day like that you have to be pretty happy about it,” Miller added. “It doesn’t always go that way.”

Miller’s win was also the first Major League Fishing event he had fished, and said it was nice to have the effort he put into preparing for the tournament pay off.

“The event was very organized and easy to fish,” Miller said. “It was a pleasure to fish with MLF and made the win even better.”

Michael Bahnweg of Union Dale, Pennsylvania, caught the largest bass in the co-angler Division, a fish weighing in at 5 pounds, 8 ounces. The catch earned him the day’s Berkley Big Bass Co-angler award of $222.