Hundreds of Boaters and Co-anglers to Compete in Counce, Tennessee, for $60,000 and Their Shot at the 2023 All-American Championship 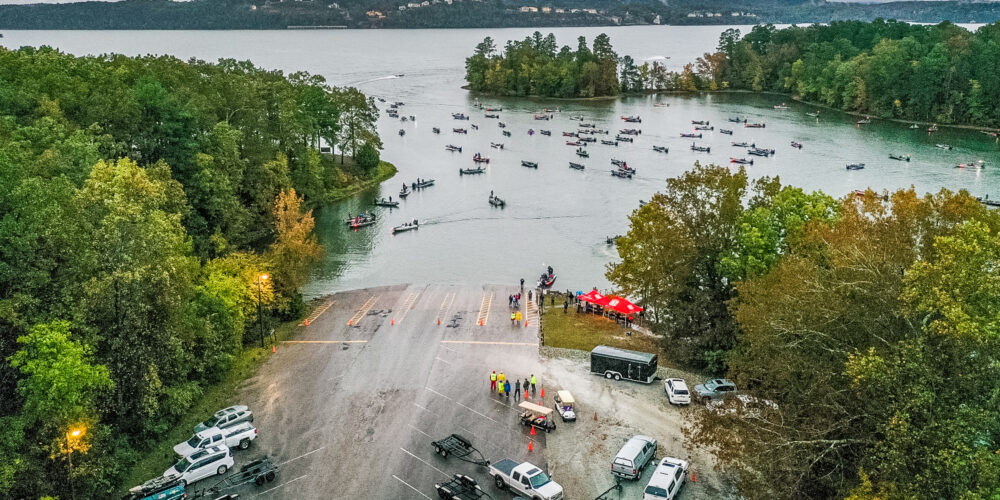 Local pro and guide on the fishery, Jimmy Washam of Stantonville, Tennessee, said he’s been seeing the late summer lull and many fish out in “no man’s land,” but expects to see cooler temperatures create some changes by mid-October.

“As the temperature starts to drop, we should see a push toward shallow water,” Washam said. “The fish will really get oriented on bait and start chasing gizzard shad in the grass. Any of the shallow water stuff that’s got a shad population around it should have some bass nearby.

“The topwater bite will start heating up and we typically see a smallmouth push toward the tailraces as well. The Wilson Lake tailrace will probably play in this event, for guys that like to target smallmouth in current.”

Washam said he expects to see a lot of shad-imitation lures and topwater baits, including walking baits, River2Sea Whopper Ploppers and popping baits, along with spinnerbaits and lipless crankbaits. Smallmouth finesse tactics are also expected to play a big role, such as a shaky head, Ned rig and other finesse jigs.

“The Azuma Z Dog Topwater Walker is a walking bait by Profound Outdoors that I’ve caught a lot of fish on recently, so I think it will be a big player in the event, as well as the Azuma Shaker Z Lipless Crankbait. I think both of those will weigh in a lot of fish right now,” Washam said. “There’s usually a lingering deep bite this time of year and there’s a good chance that someone could have that to themselves if they find some quality fish that are still offshore.

“That would be the ‘sleeper pattern’ that I think we will probably see someone be successful with, utilizing traditional offshore baits like a football jig, swimbait and crankbait.”

Washam said he predicts it will take 18 pounds per day to put anglers in contention to win the event.

Anglers will take off daily at 7 a.m. CT from Pickwick Landing State Park in Counce. Weigh-ins will also be held at the park and will begin at 3 p.m. Fans are welcome to attend the event or follow the action online through the “MLF Live” weigh-in broadcasts at MajorLeagueFishing.com.

The 2022 MLF Phoenix Bass Fishing League Presented by T-H Marine consisted of 24-divisions devoted to weekend anglers, with 128 tournaments throughout the season and five qualifying events in each division. The top 45 boaters and Strike King co-anglers from each division, along with the five winners of the qualifying events, advance to one of six Phoenix Bass Fishing League Regional Championships.