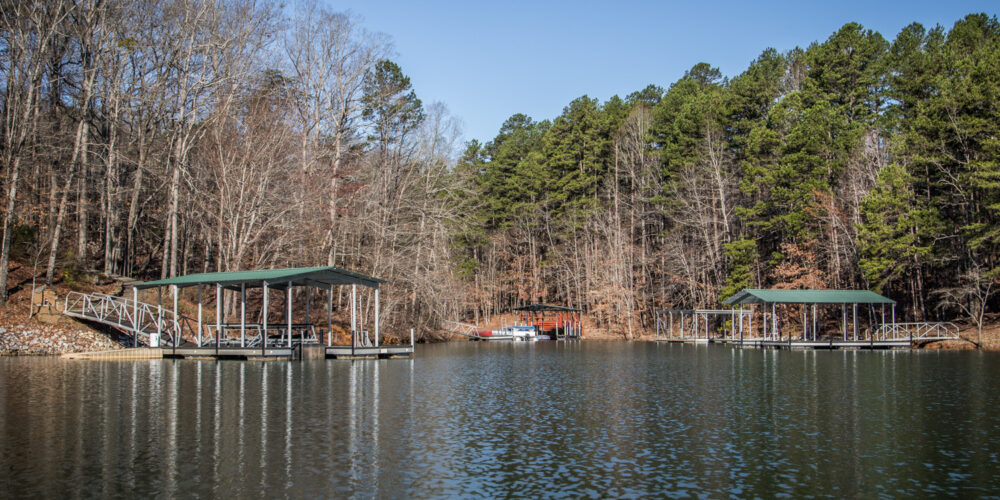 Above Lake Hartwell on the chain, Keowee isn’t too different from most Carolina lakes that have blueback herring and a species mix. For shallower fish, you’ve got some stained water, docks and creeks. On the deeper side, there’s brush, some offshore rock and of course roaming bait to consider.

The lake has two key features that set it apart from some other fisheries in the area. First, it’s a powerplant lake, so the water in some areas remains warmer than normal in the winter and you’re likely to find a bass or two on a bed well outside of the standard spawning season. The other difference is that Keowee is largely clearer than the other fisheries in the area, with fish that are a bit more finicky than usual.

Marshall Robinson has been on Keowee a lot recently and thinks the Savannah River opener should be a good one.

“Keowee has been super good here lately, it’s healthy now, it’s got a lot of food in it,” Robinson said. “You’ve got fish that are being caught shallow, big largemouth, back in the creeks and in the off-colored water. Then you’re going to have your finesse, clear water guys who are going to stay out there deep and work on those spots chasing bait around. There are multiple different ways the tournament could be won.”

With so much to do, Robinson thinks that it could take a lot of weight to win.

“I think if the weather is stable, and the water doesn’t get blown out, it could potentially take 18 or 20 pounds,” Robinson said. “This week, there were two big tournaments that each took over 19 pounds. The water is stable, and it’s pretty much full-pool, so a lot of the fish have got up shallow. At the worst, I think it would probably still take 16 pounds.”

As for the species mix, it sounds like anglers can do well with all spotted bass or all green ones. But, a mixed bag may be the best way to win.

“It could be anything, but the winning bags are usually mixed,” Robinson said. “They may catch a limit of spots, Keowee has some big spots, and then they may catch a big largemouth. That’s usually how it’s done.”

Wintertime in the Carolinas means plenty of techniques can play. In dirtier water, a crankbait or spinnerbait could produce. At the same time, it’s hard to count out an umbrella rig in cold water. On the other end of the spectrum, a shaky head is a time-honored tradition when the bite gets tough.

“The Buckeye Su-Spin is a good player,” Robinson said. “A lot of guys have caught bigs in the past on that. And, the Buckeye Spot Remover Finesse Jig is really good about getting a big bite, whether it’s a spot or a largemouth.”