Strike King Co-Angler of the Year Program New for 2021 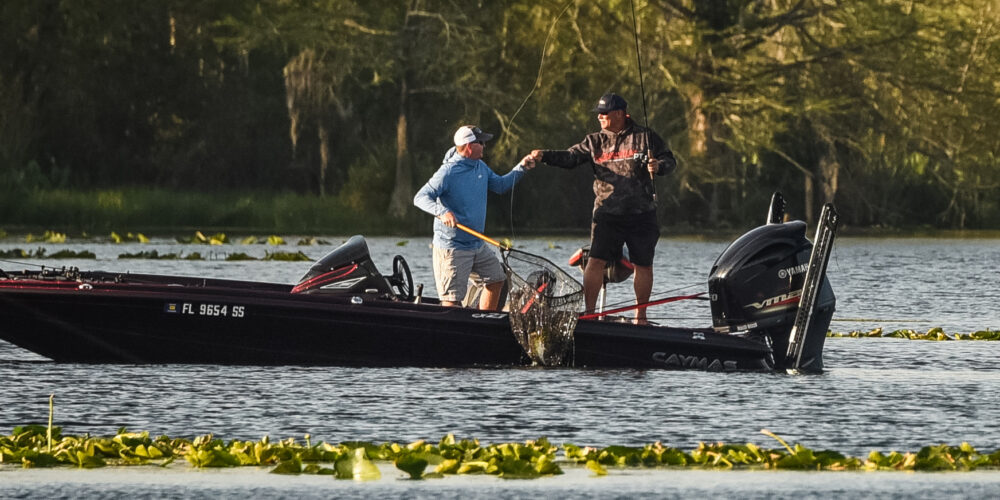 “You can take something away from each one of those experiences and help you build or expand a solid foundation," Jeff Sprague says of the Strike King Co-Angler program. Photo by Rob Newell.
March 20, 2021 • Joel Shangle • Phoenix Bass Fishing League

Sometimes the most interesting view is from the back of the boat.

The MLF BIG5 has a storied history of providing anglers of all experience levels the opportunity to compete in national, regional and local-level bass tournaments through the biggest co-angler program in the world.

No boat? No problem as roughly 6,500 individual Strike King co-anglers will attest in a typical year on the Toyota Series and Phoenix Boats Bass Fishing League.

It’s an opportunity that several Tackle Warehouse Pro Circuit and Bass Pro Tour pros have taken advantage of (and eventually used as a springboard to their professional careers): 2018 FLW Tour Angler of the Year Mark Rose, Jeff Sprague, Andy Montgomery, Justin Lucas and Michael Neal all started their careers fishing as co-anglers at the regional level.

“My experience as a co-angler was absolutely great – I thoroughly enjoyed my time fishing out of the back of the boat,” said Sprague, a Strike King pro who fished as a co-angler in the Southwestern Division of the Toyota Series in 2010, and on the then-FLW Tour in 2011, 2012 and 2013. “I got to meet a lot of great anglers who I learned from every single day, and who I also aspired to be like someday. That experience was worth every penny I spent. You can’t put a price on the amount of knowledge that I got from the pros I fished with.”

Thanks to a sponsorship arrangement that’s new to the MLF BIG5 in 2021, the Strike King Co-Angler program will recognize and reward the accomplishments and fish-catching abilities of the most successful anglers fishing out of the back of the boat on the Toyota Series and the Phoenix Boats Bass Fishing League.

“Those co-anglers are an important part of our sport,” said Mark Copley, Strike King’s director of pro staff and media relations. “You talk to guys like Mark Rose – one of the most successful professional anglers in the world – and they’ll tell you how important that co-angler opportunity was for them when they started out. The co-angler program is a great way for more people to participate in tournament bass fishing, and to just learn how to be better anglers.”

Gaining Knowledge in the Back of the Boat

Sprague will attest to the opportunity to learn and grow as a co-angler. The Texas pro fished 25 events as a co-angler, earning two Top 10s in the Toyota Series Southwest Division, and four Top 10s on the FLW Tour (including an eighth-place finish at the 2013 Forrest Wood Cup on the Red River in Louisiana). He was paired with a diverse roll call of high-level pros ranging from Randall Tharp to Brent Ehrler, and soaked in the knowledge of every boater he fished with in regional competition as well.

“You learn from every guy you get in the boat with,” Sprague advised. “It doesn’t matter if it’s a seasoned veteran or a guy who’s fishing his first year in the Toyota Series, you can take something away from each one of those experiences and help you build or expand a solid foundation.

“A guy like Ehrler is a great example: I learned a lot just being in the boat with him for a day, just his mentality and the way he analyzed everything. Being from east Texas and having an approach that I was comfortable with, to get into the boat with a guy from the West Coast who would pick up lighter line and catch fish in dirty water, I had never seen before. That was an eye-opening experience for me, and it darn sure benefitted me as an angler.”

Sprague claimed Co-Angler of the Year honors in 2013, the winnings from which encouraged him to compete as a full-time tour-level pro the year after. But as is often the case with first-time co-anglers jumping into BFL and Toyota Series competition, he had simple expectations when he competed in his first Toyota Series tournament on Falcon Lake in 2010.

“I just fished local tournaments here around home (Wills Point, Texas), and was just okay,” Sprague said. “I wasn’t great around the house, but I was learning – I was interested in expanding my knowledge by going to other lakes and seeing what they were all about. I was able to learn new things and expand on some things that I already knew, bring that all back home and win locally. That started to fuel my fire to think ‘You know, I think I can pursue this’.”