Volunteer Division Kicks off the Season on Chickamauga 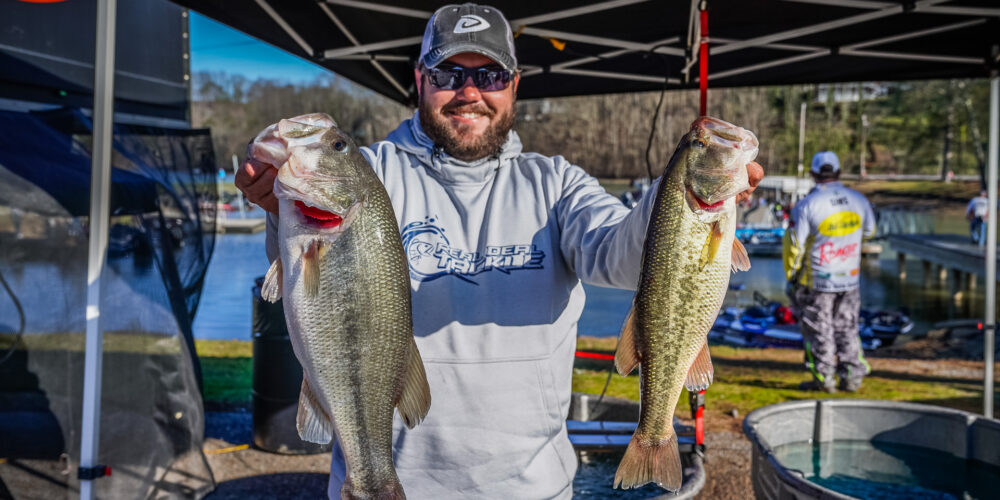 This year the Phoenix Bass Fishing League Presented by T-H Marine Volunteer Division kicks off on Lake Chickamauga. Of the top lakes in the country, Chick isn’t producing giant bags at quite the rate it was a few years ago, but the fishing is still good and a 10-pounder could bite any cast.

Chickamauga, at 36,000 acres, is by no means the biggest reservoir on the Tennessee River, but it’s one of the country’s top destinations for anglers wanting to target double-digit bass. Thanks to the fertile waters of the Tennessee, healthy grass growth in the spring and summer, and an injection of Florida-strain genetics, Chickamauga is the kind of place where 30-pound limits are possible.

The upper end of the reservoir snakes back and forth in riverine fashion before joining up with a series of backwaters and shallow sloughs in its midsection and eventually widening out into a classic Tennessee River reservoir at the lower end. Because of the distinct zones, Chickamauga offers a wide variety of structure and cover to fish. There’s plenty of grass in the spring and summer, though it won’t be a major factor in February, so anglers will be fishing stumps and laydowns on shallow flats, points, ledges, creek channels, gravel bars in the current, and various types of bottom content transitions.

Winter on the Tennessee River tends to bring good fishing that is often quite stable as long as current flows remain reasonable. This year, a warm fall has the fish a bit behind schedule.

“Up to now we’ve had unseasonably warm temperatures – you could still get bites on topwater at New Year’s eve,” says Michael Neal. “But now it’s finally got cold to where it’s supposed to be, so the water temperature is going to drop a lot and finally group the fish up. It’ll put them more in their wintertime/prespawn mode.”

While the peak of the giant weights won’t be until the prespawn, Neal still enjoys winter fishing and reckons the event will be a good one.

“I like fishing this time of year,” he says. “It’s not the time where you’ll go out and catch as many as you would other times, even say, later February or march. But, it’s fishing the same type stuff – you just don’t get as many bites.”

With low water and low flows, Neal figures the lake will be clean barring a huge amount of rain. Chick doesn’t really have grass in the winter, but there is plenty of bait for the fish to chase and good hard cover options.

To win, Neal thinks that breaking the 26-pound mark will be key, and he says the winner will have at least an 8-pounder to get there.

One nice thing about winter on Chickamauga is that power-fishing baits seem to stay productive for a long time. While spinning rods will doubtless catch some bass, many of the wintertime wins in the past have come on hardbaits, umbrella rigs, jigs and swimbaits.

“The three baits I would say will be the most important are an umbrella rig with something like a Big Bite Baits Pro Swimmer on it, a bladed one, the more flash the better,” says Neal. “And, a SPRO Aruku Shad, red is always good, and a SPRO McStick.”

Jerkbaits have pulled some bigs on Chick in recent years, and Neal says the old-school offering isn’t one to discount.

“It’s not something you can do everywhere like you can on a real deep lake,” says Neal. “But, when you get in the right place you can win the tournament.”