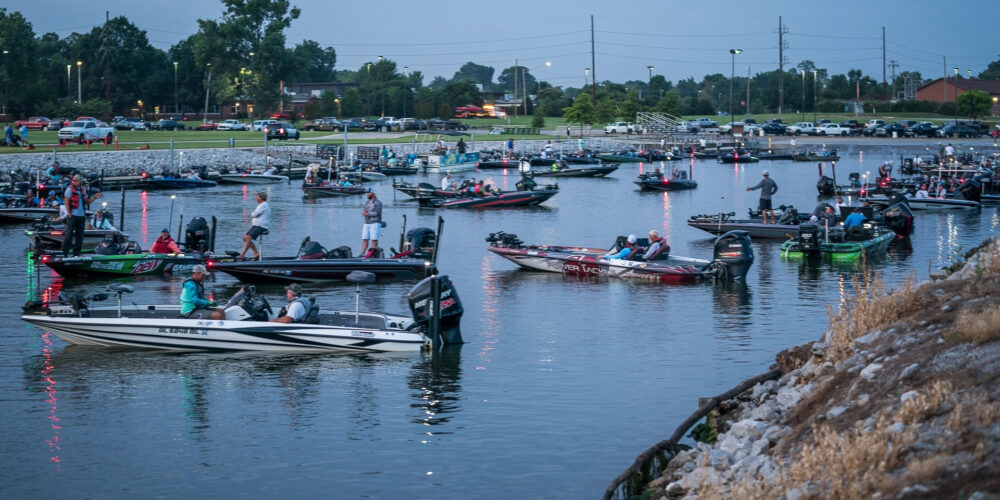 Hosted by Decatur Morgan County Tourism, the two-day event will feature Bass Fishing League boaters and Strike King co-anglers from around the country who have entered all five events within a BFL division and fished at least two, but did not qualify to advance to a Regional tournament. Boaters will fish for a top award of up to $13,000, including the lucrative Phoenix MLF contingency bonus, while co-anglers will compete for a top prize of $3,000. The top six boater and co-angler finishers will advance to the 2023 BFL All-American, set for May 31 through June 2 at Lake Hartwell in Seneca, South Carolina.

“Wheeler (Lake) recently has had a resurgence of grass, and that has made the fishing phenomenal here over the last three years,” said Bass Pro Tour angler Ryan Salzman of Huntsville, Alabama, who lives just three miles from the lake. “However, the grass areas will fish very small in this event because of the annual winter draw down. The lake is about 4 feet low, so pending any major rainfall before the event, the grass is now really shallow or out of the water completely, so those areas will fish very small.

“The fish are in their fall transition – water temperatures are in the mid- to low-60s – and every day the fish are out chasing the shad, more and more,” Salzman said. “I think that an angler that can find the productive areas where the bass are aggressively feeding on shad will win this tournament.”

Salzman predicted that Alabama rigs, jerkbaits and spinnerbaits would all be lures heavily favored by competitors.

“Historically it takes about 45 pounds to win here over a three-day event, but it usually tends to taper off on the third day,” Salzman said. “Since this is a two-day event, I guess we’ll see the winner bring 33 or 34 pounds to the scale over two days. I think if you can catch 14 pounds a day, you’ll have a very good shot at qualifying for the All-American.”

The full field of anglers compete on both days, with winners determined by the heaviest two-day catch. Anglers will take off each day at 7 a.m. CT from Ingalls Harbor, located at 701 Market St. NW in Decatur. Weigh-ins will also be held at the park and will begin at 3 p.m. Fans are welcome to attend the event or follow the action online through the “MLF Live” weigh-in broadcasts at MajorLeagueFishing.com.

The 2022 MLF Phoenix Bass Fishing League Presented by T-H Marine consisted of 24 divisions devoted to weekend anglers, with 128 tournaments throughout the season and five qualifying events in each division. The top 45 boaters and Strike King co-anglers from each division, along with the five winners of the qualifying events, advanced to one of six Phoenix Bass Fishing League Regionals. Anglers that did not finish in the top 45 in their division are still able to qualify for the All-American through the Wild Card Regional event.

The top boaters and Strike King co-anglers from each Phoenix Bass Fishing League division also earn priority entry into the Toyota Series, the pathway to the Tackle Warehouse Invitationals and ultimately the Bass Pro Tour.