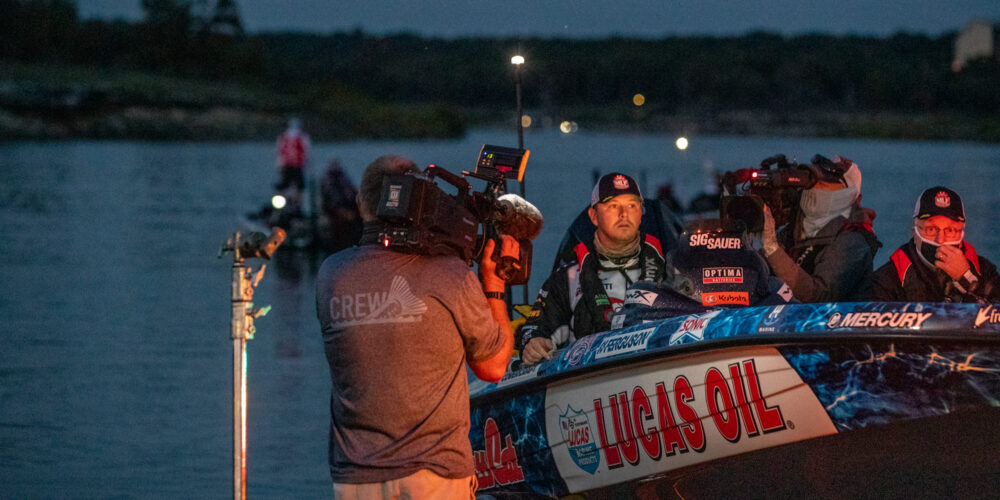 Jeff Sprague and nine other MLF pros his the shores of Belton Lake in Texas for Elimination Round 1 of the Heritage Cup. Photo by Josh Gassman
February 11, 2021 • Mason Prince • Cup Events

The 2021 Academy Sports + Outdoors Heritage Cup Presented by Magellan Outdoors gets underway on Saturday, February 13 with the first 10 competing anglers in Elimination Round 1. The 10 anglers taking the water are:

These pros will battle for three periods on Belton Lake in Waco, Texas to try and be one of the top six anglers on SCORETRACKER® at the end of the day. The four anglers that are below the Elimination Line after time expires will be packing up their rods and heading back home. A scorable bass must weigh a minimum of 1 pound for the entirety of the Heritage Cup.

This is the second Cup event of the season with Edwin Evers taking home the 2021 Challenge Cup trophy from eastern Wisconsin. Adrian Avena and Stephen Browning both competed in Elimination Round 1 of the Challenge Cup and will also start it off for the Heritage Cup.

Jacob Wheeler and Jeff Sprague took home some MLF hardware in the 2020 season and will look to try to add another trophy to their respective mantles in central Texas.

Elimination Round 1 will air on Outdoor Channel on Saturday, February 13 at 2 p.m. ET. The full television schedule can be found at MajorLeagueFishing.com.