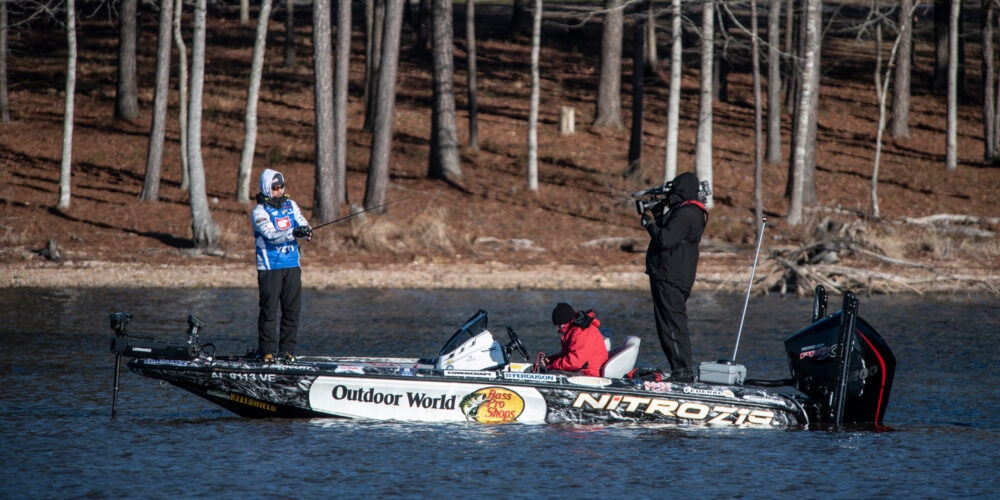 COLUMBIA, S.C. – It’s time for the most exciting rounds of competition in professional bass fishing—the Sudden Death Rounds. The next phase of the 2021 Wiley X Summit Cup Presented by B&W Trailer Hitches gets started on Saturday, June 5 from Lake Murray’s Little Saluda River in South Carolina at 2 p.m. ET on Outdoor Channel. The nine anglers competing in Sudden Death Round 1 are:

These nine pros will fish on Lake Murray as they race to be one of the first four anglers to hit the 13-pound target weight. The first four to collect more than 13 pounds of scorable bass will be moving on to the Championship Round while the five that are unsuccessful will be sent home. A scorable bass must weigh at least 1 pound in Sudden Death Round 1.

Reigning Bass Pro Tour Angler of the Year, Jordan Lee, will look to advance to yet another Championship Round in MLF competition. Dustin Connell wrapped up a REDCREST win shortly following the Summit Cup’s taping in January of 2021. Andy Morgan and Jacob Powroznik both have MLF wins to their credit as well. Native South Carolinian, Marty Robinson, looks to advance to the Championship Round in the Palmetto State and get his first shot at an MLF Cup trophy.

In Elimination Round 3, Luke Clausen won his round after a difficult day on Lake Murray. Clausen only managed to catch five bass for 12 pounds, 12 ounces, but that was still enough to edge out Marty Robinson by 2-2 for the win. Tim Horton bested Alton Jones Jr. for the final spot in the top six by only 12 ounces. Jones, Keith Poche, Ish Monroe and Takahiro Omori were eliminated from Summit Cup competition.

Sudden Death Round 1 will air on Outdoor Channel on Saturday, June 5 at 2 p.m. ET. The full television schedule can be found at MajorLeagueFishing.com.