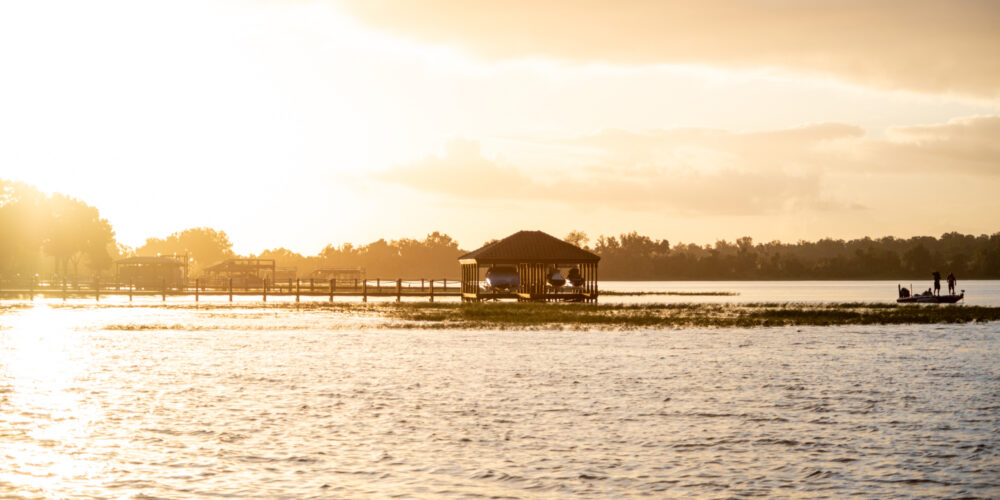 KISSIMMEE, Fla. – The 2021 USAA Patriot Cup Presented by Berkley gets underway on Saturday, April 3 with the premiere of Elimination Round 1 on Outdoor Channel. The event, which was filmed over six days in November 2020, starts on John’s Lake in central Florida. The nine pros competing are:

The nine pros will fish on John’s Lake for three two-and-a-half-hour periods. The six anglers with the highest total weight on SCORETRACKER® at the end of three periods will advance to the Sudden Death Rounds. A scorable bass must weigh at least 1 pound in this event.

Ott DeFoe headlines the group, fresh off his 2021 Academy Sports + Outdoors Heritage Cup and Bass Pro Tour Stage One victory. DeFoe claimed two Texas titles within months of each other after fishing the Heritage Cup in October 2020 and Stage One in March 2021.

Another angler competing in Elimination Round 1 with MLF Cup experience and success is Mike Iaconelli. The New Jersey pro has two MLF Cup trophies to his name—the 2017 and 2019 Summit Cup.

Elimination Round 1 will air on Outdoor Channel on Saturday, April 3 at 2 p.m. ET. The full television schedule can be found at MajorLeagueFishing.com.