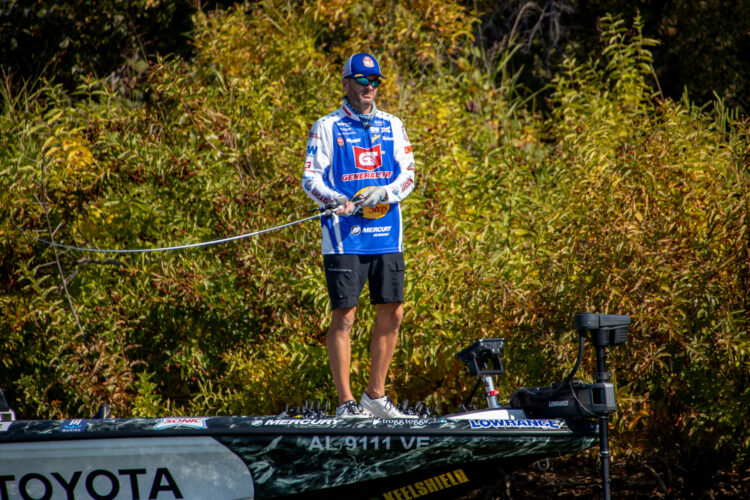 EUFAULA, Ala. – Nine anglers launched onto Lake Waco as the Academy Sports + Outdoors Heritage Cup Presented by Magellan Outdoors Sudden Death Round 1 began, but only four returned to compete another day. With a 14-pound Target Weight, it was a race to the finish that Randy Howell won. Check out some of the Sudden Death Round 1 shots from Lake Waco!