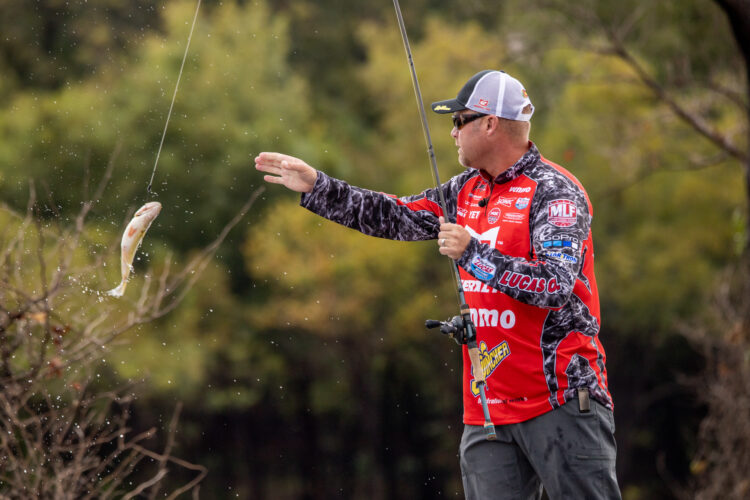 MUSKOGEE, Okla. – Four anglers are moving on and five are heading home after Sudden Death Round 1 of the Sqwincher Patriot Cup Presented by Venmo. The bite was tough all day on Fort Gibson Lake thanks to cloudy skies and sporadic showers, but Edwin Evers, Mark Rose, Brent Ehrler and Jason Christie will be moving on to the Championship Round. Here are some of the best images our cameras captured in eastern Oklahoma.