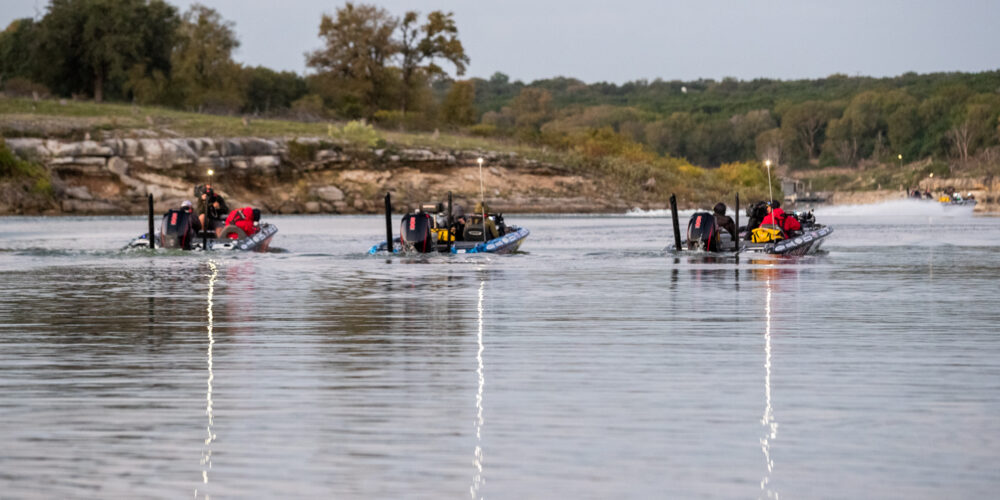 Those 10 anglers will work through three periods of fishing on Belton Lake to be one of the six top pros on SCORETRACKER® at the end of the day. The six anglers with the highest total weight of scorable bass will move on to the Sudden Death Rounds while the bottom four anglers will be heading home. For this round, a scorable bass must weigh a minimum of 1 pound.

In Elimination Round 1, Florida pro Chris Lane won the opening round of competition thanks to 12 bass for 34 pounds, 5 ounces. Lane edged out second-place angler, Jacob Wheeler, by 4-3 to take the round win. Lane and Wheeler will be advancing to the Sudden Death Rounds along with Randy Howell, Gary Klein, Jeff Sprague and Adrian Avena. The anglers who failed to advance out of Elimination Round 1 are Stephen Browning, Casey Ashley, Boyd Duckett and Justin Lucas.

Elimination Round 2 will air on Outdoor Channel on Saturday, February 20 at 2 p.m. ET. The full television schedule can be found at MajorLeagueFishing.com.