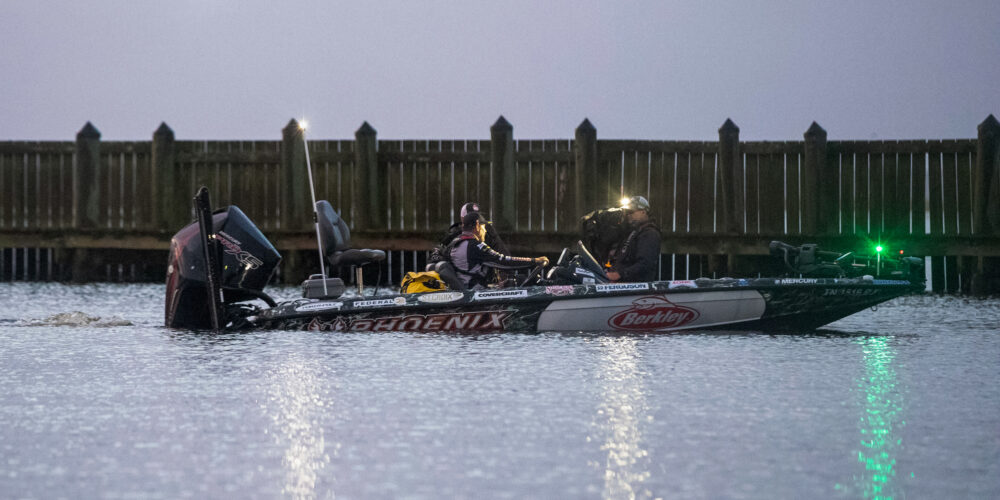 Nine more anglers take to Toho, but only four will be the first to reach 13 pounds during Sudden Death Round 2. Photo by Josh Gassmann
April 29, 2021 • Mason Prince • Cup Events

KISSIMMEE, Fla. – The second and final Sudden Death Round of the 2021 USAA Patriot Cup Presented by Berkley is set to air this Saturday at 2 p.m. ET on Outdoor Channel. Nine anglers will put their boats in the water on Lake Toho but only the first four to hit the 13-pound target weight will be moving on to the Championship Round. The nine anglers competing in Sudden Death Round 2 are:

These nine pros will fish on Lake Toho with the goal of catching enough scorable bass to hit the 13-pound target weight. The first four anglers that do so will be advancing to the Championship Round to meet the four advancing anglers from Sudden Death Round 1. A scorable bass must weigh at least 1 pound.

Takahiro Omori and Jacob Wheeler are the only two anglers in the field that have MLF Cup wins to their credit. Wheeler boasts the 2017 and 2019 Challenge Cup as well as the 2019 General Tire World Championship. Omori won his first and only Cup trophy at the 2020 Summit Cup on Lake of the Ozarks.

In Sudden Death Round 1, Jesse Wiggins was the first pro to hit the 13-pound mark on Lake Toho. He caught nine bass for 14-10. Mike Iaconelli will also be moving on to the Championship Round thanks to an impressive 5-pounder. Ike will be looking to tie Kevin VanDam’s MLF record for most MLF Cup trophies if he’s able to pull off his third win. Michael Neal and Mark Rose are also advancing to the Championship Round on Lake Bellalago. Ott DeFoe, Scott Suggs, Dustin Connell, Zack Birge, and Josh Bertrand were eliminated from Patriot Cup contention.

Sudden Death Round 2 will air on Outdoor Channel on Saturday, May 1 at 2 p.m. ET. The full television schedule can be found at MajorLeagueFishing.com.