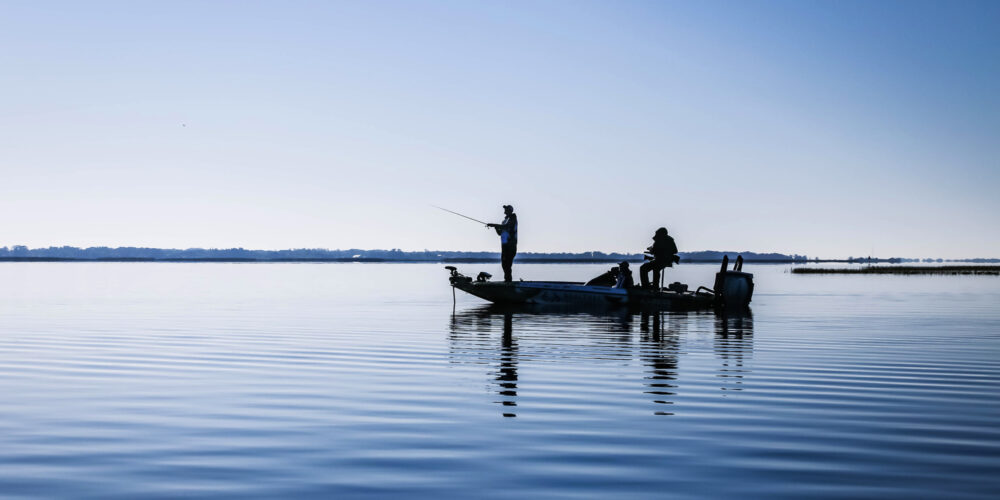 KISSIMMEE, Fla. – It’s time for the most exciting rounds of competition in professional bass fishing—the Sudden Death Rounds. The next phase of the USAA Patriot Cup Presented by Berkley gets started on Saturday, April 24 from Lake Toho in central Florida at 2 p.m. ET on Outdoor Channel. The nine anglers competing in Sudden Death Round 1 are:

These nine pros will fish on Lake Toho as they race to be one of the first four anglers to hit the 13-pound target weight. The first four to collect more than 13 pounds of scorable bass will be moving on to the Championship Round while the five that are unsuccessful will be sent home. A scorable bass must weigh at least 1 pound in Sudden Death Round 1.

In Elimination Round 3, Takahiro Omori continued his run of MLF Cup domination as he took the top spot on SCORETRACKER® with 12 bass for 24-6 on John’s Lake. Scott Suggs, Shaw Grigsby, Dustin Connell and James Watson were also able to grab a spot in the top six and move on the Sudden Death Rounds. Josh Bertrand narrowly edged out Russ Lane by 10 ounces to earn the final spot in the top six and advance. Lane, Kelly Jordon and Fred Roumbanis were eliminated from Patriot Cup contention.

Sudden Death Round 1 will air on Outdoor Channel on Saturday, April 24 at 2 p.m. ET. The full television schedule can be found at MajorLeagueFishing.com.