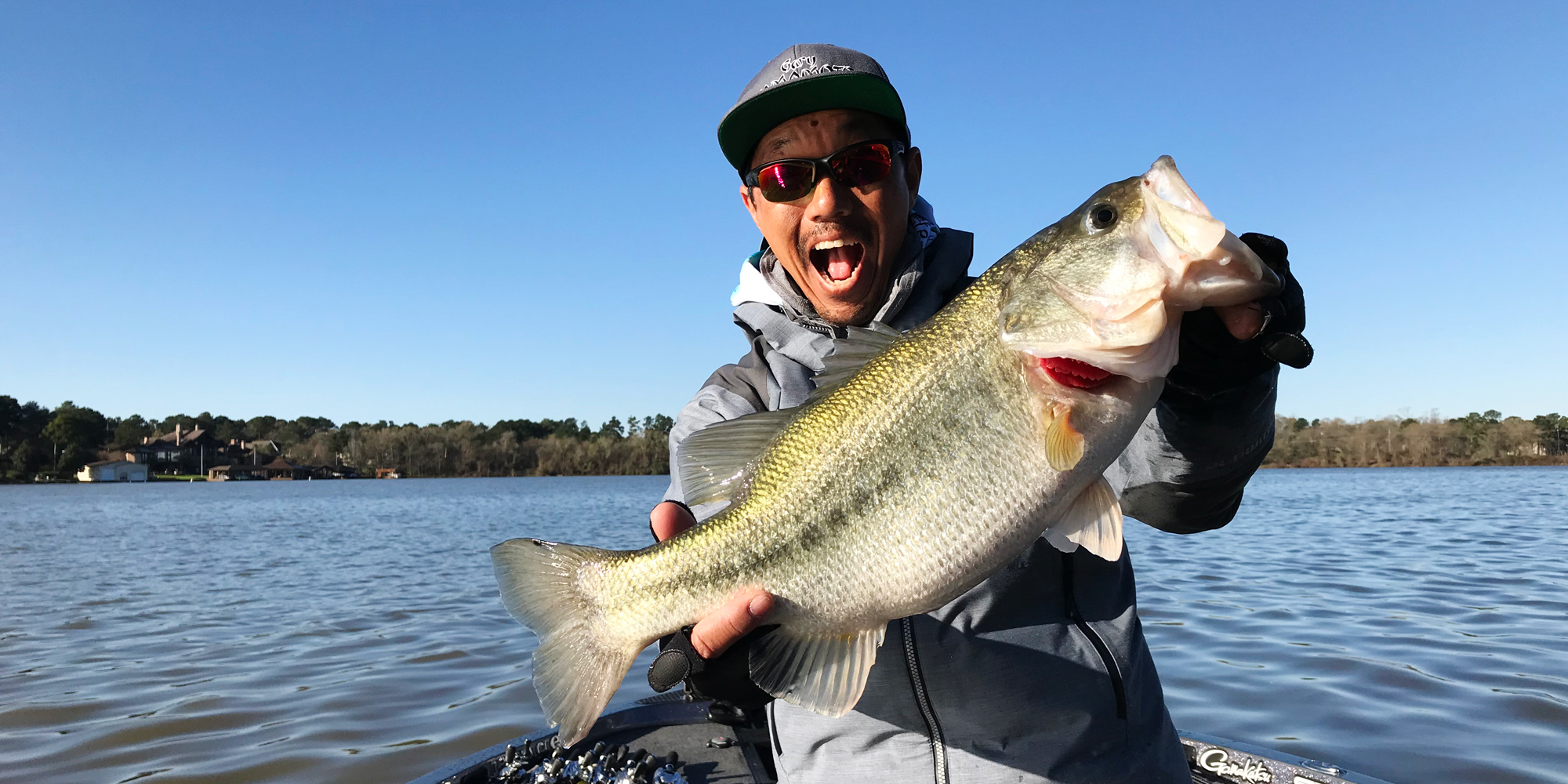 MLF pro Shin Fukae and the rest of the Bass Pro Tour field will be fishing for bigger minimums weights in 2020.

TULSA, Okla. – Some notable rule changes and competition twists will be in play for 2020 on the MLF Bass Pro Tour, including a new minimum weight requirement that raises the standard on the size of bass weighed at national tour-level events.

Under rules approved this week by the Major League Fishing Anglers Association (MLFAA) and drafted into the official league rulebook, MLF will introduce a variable minimum weight system for Bass Pro Tour competition waters in 2020, starting with a 2-pound minimum weight for a scorable bass at the season opener at Lake Eufaula, Alabama (Feb. 7-12).

Minimum weights will be determined individually for each competition water to follow, based on the productivity, bass population and anticipated average size of fish in each fishery. With quality largemouth and smallmouth factories like Lake Fork, the Kissimmee Chain, the Raleigh-area lakes and the St. Lawrence River on the 2020 schedule, the potential exists for even more robust minimum weights.

“The goal is to offer a minimum that’s a quality bass for that fishery, to set the bar higher at each fishery than has traditionally been set,” said MLFAA Board Director Boyd Duckett. “We’ll start with a 2-pounder as the minimum at Eufaula – that’s a realistic minimum for that fishery – and assess our fisheries almost like you would in golf, where every course has a different par. At certain lakes, a scorable bass would be 2 pounds, but I wouldn’t be surprised to see a 3-pound minimum at a place like Lake Fork or Toho. These are unprecedented minimum sizes.”

Raising the Bar at Eufaula

The Lake Eufaula 14-inch minimum mandated by Alabama Wildlife and Freshwater Fisheries – the standard used by tournament organizations as the minimum size allowed in a tournament weigh-in on the Alabama/Georgia border lake – translates to a 1-pound, 8-ounce bass (25 percent smaller on average than the 2-pound Bass Pro Tour minimum)

“The fish in Eufaula will weigh the heaviest they weigh all year when we fish there because they’ll be pre-spawn and carrying their weight through the winter, but a 2-pound minimum on any fishery is a game-changer,” said MLF NOW! analyst Marty Stone, who competed in over 230 tour-level events in his 16-year professional career. “These anglers will be competing on the equivalent of an 11-foot hoop in basketball or swinging for a 400-foot fence in baseball.

“We’re going to show up at one of the best fisheries in the country at Eufaula and ask these guys to fish for a minimum weight standard that’s the highest in the history of our sport. We know they’re going to catch big ones, but raising the bar to a 2-pound minimum resets the playing field. I’ll be interested to see how that affects the game.”

The variable minimum weight will not be incorporated into MLF Cup competitions or the World Championship.

Another major addition to the Bass Pro Tour competition framework for 2020 is an automatic berth in the 10-man Championship Round for the two anglers with the heaviest combined weights in their individual groups (Group A and Group B) in the newly renamed Qualifying Rounds (formerly the Shotgun and Elimination Rounds).

Days 3 and 4 of the Bass Pro Tour – the second Qualifying Rounds for each 40-angler group – will result in one angler apiece earning a berth in the finals based on their combined weights of their first two days of competition (two berths total).

This gives them a 1-in-10 chance of earning a championship trophy, automatically guarantees a paycheck of $12,000 to $100,000, and secures a minimum of 71 of 80 possible points in Cup standings (which translates into more guaranteed money for every Cup event an angler qualifies for).

It also refocuses pressure on the Top 10 and encourages anglers to fish more aggressively in the early rounds, whereas they may have laid off fish in 2019’s Elimination Round competition structure.

“There were plenty of days (in 2019) where I caught them really good on Day 1, caught them just ‘good enough’ on Day 2 to stay where I needed to stay in that Top 10, then started to shake fish off or stayed completely out of some of my best areas,” admitted Andy Morgan, who, in addition to winning Stage Four on Lake Chickamauga, finished in the Top 10 in five qualifying rounds where he did not eventually advance to the championship. “Being able to come right out of your Qualifying Rounds and go to the championship is a big deal. If we had this rule in place in 2019, I’m pretty sure I could’ve made a run at several more Championship Rounds.”

EDWIN EVERS: “Project E” Begins Now, and I’d Like to Invite You Along

No Limits Podcast: A Pop-In Afternoon Chat with Skeet Reese

Ask the Anglers Presented by Champion: Which MLF Pro is the Most Natural Angler?