Elimination Round Advances 20 In Pursuit of REDCREST Title 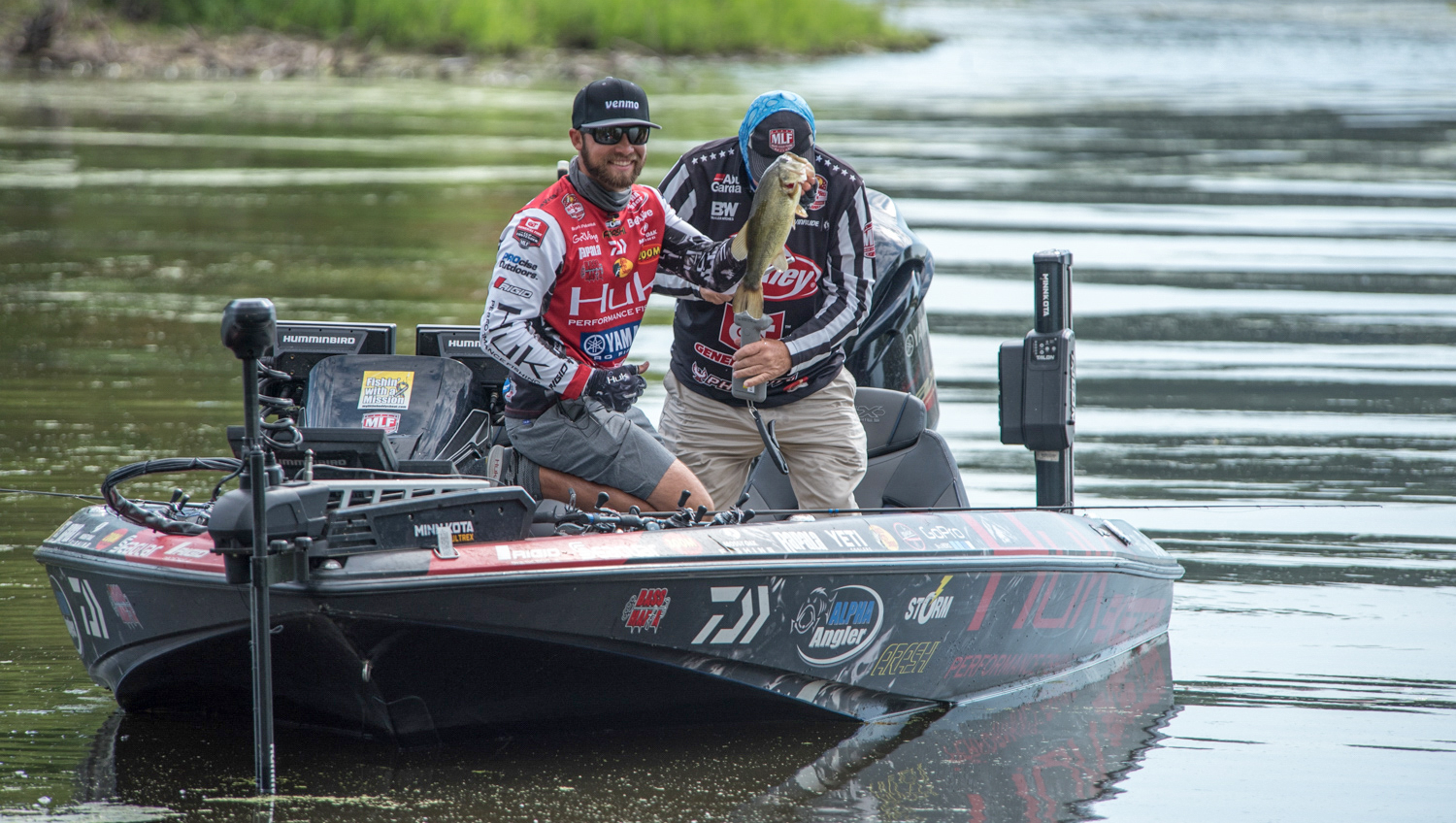 Brandon Palaniuk was one of the 20 anglers advancing out of Elimination. Photo by Garrick Dixon

LA CROSSE, Wis. – Another day on the Upper Mississippi River is in the books at the 2019 REDCREST Presented by Venmo. The fish continued to bite, and we now have our field set for the two Knockout Rounds to be held Friday and Saturday.

This week is a case of anglers either catching them or not, with nothing in between: The gap between 20th and 21st place was over 11 pounds. There were few changes in the standings as 19 of the Top 20 from yesterday’s Shotgun Round have advanced.

Only one angler was able to make a move up, and the bottom 10 anglers could not do enough to keep pace. Mark Rose is in, and Wesley Strader is out. Those are the only two changes from the day.

Rose was the star of the day as he moved up 18 places, and Birge continued to roll as he and several other top anglers cruised through the day. In total, the field caught over 943 pounds of bass, which was down from yesterday with some of the field in practice mode for the Knockout Rounds.

With a massive lead going into today, Birge had a stress-free day until getting his boat stuck late in the day.

“Today was pretty good until I got stuck,” Birge said. “I went to one of the places I got bit yesterday and in practice, caught six in a row and left. I just bounced around the rest of the day. I caught plenty in the morning, but they weren’t biting real good this afternoon.”

He caught 19 fish for 35-2 and pushed his weight total well past the 100-pound mark. No other angler was able to reach triple digits, but several came close.

During Period 3, Birge got stuck in shallow water and was not able to free it before time expired. He will occur a 15-minute penalty that starts as “Lines In” is called during Saturday’s Knockout Round.

Rose’s Birthday Present to Himself

Today is Mark Rose’s birthday, and he celebrated all day. Rose started the day at a furious pace and continued to catch bass throughout the day. When it was all said and done, he had found 44 bass for 67-8. His great day pushed him from 22nd to 4th place.

“I had some ground to make up and went to the same place as yesterday and fished the same way,” Rose said. “There were more baitfish in there, and the bass were much more active. To be honest, I think the Good Lord blessed me on my birthday.”

Based on the seeding for the Knockout Rounds, Rose will have tomorrow off and will have to wait to see if his fish are still there on Saturday.

“It was a special day today, and if they turn on Saturday like they did today, I will have a chance. If not, I do have some backup areas, but will be scratching and clawing to survive,” said Rose.

The lone angler to fall out of the Top 20 was Wesley Strader. He started the day in 20th and remained at or near 21st for the entire day. He tallied 16 bass for 26-5, a respectable total for the day, but was the victim of Rose’s meteoric rise today.

Casey Ashley finished the day in 20th and was an astonishing 11-11 above 21st place Wesley Strader.

·     Mark Rose won the Berkley Catch Count award with 44 bass on the day.

The Top 20 anglers have advanced to the Knockout Rounds. Weights will be zeroed and the field split, with 10 MLF pros competing on Friday, Aug. 23 and 10 more on Saturday, Aug. 24. The Top 5 from each of these round will advance to Sunday’s Championship Round, where weights will again start over, and the playing field switched to Pool 7.

Competition continues on Friday at 7 a.m. CT, with live, official scoring available via SCORETRACKER® on MajorLeagueFishing.com and the MLF app.

Fans are invited to the Onalaska Omni Center for the MLF Midway and Postgame Show Presented by Berkley:

GALLERY: Tharp’s Practice Hints at Things to Come on Okeechobee