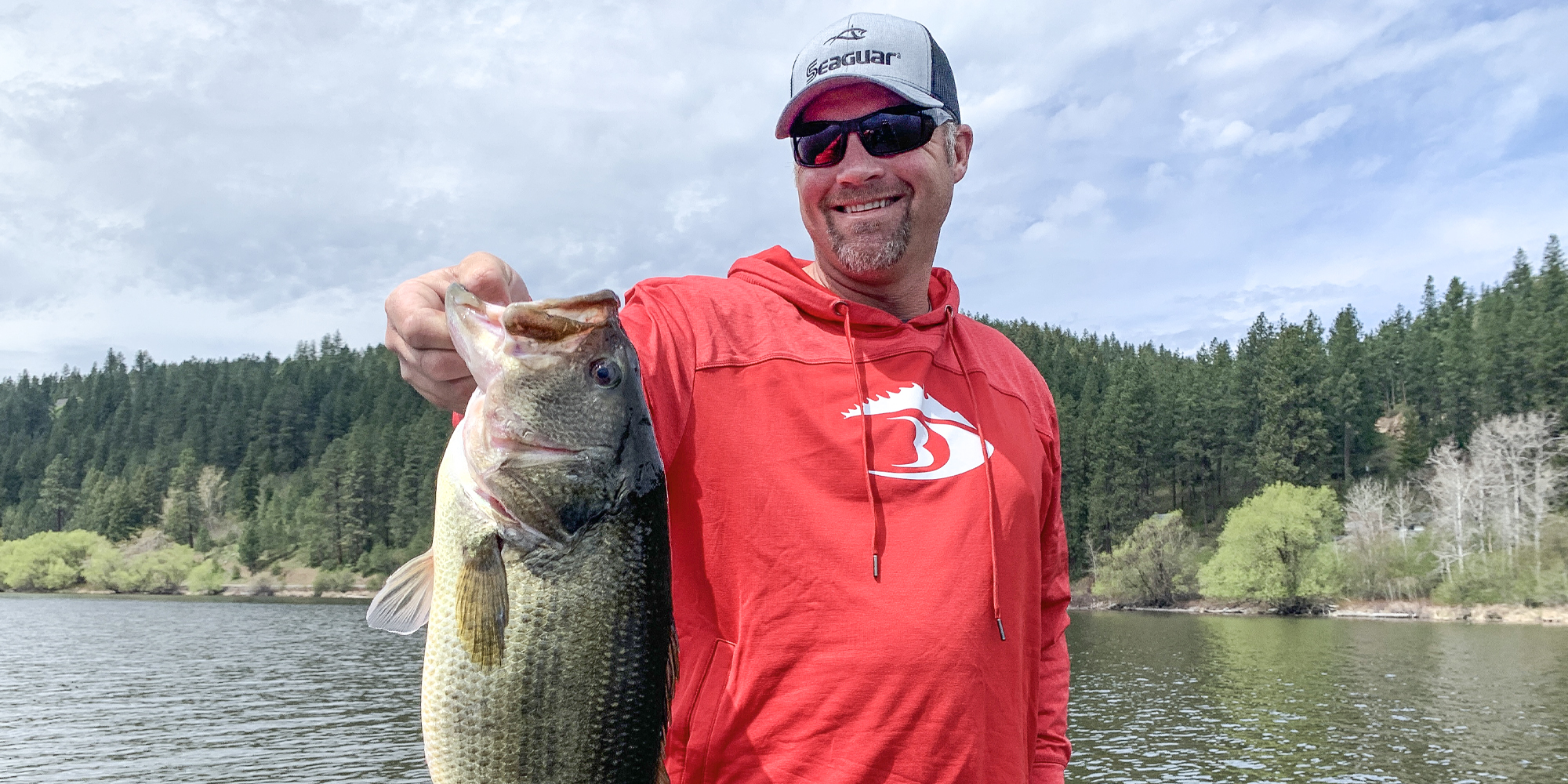 Since turning pro shortly after he graduated from college, Luke Clausen has spent the early months of every year following the tournament trails, mainly in the Southeast. This year has been a little bit different, since much of his free time has been spent chasing bass in the Pacific Northwest during the prespawn (which is what he did throughout his life before becoming a full-time traveling pro).

After wrapping up three prespawn and spawn Bass Pro Tour tournaments in Alabama, Florida, and Texas, the Mercury pro is now fishing those same periods of the spawn in fisheries in northern Idaho.

Clausen follows many of the same principles during the spring, no matter where he goes but says some things are much different.

The Same, But Different

No matter where bass swim, they’re going to follow one path each spring: they’ll push shallow to spawn, whether they swim in Florida or Maine. While this is universal, there are some spawn-related factors that vary dramatically, based on the region.

Clausen feels bass will follow many of the same timelines each year when it comes to water temperature, but believes that northern bass are less affected by changes in the weather.

“Fifty-degree water is totally different when you’re talking about bass in the southern states compared to Idaho or Washington,” Clausen said. “The northern-strain bass are just used to the colder weather and they’ll still bite when there’s still ice on parts of the lake and the water is 39 degrees on south-facing banks and protected bays. Bass in warmer climates would shut down completely in those conditions.”

“Around my house, we don’t have shad, so instead of prespawn bass suspending out in deeper water on balls of shad, they act differently,” he said. “That’s a major player early in the year most places, and it just doesn’t happen here.”

Because of that, Clausen is generally fishing shallower water during the prespawn months when fishing northern waters.

“The major forage is going to be crawfish, perch, and bluegill. Because of that, the fish are much more target-oriented and right near the bank,” he said. “I like to focus on docks, pilings, and hard cover when fishing the prespawn in northern fisheries.”

Another significant difference based on region is the length of time before the bass spawn, according to Clausen.

“In northern waters, the bass are going to move up pretty fast after the ice melts and they will stay there,” he said. “They won’t spawn for a while, so your prespawn period lasts much longer. It could be months where bass in southern waters tend to push shallow, spawn, and then move back out to deeper water, all within a few weeks.”

Some things hold no matter where you live and some baits will catch fish everywhere during the prespawn. But there are a few fundamental changes that Clausen makes depending on where he’s fishing.

“It seems like green pumpkin is always the go-to when I’m fishing in the southeast early in the year, but darker colors are the way to go up north,” he said. “I’ll fish black and blue in all water clarities because dark hues always seem to do better. The bass are just more aggressive to solid, darker colors.”

If we add in the smallmouth factor, Clausen says he keeps it simple.

“It’s hard to beat hard baits for smallmouth. I’ll almost exclusively throw a jerkbait or crankbait,” he said. “They don’t suspend around schools of baitfish like they do in other parts of the country and will generally be right up on the bank.”