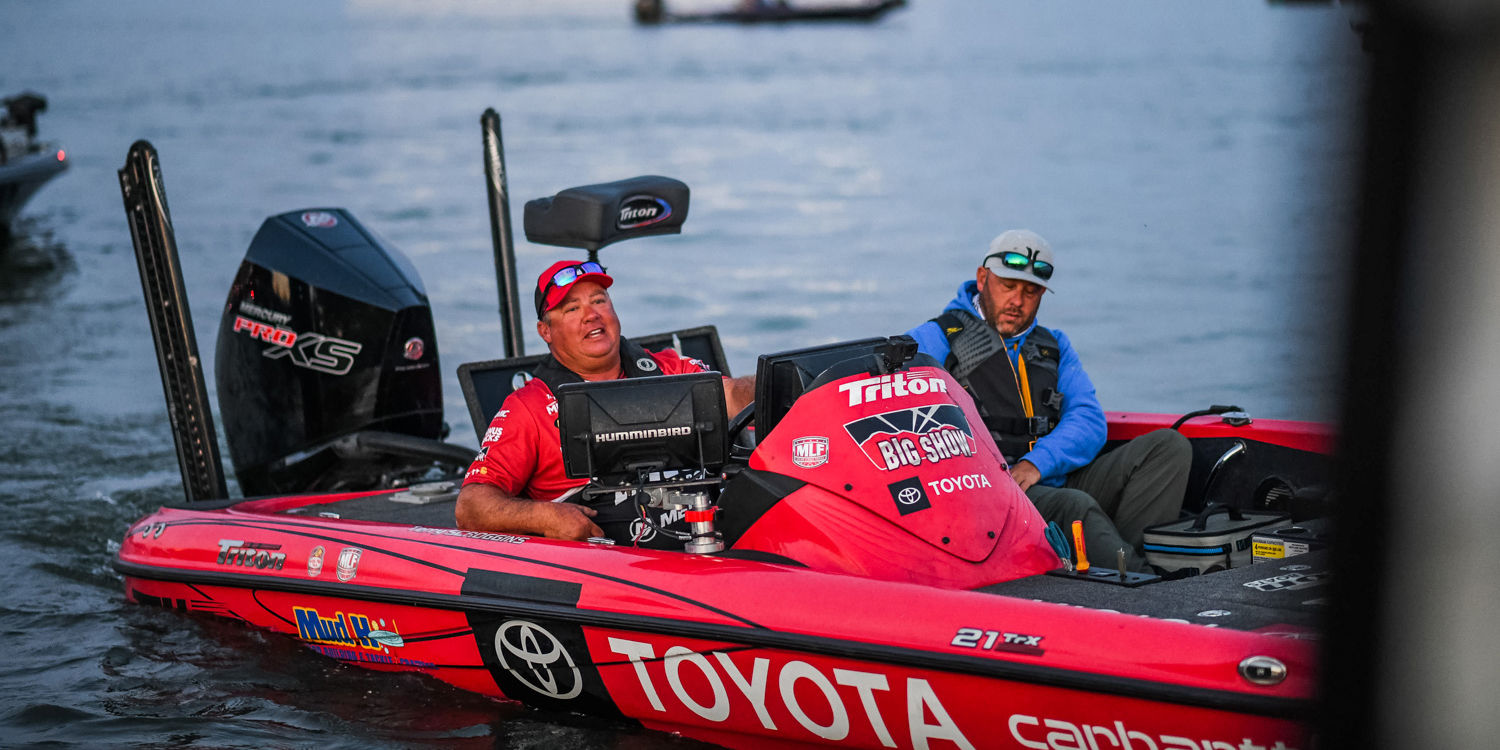 Team Toyota pro Terry Scroggins is a prototypical Florida angler: He spends his time around home flipping and punching for giant bass with beefy gear, and he’s one of the best in the world fishing that way.

One could make the argument that Florida is the best bass fishing state, but one thing you won’t find there is smallmouth bass.

That’s why Scroggins is a huge fan of going “Up North” for smallmouth every summer, and approaches smallmouth fishing like he does saltwater fishing around his house.

When he’s not traveling across the country on the Bass Pro Tour, Scroggins is an avid saltwater angler, and counts grouper as one of his favorite targets. He says fishing for grouper and smallmouth is very similar and that grouper fishing has helped him better understand smallies.

“We mainly fish vertically for grouper, and you’re always looking for those reefs, high spots, and isolated structure,” Scroggins says. “That’s exactly what you need to be doing with smallmouth, especially on the Great Lakes.”

The use of electronics is another similarity between the two species.

“You always want to be looking for those rocks and high spots for both species,” Scroggins says. “Sometimes, a smallmouth or a grouper won’t show up on the graph because they’re so tight to the bottom.”

Because of this, Scroggins always makes sure to make a few casts on promising areas, even if he isn’t marking fish. This is true both for his smallmouth and saltwater exploits.

“If you see something that looks good, you better be fishing it,” he advises. “I think some guys overlook areas when they’re graphing or side-scanning and don’t see any marks from fish. But if it looks good, (fish) will be there.”

According to Scroggins, the two biggest keys for smallmouth lure selection are the two ways by which they feed: sight and scent.

When asked for his go-to smallmouth techniques, Scroggins had three that he always has tied on.

“A drop-shot, of course, but I’ll also have a Ned rig and spybait,” he says. “Those three will cover you for most smallmouth fishing. The drop-shot and Ned rig allow you to fish on the bottom, and I’ll rely on the spybait for suspended bass.”

Scroggins said another parallel between grouper and smallmouth is the importance of scent.

“I’ve learned that scent is critical for smallmouth,” he says. “It’s the same with grouper: we use a lot of cut bait that has no action, just that scent.”

Like many anglers, Scroggins is a fan of Berkley’s PowerBait MaxScent and GULP!.

“I started using GULP! over a decade ago and I definitely believe in it,” he says. “If I’m Ned rigging with a Z-Man TRD, I’ll even soak the baits in that Berkley scent.”

While smallmouths have a reputation for being ultra-aggressive and easier to catch than largemouth, Scroggins begs to differ.

“Smallmouth, especially on the Great Lakes, get pounded by anglers now that everyone has great electronics and knows how to catch them,” he says. “I think they’ve gotten smarter over the past few years and that has made them much more fickle. That’s another reason scent is so important, just like when you are out grouper fishing.”