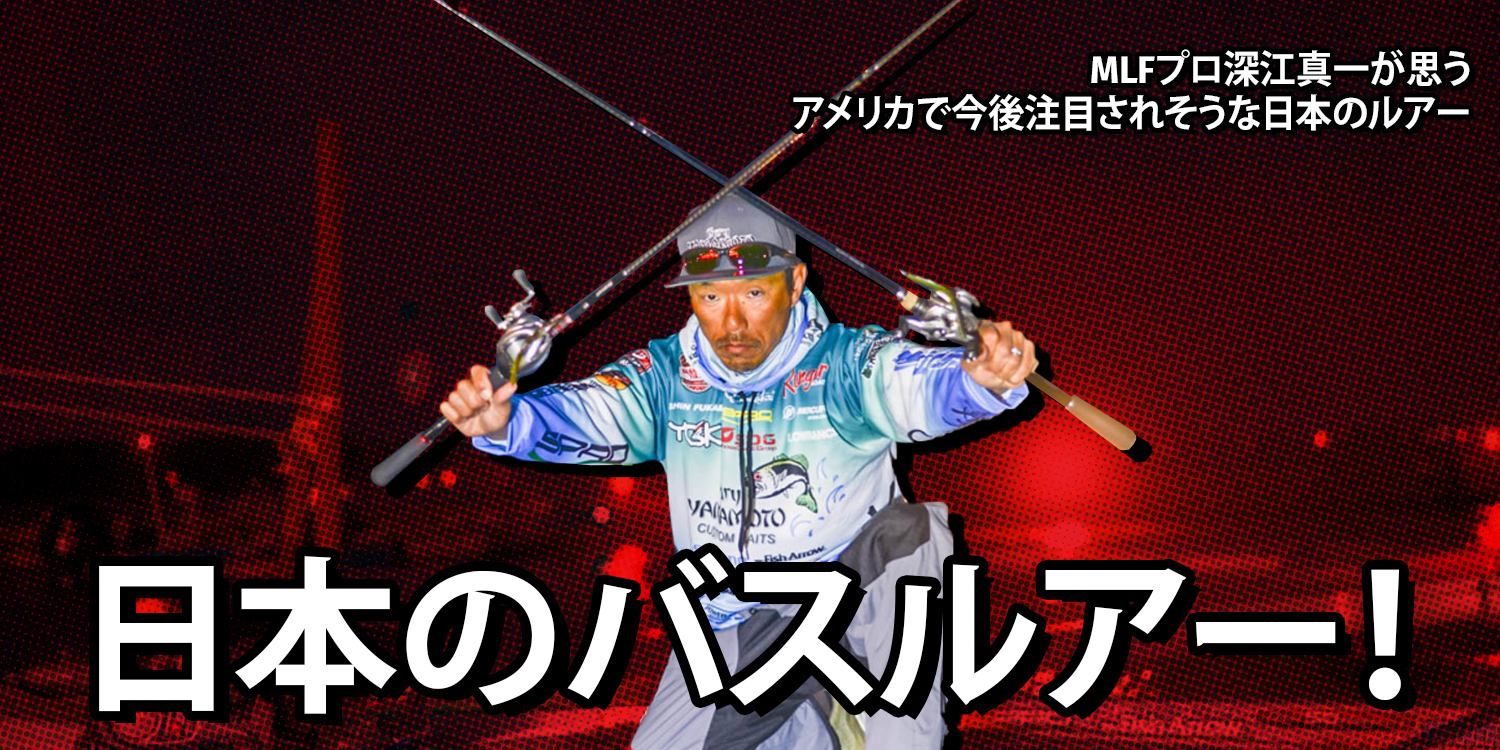 Many bass-fishing techniques and tackle innovations originate in Japan and eventually land on the West Coast of the United States before gaining popularity across the country.

The drop-shot rig is a shining example of this, but the Neko rig, Jika rig, and giant glide baits can all at least partially be traced to Japanese bass anglers, and each of them followed this same trajectory.

MLF pro Shin Fukae is privy to what’s happening on both sides of the Pacific Ocean as he originally called Osaka, Japan home and now spends most of his time here in the United States. He just recently came back from a six-week trip to Japan with his wife, Miyu, and got an up-close look at what’s happening in the bass fishing circles of his home country.

The Next Big Thing?

When asked for a prediction as to which technique will arise from the “Land of the Rising Sun” and gain popularity in America, Fukae said the “free rig” is his prediction for what will be the next big thing.

If you’re a tackle junkie, you may already know that Shin has been talking about this for the past few years, but it still hasn’t hit the mainstream here. He describes the rig as a cross between the Texas rig and Carolina rig, and is made up of a sinker with a closed loop in which you pass your line through, and then connect your hook and soft-plastic bait.

“You can fish a weight from 1/8 ounce to an ounce, and it works both in shallow and deep water,” Fukae said. “You can also use any soft-plastic bait you like. I use it with creature baits, finesse worms, and even small Yamamoto Shad Shape worms.”

Fukae uses the specially designed tungsten Fish Arrow Free Rig Sinker, but other weights will work for the technique. The beauty of this rig is that the bait will free fall (hence the name) as the weight will fall first – the line passing through the weight allows a different (and separate) falling action than the weight. This unique action continues each time the weight moves.

“It’s great for windy days, and when you want to reduce slack in your line, like when fishing deeper water,” Fukae added.

His line of choice is the YGK G-Soul OHDRAGON SS140.

These two categories have already landed stateside, but Fukae says they’re showing no signs of slowing down in Japan.

“Japanese anglers are using a lot of glide baits,” Fukae confirmed. “Some of the most popular right now are the DRT Tiny Klash and the Phat Lab Nekosogi, and they’re fishing them very slowly. The key with fishing baits like that is to have patience.”

The Tiny Klash has a cult following here in North America, and a quick search on eBay will show the high demand and exorbitant prices for these lures.

The idea of crawling topwaters is not new – the Heddon Crazy Crawler has been around since the 1940s – but they have taken off in recent years in Japan and are also gaining popularity in the U.S. Notable Japanese lure brands are making them like the Jackall Pompadour, Imakatsu Aventa Crawler, and Deps NZ Crawler.

“You fish them like a wakebait and just crawl them on the surface, it’s definitely a big-fish technique,” Fukae added.

He also hinted that more unique items would be released in February, at the Fishing Show Osaka, which is Japanese equivalent to ICAST.