"Eventually the Light Bulb will Come On" 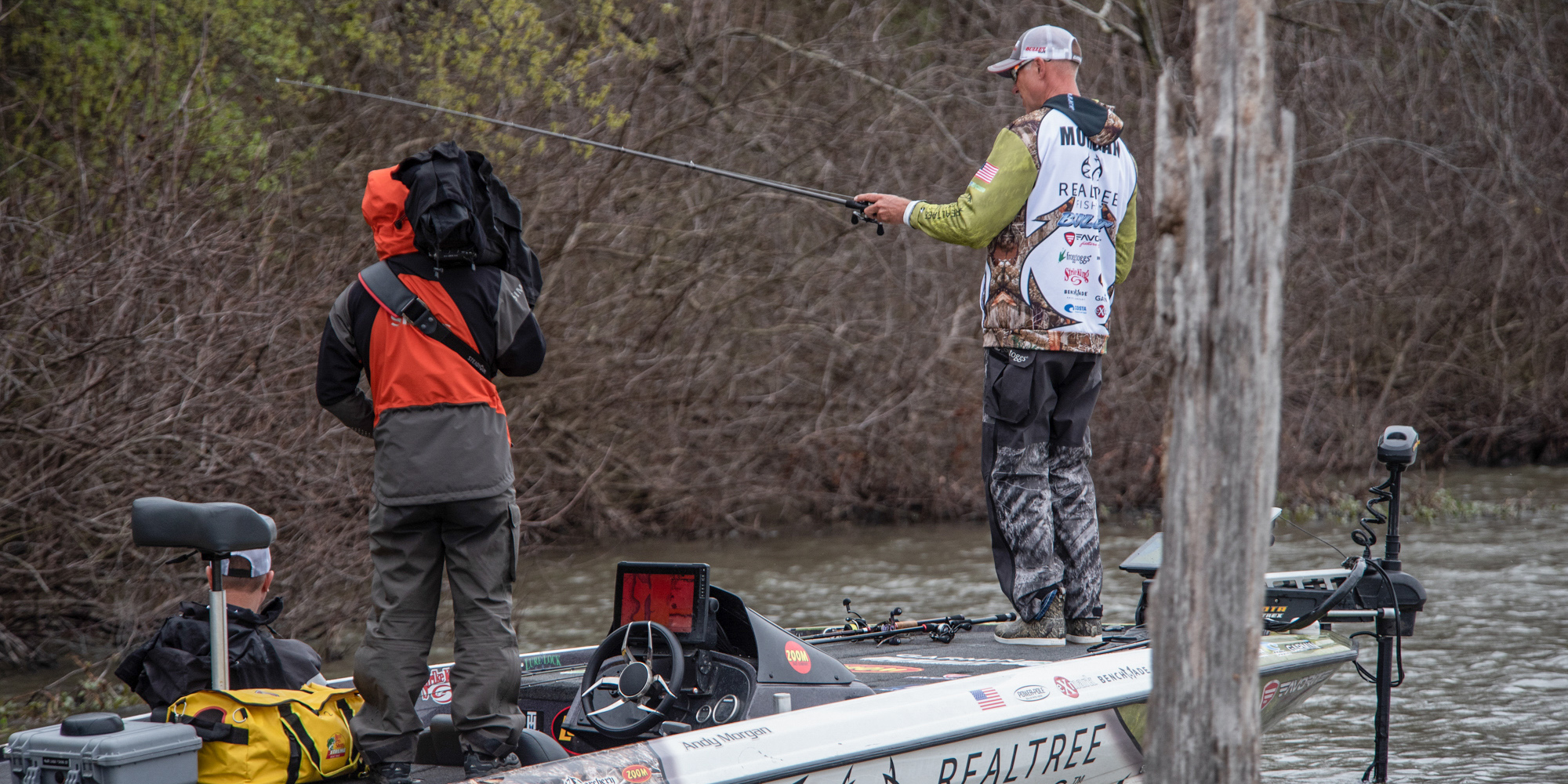 MLF pro Andy Morgan asserts that junk fishing is as much a mindset as a series of techniques. Photo by Garrick Dixon

“Junk fishing” is a term that’s been floating around the sport of bass fishing for many years. To many, it refers to randomly picking up different baits and just chunking and winding. To some, it’s truly an effective gameplan to take money out of the pockets of other competitors.

One of the anglers fishing the Bass Pro Tour, Andy Morgan, could easily be the best junk fisherman around. Sort of the Jedi Master for the art of the junk. He’s got plenty to say on the subject.

“Junk fishing is what you do to burn through the day,” Morgan says. “Through junk fishing, you will develop a pattern. Eventually, the lightbulb comes on. For me, tournaments always start with junk.”

Method to the Madness

Is there really a method to the madness, or do you simply pick up whatever is in front of you and try it out? According to Morgan, it’s all very calculated.

“I know a lot of people think it’s random, but it’s not,” Morgan says. “How you go about junk fishing is all dependent on where you’re fishing, what the major cover is: docks, grass, whatever, the water depth, seasonal patterns, etc. and, if you know the water at all, you’ll target the highest percentage spots. Like the back four or five docks in a creek or other cover.

“I’ll have no more than six rods on the deck. One rod will have a crankbait, another a jig to fish a rocky stretch, I’ll have a jig or a piece of Zoom plastic to pitch under docks or into brush, on flats a spinnerbait or a Strike King Thunder Cricket. It’s all techniques that work in those locations. You keep your head down and fish hard, then burn through something and move on to the next playground.”

Junking it up Without a Pattern

Sometimes, patterns don’t show themselves and you’re stuck being the junkyard dog. Don’t worry, you’re not out of luck.

“A lot of times, no pattern ever develops,” Morgan confirms. “This is when you just fish what’s in front of you. Put the trolling motor down and go. You can make it work, if you’re hellbent and keep going. This is pure seat of the pants fishing, just go, go, go.”

Using the junk-fishing approach to practice for a tournament or just for fun is actually something most anglers can adapt to if they choose. Keep your bait selection fairly simple and be prepared to grind.

“I live by the rule of junk fishing,” Morgan jokes. “I’ll practice a certain way for two days before a tournament. I’ll think I can win doing what I did in practice but seldom does it work. I fall back on junk fishing, and it’ll usually take me where I need to go. I’ve built a career with it. It’s truly a mindset. Let the small patterns develop and keep your bait selections simple.

“I don’t have the time to be mired down in small color changes. I keep it simple. In dirty water, throw dark colors. In cleaner water, more natural colors usually work best.”

Though junk fishing will keep you in the bass catching game most of the time, there are days when it just doesn’t pan out. Learn from it and adjust your junk game accordingly.

“Bass fishing is similar to hunting,” Morgan says. “It’s the same rule of thumb in archery hunting for a whitetail as it is for bass. You go through all of the scenarios and situations from your past experiences, but sometimes, it doesn’t work out.

“There are days you don’t run into them. Sometimes, you just don’t have it. Junk fishing is extreme power fishing. This is when you switch to power finesse junk fishing. Then, that may not work. Sometimes the bass just aren’t cooperating. Sometimes you don’t throw where they live. Just keep going and you’ll figure something out. It’s the junk fishing mindset that has won a lot of money and tournaments for me over the years.”