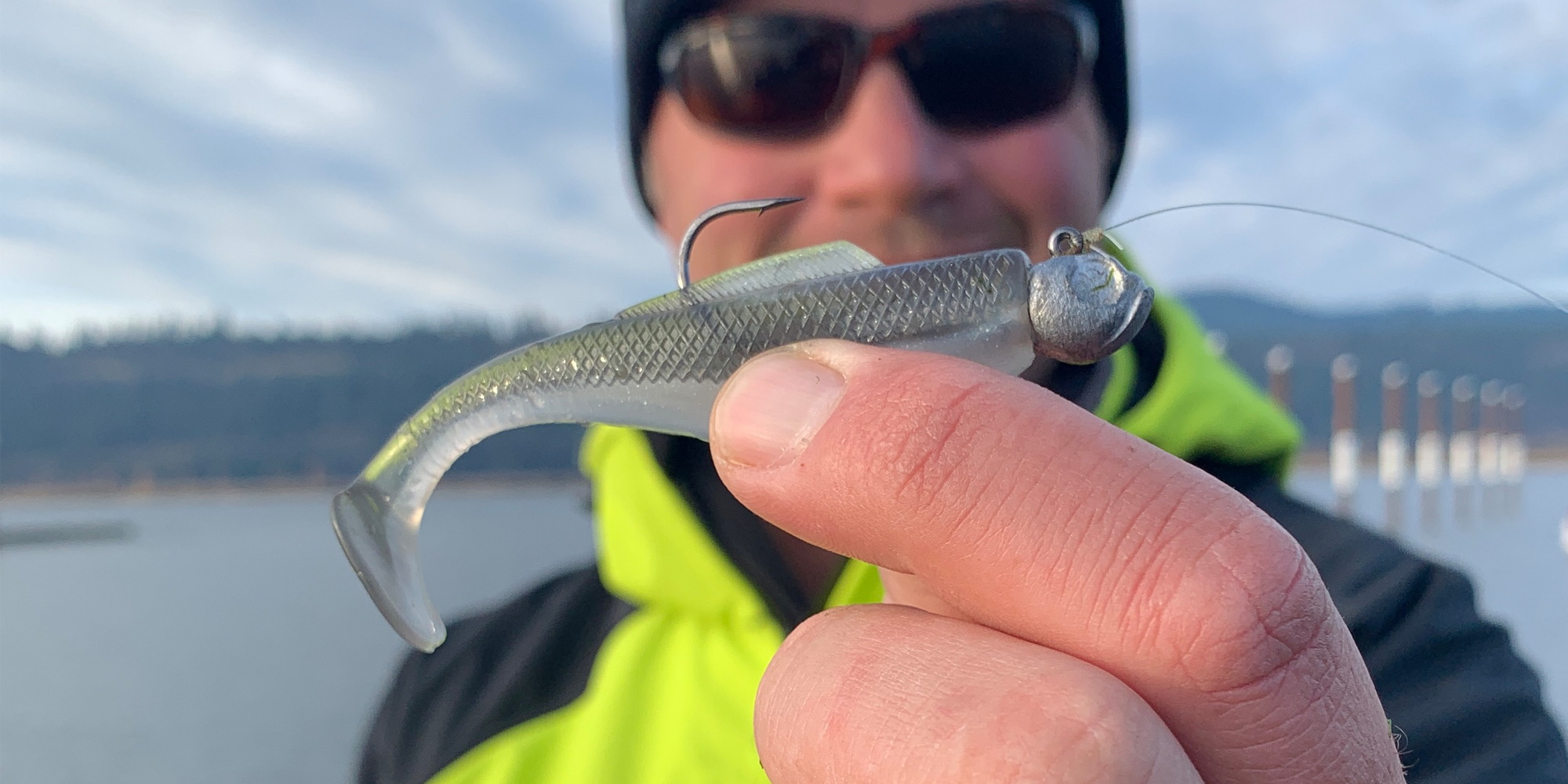 Although they're small, 2- and 3-inch swimbaits can produce some mighty results. Photo by Tyler Brinks

Over the past few years, MLF pro Luke Clausen has discovered a new way to tempt big bass: a swimbait. Now, big bass and swimbaits go hand in hand, but the swimbaits Clausen is talking about are tiny 2- and 3-inch baits

But, don’t let their size fool you: they’ll produce giant bass when the conditions line up.

When to Go Small

The most important factor for this approach, according to Clausen, is clear water.

“Fish have to be able to see it from a long distance to make it effective since the fish are either watching it fall to the bottom or seeing it go above their head,” Clausen says. “It also excels on those slick, sunny days when the bass don’t want a bigger swimbait or any other moving bait for that matter.”

Clausen adds that the little swimbait bite also shines during periods of extreme temperatures, both hot and cold.

“When the water is really cold, it’s hard to get them to bite a bigger swimbait,” he observes. “The same is true when during the middle of the summer, when they don’t want to chase something as much.”

Clausen believes this is primarily a smallmouth and spotted bass technique, but says it will work equally well for lethargic largemouth, as long as the water is clear.

When it comes to bait selection, he prefers the 2 1/2-inch Z-Man Slim SwimZ or the 3-inch Z-Man MinnowZ, with the natural-looking “Smelt” color being his favorite for both baits. He prefers the 1/8- and 3/16-ounce Z-Man Trout Eye Finesse Jig Head, depending on the depth he is targeting.

Clausen will fish these bite-sized swimbaits on the same spinning gear that he uses for other finesse techniques, and generally uses a standard slow retrieve, but he has a few tricks up his sleeve to get more bites.

“One of the best times to get a bite is as the bait is falling on a tight line. because it is like a pendulum towards the bottom,” Clausen says. “After it falls, I want to get the bait higher in the water column.”

He’ll generally start his retrieve by letting the bait fall to the bottom, and then begin his retrieve toward the surface, but still in the middle of the water column. Clausen takes cues from what he sees on his Lowrance electronics to see if the bass are positioned on the bottom or suspended. From there, he’ll count down as his bait falls to keep it above the fish.

“With small swimbaits, sometimes it is best to keep the bait above the fish,” Clausen says. “They generally come a long way to get the bait because they see the small profile going above them.”

Another time to be ready is anytime the bait is changing directions and starting the ascent toward the boat.

“That little rise as the bait starts to move upwards is when a lot of bites happen because it makes that swimbait look like a fleeing baitfish,” Clausen says.

As mentioned, Clausen puts his finesse spinning gear into double duty, and uses it for his small swimbaits. He prefers two different G.Loomis rods: a 6-foot-10 NRX 822S DSR (Drop-Shot Rod), or a 7-6 medium-action 902S JWR.

He pairs the rod with a 2500-sized Shimano Stradic spooled with 20-pound Seaguar Smackdown Braid in the high-vis Flash Green color, connected to a leader of 8-pound Seaguar Tatsu Fluorocarbon.