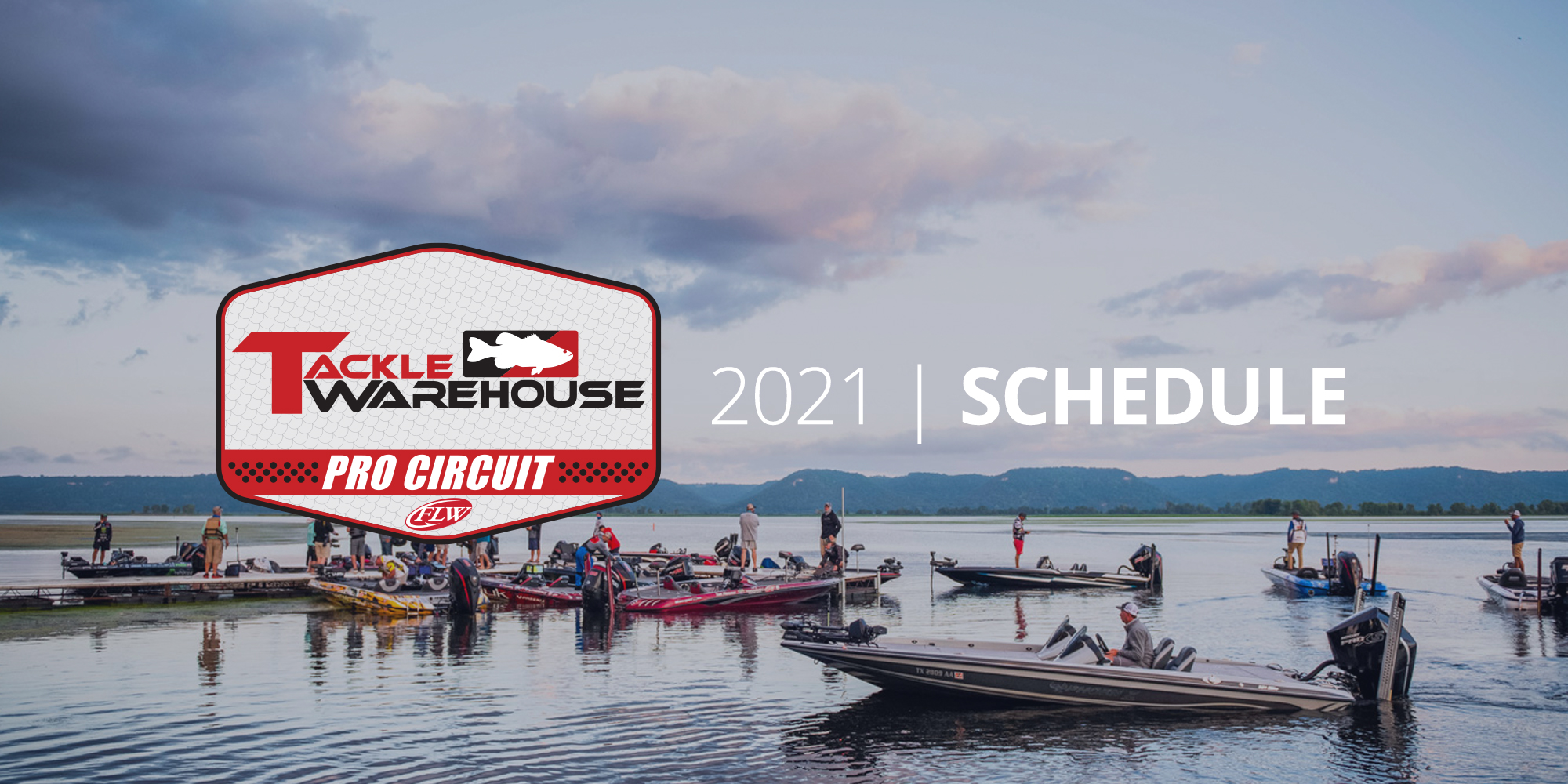 The 26th season of FLW’s top professional circuit will feature six regular-season tournaments showcasing the best 150 anglers in the world competing for as much as $135,000 in a five-biggest-fish format on top bass fisheries at peak times. The 2021 season culminates at the Tackle Warehouse Pro Circuit TITLE presented by Toyota, where the top 50 pros will compete for as much as $235,000 in a catch, weigh, immediate-release format.

“We are thrilled to offer our top pros an exciting 2021 schedule with the sport’s largest payouts for a new lower entry fee,” said Kathy Fennel, FLW Executive Vice President and General Manager. “With one less qualifier, pros will have less time on the road and the ability to fish a complimentary Toyota Series division to qualify for a second championship that pays as much as $235,000 to the winner.”

Complete payout details are listed below.

Payback is based on the number of paid entries in qualifiers.

Angler of the Year

The top pro from the point standings after six Tackle Warehouse Pro Circuit qualifiers (ties resolved by total weight) wins the 2021 Angler of the Year award and entry fees for the following season.

Polaris Rookie of the Year

About FLW
FLW is the world’s largest tournament-fishing organization, providing anglers of all skill levels the opportunity to compete for millions of dollars in prize money across five tournament circuits. Headquartered in Benton, Kentucky, FLW and its partners conduct more than 290 bass-fishing tournaments annually around the world, including the United States, Canada, China, Italy, South Korea, Mexico, Namibia, Portugal, South Africa, Spain, and Zimbabwe.