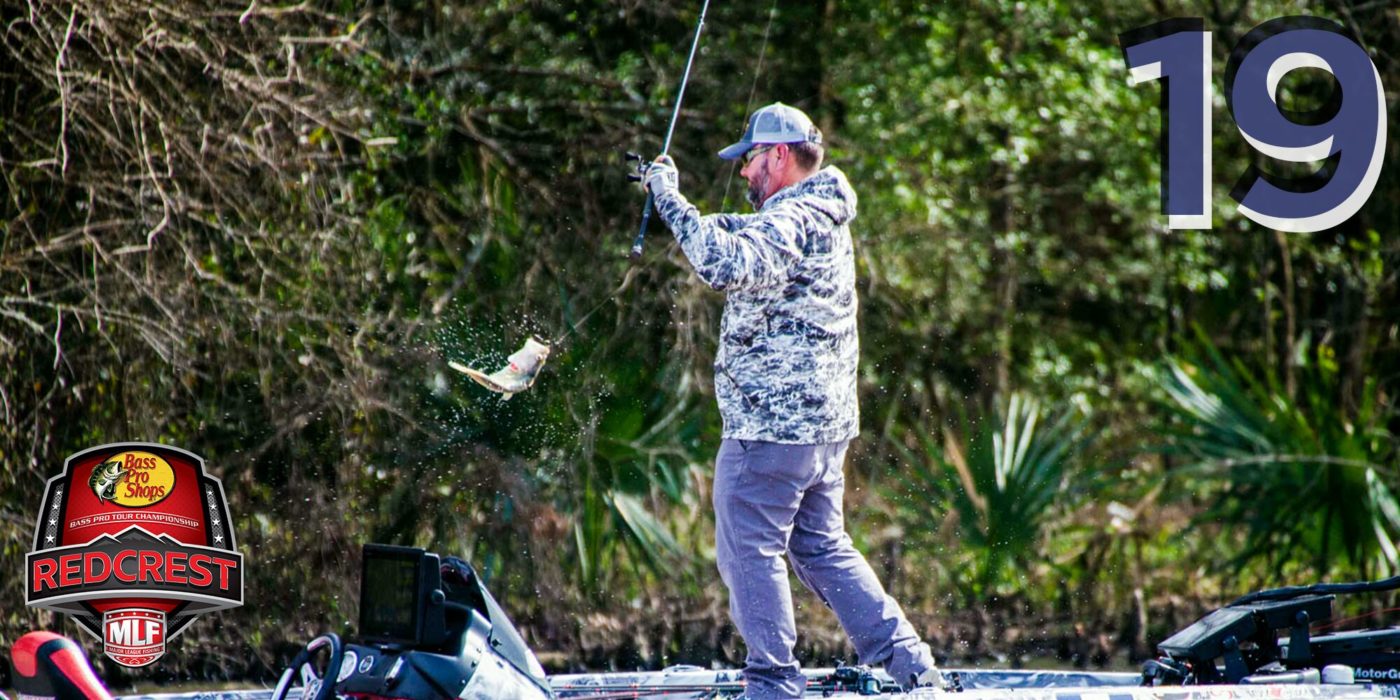 Greg Hackney prepares to take on 29 of the best anglers in the world when REDCREST begins on August 21. Photo by Phoenix Moore

In his career, Greg Hackney has 11 wins, a 2018 General Tire World Championship, a 2014 Bassmaster Elite Series Angler of the Year title and a win in the 2009 Forrest Wood Cup. When the lights are the brightest, it seems that’s when Hackney shines the most.

“I’ve also been on some bright stages when I was pretty dull,” Hackney is quick to point out with a chuckle.

Still, not many pros on the Bass Pro Tour can boast the resume that the Louisiana angler brings to the table. Come August, there will be another stage that Hackney will look to command, the 2019 REDCREST. If Hack Attack is able to take home a win in La Crosse, Wisconsin, he says it will be the biggest moment of his career.

“If I win REDCREST, I will have beaten the finest field of bass fisherman that has ever been assembled,” Hackney said. “My whole goal this year was to make REDCREST, I didn’t really have any others. I made it, and I’m going to do my best to win the whole thing.”

Hackney will be the first to tell you that wins in the highest level of professional bass fishing don’t come easy. The Mercury pro didn’t earn a win and didn’t finish higher than 12th place in an event this season on the Bass Pro Tour. But even though he didn’t hoist a championship trophy, Hackney was a model of consistency. He only missed the Knockout Round twice during the eight stages on the 2019 Bass Pro Tour, giving himself plenty of opportunities.

“I’ve always prided myself on being able to adjust and getting in a position to win,” Hackney explained. “I’ve learned over the years that you swing for the fence when you have the opportunity, but don’t overreach when it’s not in the cards. I was happy with where I finished this season.”

Adjusting on the Fly

Qualifying for REDCREST and finishing 19th in the points standings wasn’t as easy as Hackney made it look. Although he had experience in the MLF format heading into 2019, he was not used to fishing the MLF format against 79 of the best anglers in the world.

“This year has been a huge challenge for me because I had to re-invent myself after Stage Four,” Hackney recapped. “I really had to learn how to speed up. I’m a methodical type of fisherman, so I’ve had to get used to needing to catch nearly 50 bass a day just to keep up. This is the toughest thing that I’ve ever done. Between this format and this group of anglers, it’s been different for me this year.”

Hackney points out that the Bass Pro Tour is so competitive that it’s a little like running through a buzz saw. By the time you escape and you’re on the other side—the other side being REDCREST qualification—you’re so exhausted and beat up from the regular season you just need a break.

“I would have had a much easier year this year if I wasn’t fishing against these other 79 guys and I was in another league,” Hackney said with his signature laugh. “But, that’s part of the reason I came to MLF. I’m a gamer and I want to compete against the best in the world. I feel like I’m getting to do that now.”

Hackney will get his opportunity to compete against the other top 29 anglers of the Bass Pro Tour season on August 21 in La Crosse, Wisconsin.