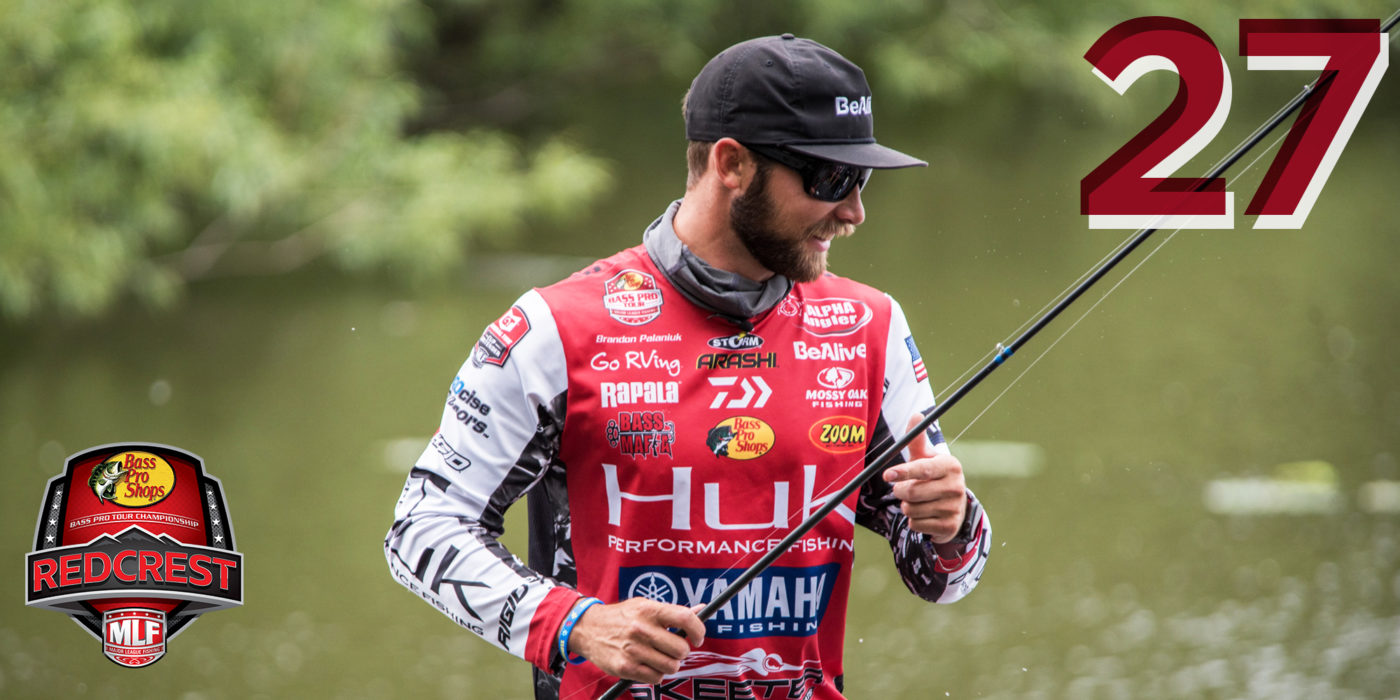 Brandon Palaniuk is ready to make some adjustments to his previous approach on the Upper Mississippi River. Photo by Garrick Dixon

As is the case with most of the field of 30 anglers preparing for REDCREST 2019 (August 21-25), Brandon Palaniuk is eager to compete on the Upper Mississippi River around La Crosse, Wisconsin, simply because of the quality of the fishery.

But while he’s enthusiastic about the pools of the upper river that serve as a border between Wisconsin and Minnesota – “It’s just such a great place to fish,” he says – Palaniuk is also matter-of-fact about how the upper Big Muddy will perform under the MLF “every scorable bass counts” format.

“A bunch of us wanted to make REDCREST just because the Mississippi River around La Crosse is such an outstanding fishery – anytime you fish there, it’s just fun,” Palaniuk admitted. “But as much as I like it up there, things are going to be completely different under a different format. It’s basically going to be a whole new fishery, and you’d better be prepared to approach it differently.”

Palaniuk and the rest of the REDCREST field all have tournament experience on Pools 6, 7 and 8 of the Mississippi River out of La Crosse: Palaniuk and the rest of the former Bassmaster Elite Series anglers in 2012, 2013, 2016 and 2018; former FLW Tour anglers in 2017. Two REDCREST competitors (Todd Faircloth and Ott DeFoe) have claimed tour-level wins there, and several have Top 10 finishes.

Thanks to a strong smallmouth pattern, Palaniuk himself appeared on his way to a dominant win in La Crosse in 2013 before an inadvertent fish-culling violation cost him a full day’s weight penalty and dropped him out of the cut. But much of that history will be suspect at REDCREST, if Palaniuk is correct in his assessment of how the fishery will perform in the MLF competition format.

“It was higher water (in 2013) and I was chasing more smallmouth than largemouth, but I think it’ll be a whole new fishery under this format,” he said. “The Mississippi River has always had a lot of fish in it, but in our previous competitions, it’s always been about being able to find those better-than-average fish (for a five-fish weight). Now it’s just about finding and catching them. And there are tons of fish in that river, and tons of ways you can catch them.

“The fish that didn’t make much of a difference before, when we were all looking to upgrade? Those fish will make a difference now.”

Adjusting to the Competition Grounds

Palaniuk expects the REDCREST competition schedule to play a major role in determining where anglers will fish, and for how long. While previous competitions have allowed anglers to fish the entirety of Pools 6, 7 and 8, REDCREST’S individual-round format – one Opening Round, three Qualifying Rounds and a Championship Round – will be contained inside individual pools each day. That means that Palaniuk’s (and the field’s) favorite areas on the Upper Mississippi might not even be in play.

“I have areas that I like to fish if it’s wide open and we can fish anywhere we want, but if we’re broken up into different pools, I have to split my practice time,” Palaniuk said. “I’ll probably end up fishing water I’ve never seen before, and will have to learn it that week.”