STAGE FOUR 2020: Raleigh Weights and Numbers Have Potential to be Even More Impressive 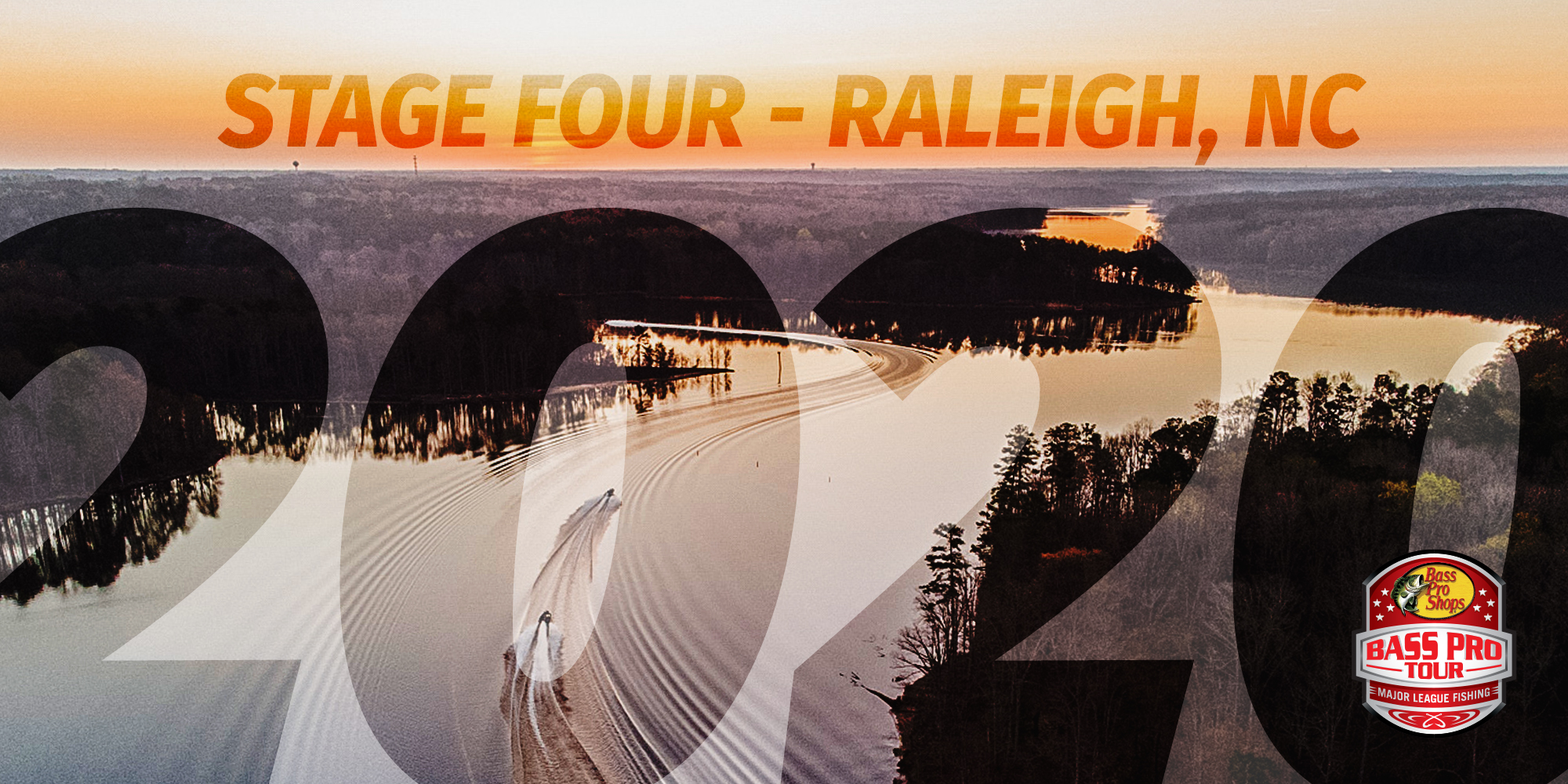 RALEIGH, N.C. – When the 80 anglers on the Bass Pro Tour showed up to Raleigh, North Carolina last March, the fishing world wasn’t quite sure what to expect from the three relatively unknown lakes: Falls Lake, Jordan Lake and Shearon Harris Reservoir. After six days of eye-popping numbers and jaw-dropping weights, the trio of Tar Heel State lakes had made an impressive name for themselves.

When it came time to make the 2020 Bass Pro Tour schedule, it was a no-brainer to return to North Carolina.

MLF NOW! analyst Marty Stone has made his home in North Carolina and has fished these three lakes for many years. While most of the bass-fishing public was surprised by the results of last season’s Stage Three, Stone had no doubts that the three lakes would produce monster results.

“I’m not sure that you can top what these guys did in Stage Three last season, but they’re sure going to try,” Stone said of 2020’s Stage Four return to Raleigh. “I think we could see a repeat quality performance from this field of anglers, but it’s going to be dependent on water level and water temperature.”

Keying on Levels and Temperature

Stone says that the two biggest factors in the anglers’ success come April 3-8, 2020 will be the water level and water temperature of all three lakes. In 2019, a heavy dose of early-spring rain led to high water levels in North Carolina.

“Jordan and Falls Lakes’ water levels can fluctuate quite often,” Stone recalled. “Two weeks before we got to Jordan Lake in March, it was more than 13 feet higher than it normally was. When they started to draw the water out, those fish pushed back way into the back where no one could get to them. When our guys got to them, those fish were unpressured, they were fat, they were feeding and they were accessible. That can happen again in 2020 if the water level is high.”

Stone also points out that the severity of the North Carolina winter can be another variable on the three lakes.

“A warming trend can happen around that time of the year and accelerate the spawning process or a cold snap could push everything back a couple of weeks,” Stone analyzed. “The Bass Pro Tour will be in North Carolina when the days are getting longer, so we could see that warming trend become a big factor. A cold snap could slow these guys down, but it won’t stop them completely. These fish in these three lakes are northern-strain largemouth, so they aren’t as affected by the snaps as southern fish are.”

A Wacky Worm, But What Else?

Jacob Powroznik dominated the final day of competition during Stage Three with 20 bass for 63 pounds, 4 ounces thanks to his utilization of a wacky worm. It was an easy choice for Powroznik, but Stone thinks if the conditions were right on Championship Sunday this year, we could have seen the Virginia pro rack up even more impressive statistics.

“The thing about Jacob’s win in 2019 is that if he had a sunny day instead of a cloudy day during his Championship Round, we would have seen his weight doubled,” Stone said. “We saw Wheeler, Omori and Evers be successful with moving baits such as crankbaits, jerkbaits, vibrating jigs, frogs and buzz toads, but I think the wacky worm will be a big factor once again (in 2020).”

Jordan Lake was the site of both Shotgun Rounds during Stage Three in 2019 and it got the event off to a hot start. Flooded brush and trees gave the anglers plenty of cover to work around during their first seven-and-a-half hours of fishing. However, Stone says the focus next year may need to be on other areas across the lake.

“Jordan Lake is known for its riprap and that didn’t really come into play in 2019,” Stone explained. “It’s one of the best riprap cranking lakes I have ever been on. I think that will be a huge pattern come early April.”

With more than 14,000 acres of water, Falls Lake was the host for the Elimination and Knockout Rounds in 2019. Falls is about an hour northeast of Jordan and fished as the most unique lake of the event.

Stone calls Falls a typical dirty-water lake with its stained water, riprap, laydowns, buckbrush and willow trees. But what makes this body of water unique is an imaginary dividing line in the middle of the lake.

“Falls Lake is very distinct because it’s kind of split up into two different lakes starting at Rollingview Marina,” Stone said of the only marina on Falls Lake. “Mid-lake down, it’s kind of like a river in the way it looks and fishes. Mid-lake up, it’s very open with a lot of space to run around. It’s two completely different lakes at one venue.”

Shearon Harris Reservoir is a slot-limit protected lake. Any fish that measure from 16 to 20 inches cannot be possessed in a normal five-fish limit tournament. Luckily for Bass Pro Tour anglers, that slot limit is irrelevant thanks to the MLF catch-weigh-release format.

Stone says this is important because a 20-inch fish on Shearon Harris can weigh between 5-12 and 6-4. While the reservoir is small in size (4,100 acres), its fish are large in stature.

“Of all the lakes I’ve fished all across the country, when these fish make a push for the bank, I’ve never seen a lake with bigger fish in it than Shearon Harris,” Stone boasted. “It’s where I learned how to sight fish because I would roll into a pocket, spend all day there and catch 15 fish. The population of fish from 2.5 to 6.5 pounds is unbelievable. Shearon Harris is a protected lake and it has worked beautifully. That slot limit has really protected those fish and let them grow.”