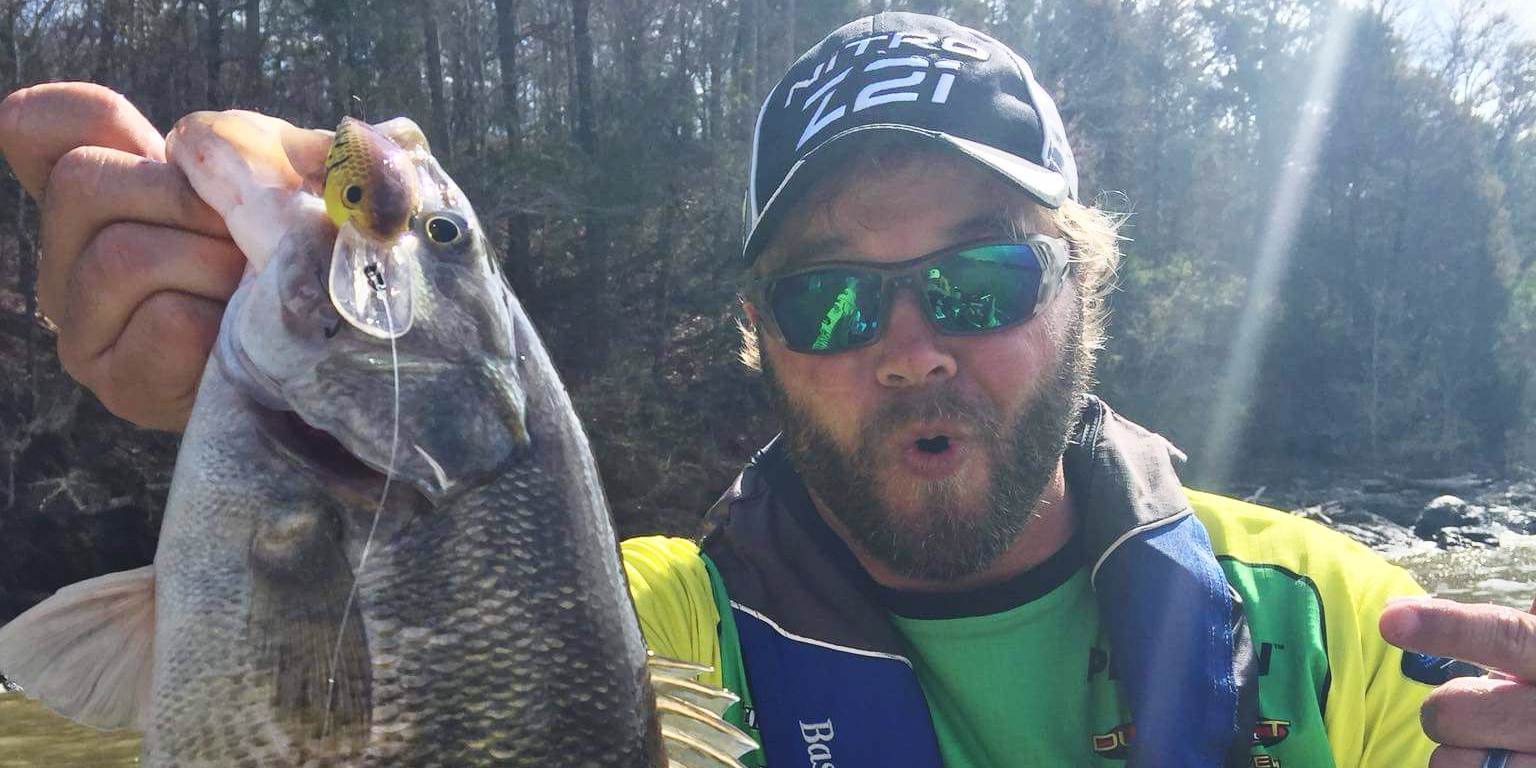 For many bass fishermen, the cool weather of autumn calls for crankbaits.

“I think the biggest reason crankbaits are so good in fall is there’s a lot going on,” says Alabama pro (and noted crankbait savant) Timmy Horton. “The thermocline is breaking up. No depth zone predominates over another. You have a lot of fish in the backs of creeks. At the same time, some fish stay deep on ledges in 15 to 20 feet of water and may remain there until it gets too cold to be out in current or open water.”

Look to shad for the keys to his high road/low road fall cranking approach.

“The crankbait bite is 100 percent shad driven this time of year,” Horton says.

In fall, shad born that season remain shallow and hover near the surface.

“Consider the shad itself and how it survives,” Horton explains. “It has to swim to breathe. It needs to be able to flush water through its gills. It also has to move to filter-feed. So it has to be constantly moving. The air bladders of young shad are not well developed. As these fish grow older, they can go deeper. But the ones hatched in July or August pretty much stay along the surface.”

Their constant movement and proximity to the surface eventually finds them in pockets and the backs of creek arms. Horton compares the phenomenon to the movement of a robotic vacuum cleaner that gets stuck in a small corner.

“That’s what happens to the shad,” he says. “They get pushed into small corners, and the bass follow them back and feed on them. That’s why I look for cover or the last bit of depth in a pocket or creek so often at this time of year.”

His first choice for shallow cranking is the Azuma Square Boss, a squarebill crankbait from Profound Outdoors, in shad patterns, of course. In stained water, he’ll opt for a shad look with a little chartreuse color mixed in.

“A lot of times I’m looking to get a reaction strike,” Horton says. “They aren’t necessarily hitting because they are hungry. There’s such an abundance of food in these areas that they can eat any time. But when they are relating to targets – close to rock and wood – I can still get those reaction strikes. That’s why a squarebill is so good.”

Mature gizzard shad aren’t limited to the surface layer (epilimnion) of the lake. Many will remain on the deep ledges where they’ve made their home along with bass.

Horton’s primary tool for deep cranking is the Azuma Timmy Horton Z Boss, a big-bodied crankbait available in two models. The Z Boss 20 dives 12 to 16 feet. The Z Boss 22 will reach depths of 16 to 21 feet. His favorite colors are Blue Moon and Two Timer.

“The thing about a big crankbait is you will get the bigger fish quickly in the schools because they are on the bigger shad,” he says.

He fashioned the hydrodynamic design of this bait, which has a tighter and softer action than other large-billed deep-diving crankbaits.

“These bass have been pressured all summer long,” he says. “The Z Boss is my lure of choice any time, but it really excels when fish are pressured.”

Distance trumps accuracy when deep cranking. His rod of choice is the 7-11 crankbait rod in the Duckett Pro Series.

“You can really load the rod and get that bow and arrow effect to get a long cast and get the crankbait down deep,” he says.

Horton pairs that rod with a Lew’s BB1 reel with a 6.4:1 gear ratio and 12-pound Bass Pro XPS fluorocarbon line.

Having the option of pulling bass from shallow cover or dredging them from the depths makes fall crankbait fishing particularly favorable.

“The other thing that makes cranking in the fall of the year so important is that I can mix it up,” Horton says. “I can work shallow and deep. I can cover water quickly and see what’s working best.”